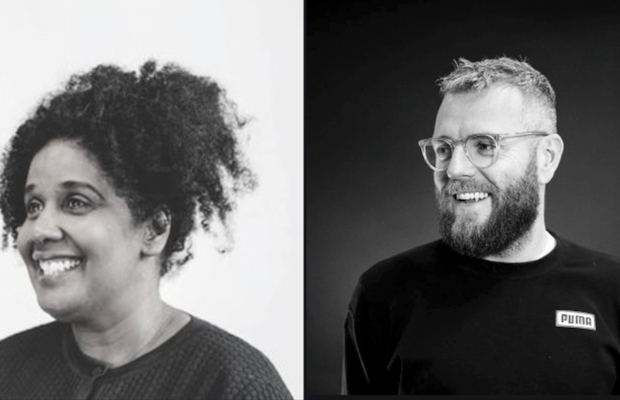 VIRTUE, the award winning creative agency born from VICE, bolsters its creative force with the appointments of Nathan Woodhead as Senior Director Creative Innovation across Western Europe and Carole Davids as Group Creative Director focusing on Northern Europe. They will both be based in the London office.

Davids arrives at VIRTUE with over two decades worth of experience in the creative industry. Kicking off her career with a creative role at McCann’s, Davids went on to various Creative Director roles at companies such as Karmarama, Leo Burnett, Syco TV and Heyhuman before moving onto The Elephant Room. She has played an instrumental role in the delivery of renowned campaigns for global brands such as Nestle (Knitting Nana’s) Kellogg’s, Mondelez, Uber and Diageo.

As a female creative, Carole is a strong believer in diversity as a catalyst for creativity. Additionally, Davids is praised on the Future Leaders list put together by Campaign and Creative Equals highlighting the next generation of female creative leaders.

Carole Davids about her appointment: “I am passionate about audiences and creating ideas that balance human insights and ideas to solve problems. Virtue is all about creating work that lives in culture which gives them a unique positioning. I am very much looking forward to joining the team and to create culturally impactful work that challenges norms and genuinely resonates”

Coming over from FleishmanHillard Nathan brings a wealth of creative experience in building creative platforms that harness the power of earned media. Over the years he's worked on award-winning integrated campaigns for the likes of Inspired By Iceland, Virgin, BBC Worldwide and Land Rover. The last year has seen him work with global megabrands like Bose, Samsung, Crocs, Fitbit, The V&A, Phillips, Unilever, Diageo and many more. His career history includes various creative roles at agencies such as Gott Folk, Scheybeler and The Brooklyn Brothers.

“I’m always seeking out ways that creativity can help clients get closer to audiences and thrive in the right parts of culture. Joining VIRTUE provides the perfect environment to do just that - the agency is made up of world-class creative talent, super smart strategists access to audiences that give us a unique grasp on people and culture. I’m excited to create in unexplored places as we make work that drives long-term fame and solves problems for brands, consumers and the planet.” Says Nathan Woodhead.

Beyond the day job Nathan works with VAULT Festival, one of the largest Arts festivals in the UK. Woodhead also spearheaded an industry first creative learning and development programme at FleishmanHillard - where he played an active role in several DE&I initiatives. He also helps the Creative Industries Federation on future planning and is currently developing a 2021 campaign promoting the UK creative industries on the world stage.

Davids and Woodhead appointments come at an exciting time for the agency. VIRTUE has added new clients to its roster across Europe including L’Oreal Paris, Mazda, IKEA, VW and many more. VIRTUE established itself as a true  creative competitor, bringing home prestigious awards such as the Cannes Lions Grand Prix, Eurobest awards and D&AD pencils and launching globally regognised projects such as Carlings adDRESS_THE_FUTURE, Q - The Genderless Voice, L’Oreal Signature Faces, McDonalds sustainable swimwear collection and DDR Museum - Tear Down That Wall.

Louise Lang, managing director Northern Europe, Virtue: “We are incredibly excited to have Carole and Nathan on board. Their appointments will strengthen us in our ambition to find new and bold ways for brands to be seen and matter to the world.” Susan Pratchett, Managing Director Western Europe, Virtue adds: Nathan's experience in crafting integrated earned media campaigns that aim to solve problems and Carole’s impressive creative track record in creating culturally impactful work that genuinely resonates with real people, is exactly what we are looking for to continue our momentum."