“We Built a Country in 49 Years, Why Can’t I Get a Campaign in Three Days for Less?” 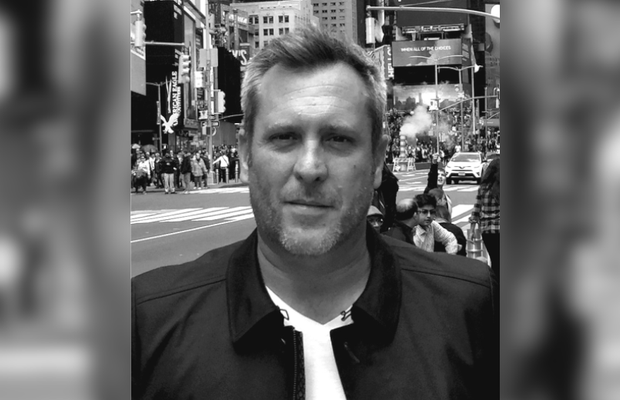 BIG KAHUNA FILMS, the award-winning creative production house based in Dubai and Beirut is proud to support creativity across the Middle East. Over the coming months, as part of our sponsorship of LBB’s United Arab Emirates, Lebanon and Kingdom of Saudi Arabia editions.
Ryan Reed arrived in the United Arab Emirates in 2007, when it was just 36 years old. There he found a place of unparalleled creative ambition and an industry in flux. As CCO of M&C Saatchi UAE and GCC, Ryan is seeing a flourishing pool of local talent and an industry that’s less interested in aping the West and finding increasing success with creative work that truly taps into local insights and culture. As a regional hub for talent, that creative voice is being infused by influences from Egypt, Lebanon, Turkey and India but all with a uniquely Arab love of storytelling and distinctly Dubai enthusiasm for technology and innovation.

LBB> Quite unusually for a global network, M&C Saatchi opened in Abu Dhabi first before opening the Dubai office - why did it go that way round?

Ryan> As a global network we are fortunate to be invited to some of the biggest global pitches that there are and for our region that was none other than Etihad Airways back in 2012.
To truly support the airline as their partner, that meant having all arms and legs on the ground (sometimes in the air) but most importantly in the region.
After helping re-imagine the airline across 75 markets, the campaign was not only successful for the client but game changing for us in kick starting a huge growth spurt and cementing the M&C Saatchi brand in the region. We built a strong reputation and were on the agenda and in the minds of some more of the most iconic brands in the region. We became the leading AUH based agency, which meant our neighbours down the road also wanted a piece of us.

LBB> Since the Dubai office launched in 2016, how has it grown and evolved?

Ryan> Abu Dhabi takes a long-term view on strategic brand building, setting the right foundations and conditions for future great work to be done. The nature of the clients there are much more government and institutional but with an appetite to do work that breaks the mould.
Dubai on the other hand is more fast-paced, it’s pushed us to be more urgent and disruptive with a bigger focus on driving ROI with a completely digital and social first mindset. Two offices with different approaches that we’ve successfully ‘smooshed’ (technical term) into a solid regional integrated powerhouse M&C Saatchi brand.

LBB> What attracted you to Dubai in the first place? And what was the local advertising scene like when you first moved there? Did it meet your expectations?

Ryan> Dubai was turning 36, brand new in terms of a major global city. It was doing some crazy things, disrupting and changing perceptions of the region. The ad industry was still relatively new and recruiting globally, as was the trend across all industries to buy the best talent to grow the sector. It was incredibly competitive; local agencies were vying for the attention of multinationals to snap them up and this siloed agencies and stifled the creative culture.
Because the UAE was developing at break-neck speed, clients weren’t shy with budgets, spending big on mainly film and print campaigns with top international talent. There seemed to be a big international awareness agenda, “look at us and what we’re doing here”, which reflected in the work, celebrating international rather than local. Higher value was placed on global award shows rather than really celebrating local, relevant work.

LBB> And how has creativity and advertising in Dubai evolved since you’ve been there?

Ryan> The UAE has become more self-aware. It used to be influenced by work done in the west because that was the benchmark, the volume was driven by regionalising global campaign work and our clients’ global HQ (outside the region) called the shots more often than not in the early days.
However, the widening talent pool, particularly amongst younger home-grown creative talent, has allowed us as an agency to truly embrace our agency mantra of diversity of thought. There has been a significant shift towards richer, more creative local storytelling and campaign ideas.

LBB> What do you think are the misconceptions people outside of the UAE have about the creative culture in the UAE?

Ryan> “Too new”. “No soul”. “Closed minded”. You don’t transform a desert into an inspiring country without creative vision. This is a driven multicultural, open society. A melting pot of influences from all over the world. Around 200 nationalities have made this home bringing with them their creative culture. Food, fashion, art, design and technology all drawing from this rich diversity and the UAE is expressing itself in this eclectic uniqueness.

LBB> One thing that’s super exciting about Dubai is the desire to be the biggest, best and first. There’s so much investment in tech, infrastructure and futuristic public works. How does that rub off on creatives – does it up the game or influence the kind of ideas you come up with? And how does it rub off on clients in terms of ambition?

Ryan> This place is insane, it’s got so much hustle. It’s not scared to do brave, take risks and break through. It’s a city that had to change its future, much like the people drawn to it. Impossible means nothing here, and that’s the spirit that rubs off on the creatives and clients alike. It’s not about the biggest, the best or the firsts, it’s about reimagining, reframing and challenging. And this region knows a little something about the importance of change to grow. Sounds like I’ve drank the Kool Aid, but damn it’s exciting.

LBB> What are the biggest challenges facing the ad industry in the UAE?

Ryan> What makes the UAE inspiring is also what makes it challenging. “I want it now, I want it great and I want it for less.” No different to the rest of the world, I’m sure but it’s hyperbolised here. “We built a country in 49 years, why can’t I get a campaign in three days for less?” The pace can be unprecedented and the need to drive value can sadly often mean that RFP decision making is more strongly weighted around commercial submission rather than the work. And the UAE is definitely not about mediocrity when it comes to any of its final products.

LBB> I’ve been hearing a lot about how, while Dubai has long been a hub for international talent, Arab talent and local insights are really flourishing. What are your thoughts on that?

Ryan> The region has evolved, it’s more self-aware. Arabic is the primary language and with a massive appetite for social and digital the content needs to be hyper targeted which demands unique cultural insights to create relevant and richer storytelling that connects.
Dubai is a business hub for the MENA region which means Dubai agencies are producing regional campaigns which rely on local strategic and creative insights for better, more authentic work.

LBB> Across the MENA region, there are some countries with a really distinctive taste in advertising – the big musicals and comedies of Egypt, the really punchy social good work in Lebanon that often performs well internationally. Does the UAE have a distinctive taste or flavour in the kind of work that resonates with audiences – if so, how would you describe it?

Ryan> The UAE grew up on the comedies from Egypt, the musicals of Bollywood and dramas from Lebanon and Turkey. Along with that comes the influences of the 200 nationalities who live here. Quite a mixed bag. We like to laugh (Ali Ali and Leo Burnett’s Du Tuesday work) we like a singalong (Emirates NBD and Dubai Police doing Shaggy’s ‘It Wasn’t Me’) but what stands out is how we’ve adopted tech and innovation (TBWA’s Highway Gallery for Louvre Abu Dhabi and Nissan’s Camel Power). We’re merging the region's love of storytelling and the UAE’s innovative spirit to create some unique work.

LBB> M&C Saatchi is renowned for its Sports & Entertainment agency – I’m curious about that side of the market. What are the unique aspects of that side of the industry in the UAE, and what can the rest of the world learn from what’s going on in the UAE?

Ryan> There’s a massive opportunity here to connect brands with what people love. The UAE is the hub for the region, and it’s a region that’s opening up and wants to invite the world in. It’s invested heavily in tourism, events, concerts and is embracing the experience economy. And consumers here are hungry for unique experiences brands can offer. More so as the world starts opening up again.

LBB> It’s been a really tough year for every market – how has the UAE handled Covid? And how has the local advertising industry responded?

Ryan> Aside from oil, the UAE is tourism and airlines, which were the hardest hit sectors. But the UAE responded quickly and effectively with a no-BS approach to protecting its citizens, residents and interests. And the industry rallied around that common cause. Agencies and brands did work that informed and connected people and stayed clear of non-essential communication and puff pieces. Very little gratuitous “In these unprecedented times” manifestos and social distanced logos. Happy to say.

LBB> And looking forward to 2021, what would you like to see from brands and the local industry?

Areej Mahmoud: “Industries Change, but Stories Have Existed Since the Dawn of Humanity”

“Despite Everything, There’s a Real Sense of Optimism Right Now”