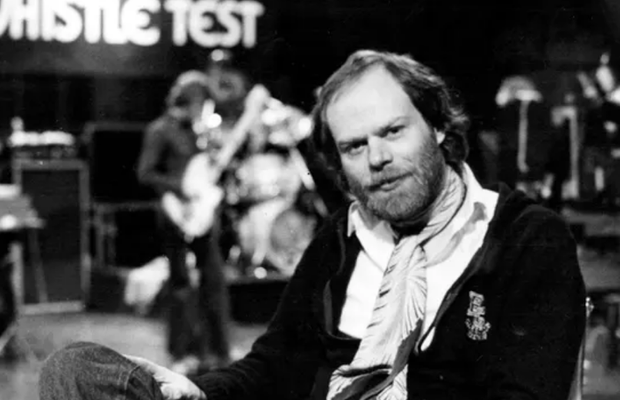 soundlounge music consultant Whispering Bob Harris discusses his journey and inspirations into the industry.
My journey to soundlounge began when I first started buying records as a teenager. Playing those early Elvis Presley, Buddy Holly, Chuck Berry and Fats Domino records to my friends. Seeing the expressions of joy and excitement on their faces was a game-changer for this young lad from Northampton.
For me and many of my generation, those records provided the rocket fuel that powered a glorious Rock ‘n’ Roll inspired transition. An energy that propelled us from the austere post-war world of the monochrome fifties. Then propelled into the brilliant colours that characterised the new counter-culture explosion of the 1960s. We were solid gold.
Music for sync
From the early days of the Rock ‘n’ Roll movies, music for sync has always been apparent to me. From epics such as ‘American Graffiti’ to ‘Woodstock’ and ‘Easy Rider’. It was here that I recognised the impact of sound and visuals. Additionally, as presenter of the Old Grey Whistle Test music show on BBC Two in the 1970s, I was part of the production team that experimented with this combination in a big way. We had total freedom to express our ideas on Whistle Test, a licence to experiment in those pre-music video days. In the absence of readily available promotional material from artists, we would often pass album tracks to film expert Philip Jenkinson. He would explore his collection of vintage movies to find clips that best matched and expressed the mood of those tracks. Doing this meant we were able to illustrate and visualise the music as creatively as possible. As a result, allowing us to sync music to film.
A history of putting music to visuals
Many of these combinations of film and music are still available on YouTube and most still feel absolutely stunning. Vintage black and white skiers accompanying a section from Mike Oldfield’s ‘Tubular Bells’. A cartoon express train rushing down a mountain track in a cloud of steam to ‘Keep Yourself Alive’ by Queen. Psychedelic colour swirls filling the screen while Emmylou Harris sang ‘Boulder To Birmingham’. This way of displaying music became an integral part of the atmosphere and success of the programme. A technique that was later adopted by the rap generation to express the vibe of their tracks. Meanwhile, I have continued to broadcast on radio and television and create award-winning music documentaries. I have acquired an awesome cross-genre music collection which has provided the backbone of the radio shows I have been building across the past 50 years.
Music for adverts
Creating these programmes has been a repeated joy and the idea of the visualising of music has been a vitally important part of the process. Developing what I call a ‘flow-through’ is fun and creatively exciting. I have always enjoyed matching the lyrics of different songs to develop a theme or a second-dimension narrative within each of the shows. Which I now utilise in my work when consulting on music for adverts.
As a broadcaster, reviewer, writer, television presenter and fan, I have had music at the centre of my life for more than sixty years and become a trusted guide for many. This is the vision, experience and expertise that I bring to soundlounge.
It all leads to this...
As Ruth Simmons, soundlounge CEO, observed when I first joined the company ‘…this sort of expertise does not come cheap’. And worldwide, it is recognised that there are literally only a handful of experts with this knowledge. To join the dots across so many eras and styles of music. Think Jody Denberg in the USA, Larry LeBlanc in Canada – the seasoned music aficionados. I am very proud to be acknowledged within this small community of people who really do know where to look.
- Whispering Bob Harris OBE, soundlounge Music Consultant

The Myth of Royalty Free Music

#LetTheMusicPlay Raises Awareness for the Plight of the Live Music Industry