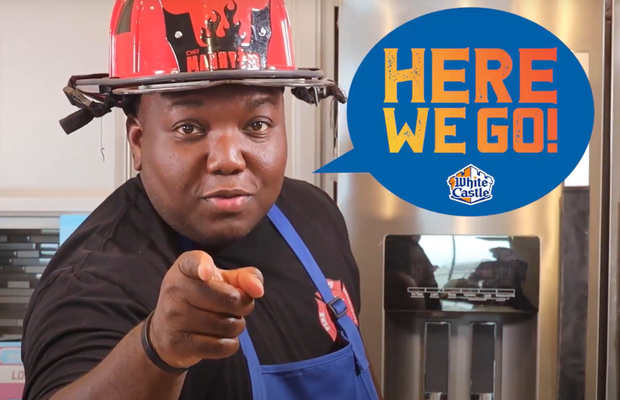 White Castle wants Americans to spice up Thanksgiving with a new twist on their cult-favourite Original Slider Stuffing. The brand has developed two new stuffing recipes, each made from their spicy Jalapeño Cheese Sliders. Agency Blue Chip has tapped a renowned firefighter chef and expanded White Castle’s social footprint onto the OnlyFans platform to help Cravers (fans of the brand) explore their ‘Spicy Side’ this holiday season.

The new campaign from Blue Chip features short videos with Manny Washington Jr., District Chief for the Orlando Fire Department (located near White Castle’s biggest restaurant) and stand out on Gordon Ramsey’s MasterChef. Food is central to firehouse culture, and Manny is among several firehouse chefs who have recently risen to prominence. Manny grew up in a firehouse where his father, Emmanuel Sr., taught him to cook as he prepared the team’s meals. His content for White Castle shows how simple it is to bring the heat to Thanksgiving or Friendsgiving gatherings with White Castle’s new jalapeño stuffing recipes.

Through Thanksgiving, a video for Bacon Jalapeño Cheese Slider Stuffing will air on YouTube, and shorter clips and content will appear on White Castle’s other social media platforms. Simultaneously, a video for an additional new recipe, Southwest Jalapeño Cheese Slider Stuffing, will be available exclusively on OnlyFans, the subscription-based social media platform known for a range of content, including a wide variety of cooking and lifestyle content. Manny’s 15,000 Instagram fans can react to and create from both videos on their own pages. After Thanksgiving, all videos will be available on White Castle’s YouTube channel.

“The holiday season is about to get a whole lot hotter because these recipes really pack the heat,” said Jamie Richardson, vice president at White Castle. “Our Jalapeño Cheese Slider is such a popular item in both our restaurants and in grocery freezer aisles, so we know our Cravers are going to love these new hot-and-spicy stuffing recipes.”

As one of the first brands to activate a campaign of this kind on OnlyFans, White Castle is extending beyond convention again. Manny’s OnlyFans content will be SFW. Any ‘steamy’ moments will strictly be limited to the Sliders in the recipe.

“White Castle’s Original Slider Stuffing is iconic, and bringing Jalapeño Cheese Sliders into the mix really sparked our team to bring something fun and unexpected to the table.” said Kit Fries, creative director at Blue Chip. “Working with Manny and activating on new platforms adds to the excitement surrounding these new recipes.”