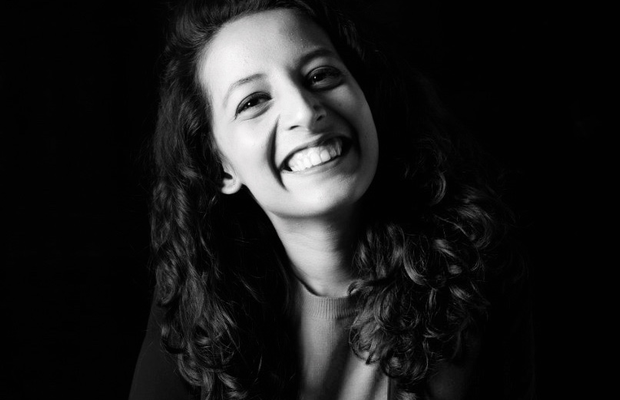 Impact BBDO’s Fatima Ansari is one who deems working in an office in Lahore where there are more women than men as “fortunate”, despite wondering if using this as a “ticket to impress” is enough to impact the industry. Although she jokes that she is the "Dora the Explorer of the Pakistani advertising world", the senior creative manager hopes to be able to leave something behind from her career to inspire the next generation of young female creatives.

LBB’s Natasha Patel spoke to Fatima about providing this inspiration and how by pursuing her chosen path she hopes to distort negative mindsets around creative fields.

LBB> Tell us about your background - when you were growing up did entering the creative industry ever cross your mind?

Fatima> Yes and no. Yes, because in my mind something like this would’ve been the ideal career for me especially after my marketing experience for a food startup while I was still studying.

No because I wasn’t aware until my graduation that I too could earn money by just ‘being creative’– I blame the unnecessary hype in my country around the corporate industry and the ancient ‘desi’ mindset dictating the negative assumptions linked to the creative fields. But the talk around this industry is what made it all the more appealing for me (took it upon myself to give everyone more to talk about!)

LBB> Did you study at university? How did this impact your career?

Fatima> I did, fortunately so. My plan was to pursue the design path and convert my love for art and tech into something substantial but I took a U-turn from there because of the lack of options.

I decided to enroll in a business school – did my BSc in Management Science from Lahore University of Management Sciences with a minor in Psychology. I do not regret taking that turn at all because as Google Maps aptly puts it “You’ve arrived at your destination!” after taking me on a drive around the unseen and forgotten roads.

LBB> As a woman do you believe, in Pakistan, that you've been given the same opportunities as your male colleagues?

Fatima> I’m very fortunate to be using the word fortunately for the second time here but given my personal experience only – yes! I have been able to settle, survive and progress in this industry because I have had female leaders above me and female managers beside me – so always had a sense of collective power and peace surrounding me. My current workplace has a higher ratio of female to male creatives. Not very proud to admit that there might have been instances where ‘an all-female team’ was used as a ticket to impress hence on the receiving end of more than JUST EQUAL opportunities.

But it would not be fair to paint the above picture for everyone and every place around me. I have had to see (as a third-party) rejections because “girls can’t manage time well between a 25/8 advertising job and home”. Because “it’s impossible for girls to be bread winners and bread makers both” (yes it is still very much a debate in my part of the world) and contrary to popular beliefs and scientific evidence, “girls are made of just emotions hence not ‘professional’ enough to reach the higher ups of the stressful Ad world.”

This culture makes me attach more value to each opportunity I am presented with – making me up my game so no one else has to do the same i.e. no other woman has to try harder/work more than required to make their space in the industry. More women need to take up creative leader positions so the next time the above doubts appear to surface in an interview, the interviewer gets assessed on them not the interviewee.

LBB> Do you hope to inspire young women in the region to follow in your footsteps?

Fatima> Without even trying to sound slightly modest – I am not in a position to inspire young women as of now. But I do aspire to inspire some at least. Simply put, I am just another Dora The Explorer of the Pakistani advertising world who’s taking help from every friend of hers (mentors), using every tool available (online resources) and solving puzzles/overcoming obstacles so the viewers can do it without being annoying like me.

I have to admit, it is tough to be that short, young and enthusiastic about exploration when most paths don’t even exist to take the trip. I have written countless mails to places confirming eligibility for a Pakistani, I have stalked an embarrassing amount of people to figure out the processes of events and surprisingly managed to get a lot out of this inquisitive nature. I hope that my efforts can one day become “saved templates” for the upcoming younger lot who are definitely not up for the monotony-ridden old system.

LBB> Are there any kinds of projects that appeal to you as a creative?

Fatima> Hoping none of my clients read this (I hope they do) – any project with a brief that doesn’t dictate me what creativity is but inspires that in me. A project that has zero must-haves because if something’s a must-have, the creatives would have it in there already. And if the creatives haven’t, it probably wasn’t a must have but just a mental branded checkmark.

The projects don’t necessarily have to have a human element but the intention behind them has to be human. A human communicating more than a brand talking. It has to touch the human heart before the brain. Anything that forces the humans to tune in than to tune out. I am probably getting my name on the bad books of the anti-capitalists as I say this, but Apple has to be one of my favourite brands – it sells the feeling more than the product and it wins every time. Half the world hates it enough to talk about it all the time and half the world lines up for it at 4am.

In an ideal world, I would love to work on projects that are labelled as effective marketing vs. brilliant creativity. Any piece of work that gets to the solution faster (and cheaper – a third-world country‘s reality) is always the answer and for that reason my recent work ‘The Hot Tea Stain’ is very close to my heart. An anti-brief given by the client (hospital) asking us to make them jobless i.e. take away the patients from them, forever. With $0 media spent, the campaign reached what we call in the sub-continent; The University of WhatsApp – the primary medium of news for desi adults and parents. It ticked everything for me: A film in which victims took the front seat touching the hearts of the tea-addict nation that was forced to tune into the uncomfortably relevant narrative and even more - share it.

LBB> Where do you see your career heading in the future?

Fatima> Upwards and onwards – very much the path I want to be on.

The current phase has painted a new picture of the future. While the present seems to be darker than my favourite colour black, I believe it also has set our perspectives straight and priorities right. At least it has given me confidence in “communication” being the superhero this world needs, so I plan on being the Robin to this Batman (you now know why I like black) or more importantly the Alfred.

I do at some point plan to venture into the core marketing end only to set the system and processes straight. To put in an effort into changing the lens with which brands and clients approach communication in today’s time. The Boomer talk for the Gen-Z world has to go. Replication of a 2009 idea in 2020 needs to be put back in the history books. Over-doing a global trend AFTER it has dug its own grave needs to be a ‘must-not do’ in everyone’s dictionary. Pakistani advertising really needs to pace up because the world is not going to stop (throwing challenges) for any back-benchers.