Executives will act alongside the agency's board following the philosophy built in the last years of using data and technology, creative efficiency 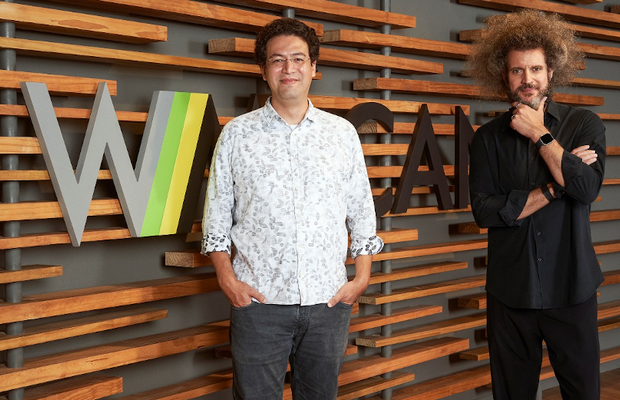 WMcCann announces that as of July 1st, 2021, Hugo Rodrigues, who has spent the past 3 and a half years as Chairman & CEO, will assume the role of Executive Chairman, while André França, VP of Data and Media, will be the new agency CEO.

From his new role, Hugo Rodrigues will be even closer to clients, and will continue to help André in his management, side by side with the agency's leadership team – Renata Bokel (CSO), Letícia Costa (Executive Director of Operations), Kevin Zung (COO), Marcio Borges (Director-General of RJ), Tato Bono (VP of Production), Vitor Lief (CFO), Alexandre Morais (Director-General of BSB) and Paula Molina (HR Director) – so that WMcCann continues attentive to market expectations, trends and opportunities, and always seeking the best results for clients.

André, on the other hand, will continue the work initiated by Hugo, engaging and empowering the entire agency with an understanding of data to generate insights and route corrections, adoption of new technologies, looking at the client's business with a total focus on the result, and helping brands earn a meaningful role in people's lives.

In recent years, WMcCann won 11 accounts in 11 months, jumping from 15th to 3rd place in the ranking of agencies. It was nominated as Agency of the Year at Caboré Awards, won their first Silver Lion, 10 Effie awards, and the first Professional of the Year award in the history of the agency in Brazil, in addition to bringing relevant results to clients, increasing the diversity of the teams and creating a culture of continuous professional development. Recently, the agency was nominated the number 1 in Brazil according to CENP-Meios.

At the end of 2019, Hugo Rodrigues felt that he was approaching the right moment in this evolution of leadership. Together with McCann's global board, and with MW Latin America President, Fernando Fascioli, the search for his successor began last year, since this process takes time and requires careful involvement with potential candidates, internally and externally.

“In this trajectory, one of my greatest desires has always been to help train new leaders. André has been a key strategic partner in this moment of so many changes in the world, where data, technology and the pandemic generate sudden changes in behaviour. The market keeps changing and moves every second to the area of technology and measurement. And we have an ace in that area”, said Hugo.

At WMcCann since 2015, André started as media director for LATAM and Mastercard, and in 2017, after Hugo Rodrigues arrived, he was promoted to VP of Media. With 25 years of experience, he started his career at Loducca serving HSBC, Sabesp and Coca-Cola. He was in the role of client as Nestlé's communication manager for eight years, where he was responsible for planning, media, events, promotion, packaging and the digital area.

At LOV, formerly Loducca Virtual, Andre was COO serving accounts such as ELO, Toyota and Sony. He has a degree in Electronics from the Federal Technical School of São Paulo, a degree in Social Communication from ESPM and a postgraduate degree from CEAG at FGV-SP. In 2019, he was one of the nominees for the Caboré Award, one of the most important awards in the communication industry.

His leadership was essential for the success of data intelligence labs for Coca-Cola, Nestlé and Seara, for the implementation of the performance tables of Banco do Brasil, Coca-Cola, LATAM and GM and for the acquisition of Grupo Petrópolis, Centrum and BNDES accounts. This year, he will be a Cannes judge.

“This evolution of leadership celebrates the achievements of Hugo, who for 3 and a half years has worked on the growth of the agency, attracting clients and talents, developing teams and creating opportunities for talented people to progress and succeed. André is the natural evolution for the agency's leadership in Brazil, growing internally after joining WMcCann in 2015. We are promoting someone who is part of the growth, success, and future of WMcCann. A digital native, technology expert and entrepreneur with 25 years of extensive professional experience in agencies and clients. André is respected by his peers, teams and customers and has the determination and clarity necessary to make things move forward with purpose and speed”, highlights Fernando Fascioli, McCann Worldgroup President for Latin America and the Caribbean.

“I am very honoured with this opportunity. First of all, I need to thank Hugo. He is the most humane professional with whom I am fortunate to work. His wit, energy and kindness are inspiring. I also thank Fernando Fascioli and the global board: Chris Macdonald, Suzanne Powers and Bill Kolb. And Kevin Zung, Ale Morais, Marcio Borges, Renata Bokel, Tato Bono and Vitor Lieff for the partnership and delivery, and the newcomer Letícia Costa. Sharing the agency's leadership with these talents, without a doubt, brings me security and tranquility”, says André França. “Our path is to continue a work brilliantly initiated by Hugo, bringing together greater maturity in the use of data, technology and innovation”, he concludes.