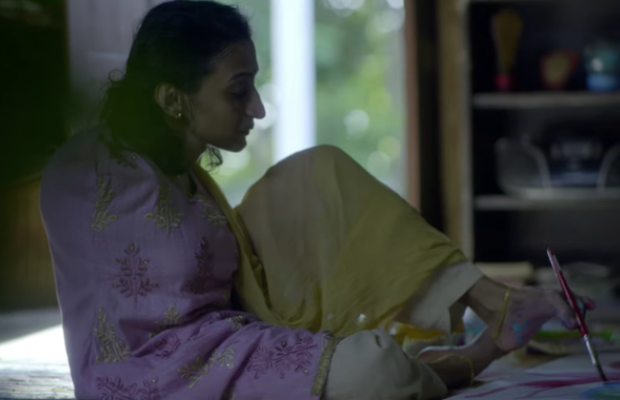 Every year, October 15 marks Global Handwashing Day. It’s a global advocacy event dedicated to “increasing awareness and understanding about the importance of handwashing with soap as an effective and affordable way to prevent diseases and save lives”. For obvious reasons, it’s an event that took on a heightened resonance in 2020.
Working for their client, Savlon, Ogilvy Mumai chose to depict the initiative in a very unique and eye-catching way. The Artist follows a foot-painting artist as the central character of the spot to hone in to viewers just how important hand hygiene is.
The team, including chief creative officers Harshad Rajadhyaksha and Kainaz Karmakar, pushed the boundaries of creativity and together with the Mouth and Foot Painting Artists Association and soap brand Savlon created a narrative that is as moving as it is important. Ogilvy Mumbai are no strangers to working with Savlon as Harshad explains: “This particular piece is actually a continuation of traditional meaningful work Ogilvy has been doing with the Savlon brand.
“There was one piece which was quite well renowned about three years ago called the Savlon Healthy Hands Chalk Sticks. We infused regular chalk sticks that kids in small towns in India used for their studies with chalk granules. The chalk that is on their hands, when they wash them before their lunch breaks, automatically converts into soap, and so it became a fun way of cleaning their hands.”
With a history of already creating strong campaigns around cleanliness and hygiene for the brand, Ogilvy’s team had to work harder than ever this year to come up with something that was equally as poignant while hitting home the message.
However, Kainaz explains that the team threw around many ideas before settling on their final story. “If you think of an idea for a global handwashing campaign then it's usually just a long series of rejections. So that's what happened this time. The team went through one round of rejection, a second round of rejection of ideas and they found this girl who was a fantastic foot artist, and they said what if we use her to give a message about hand washing”. 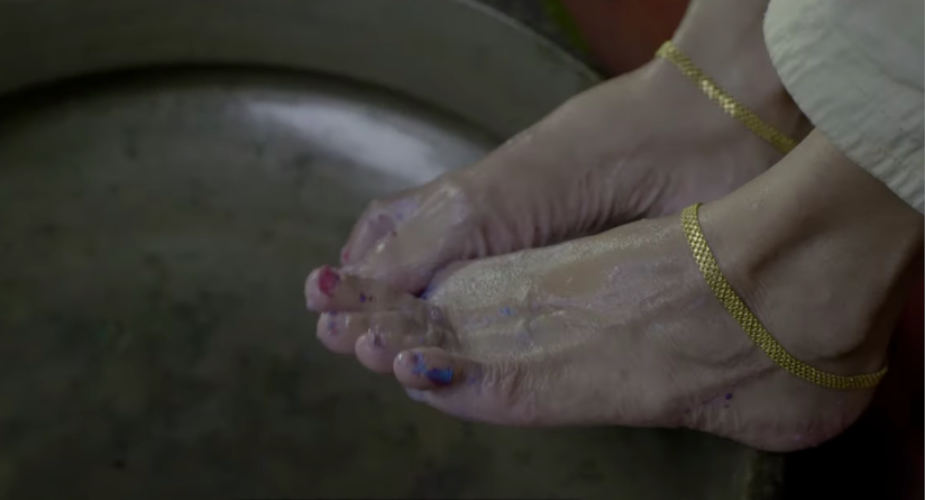 Once Ogilvy Mumbai’s team had settled upon their initial idea they were quick to come up with a script, which they presented to the brand’s head of consumer healthcare Sanjay Srinivas, and chief executive Sameer Sathpathy. With such a short time frame the client bought the idea – as long Swapna Augustine, the foot artist, was on board too. In lockdown this was easier said than done.
But Kainaz was adamant that this story had to be told – and for good reason. “Right now, the target market is everybody in the world, because hand washing is one of the easiest way to prevent coronavirus. It is also the easiest way to prevent more than 100 diseases. We don't know that a small thing like washing hands for 20 seconds properly with a good hand wash can save so much trouble. And if you don't have the habit of hygiene, so many people who die are children, so this message, and the need for this messaging becomes that much sharper in our countries.”
Covid-19 is extremely prevalent in India and with many restrictions still in place the team partnered up with production house Good Morning Films and director Afshan Hussain Shaikh, who is famed in the region for her documentary-style films, to shoot the clip while the Ogilvy team watched the feed remotely.
Foot artist Swapna is a real person, who showed off one side of herself for this particular campaign. In her everyday life she cares for her elderly mother, undertakes household chores and is teaching children how to paint – all with her feet. Perhaps there’s a deeper meaning within this piece about equality? Kainaz is quick to point out that there “cannot not be a deeper message within this piece”. 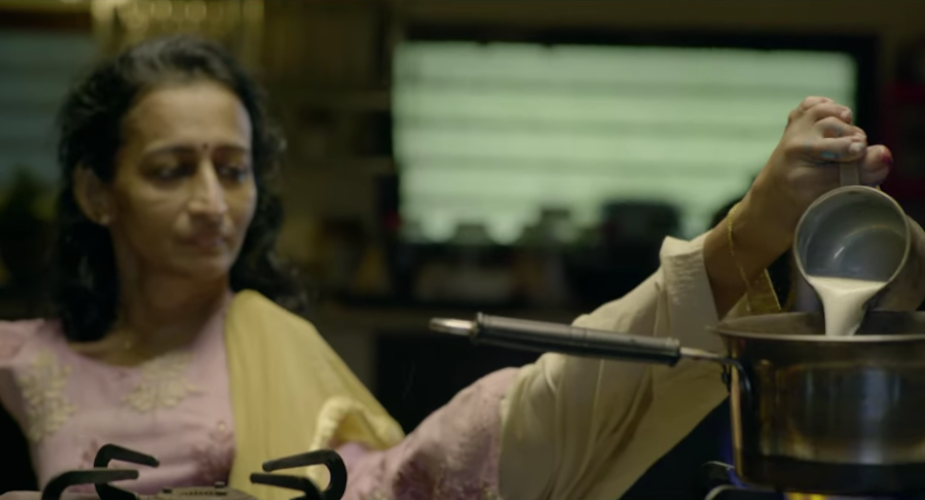 She explains: “It is not intentionally designed by us to give a deeper message. It was to talk about the importance of handwashing, but I think the deeper message is for equality and life. She has been looking after a mother ever since her father passed away, so she is a fully able person, and a high functioning individual who does what we do – or even more. The reason the film hits you so hard, is not just because of everything you see her doing with her feet, but it is about the fact that it almost makes you feel guilty.”
Harshad adds that this spot has been designed to evoke a feeling of inspiration and positivity. “She's not an actor, she's a real person and she radiates positivity even through your phone screen or any device that you're seeing it on. And that's what has made a huge difference to the appeal of the message that she's giving.”
If the intention of this piece is to radiate positivity and the importance of hygiene, the pair explain what reaction they had in the 24 hours after it was released. “We have really been overwhelmed by the sheer volume of goodwill and outpouring of love for Swapna as well as the message that we have communicated through her.” Harshad says, while thanking creative director Vinay Pawaskar, group creative director Fritz Gonsalves and senior creative directors Ashok Karkala and Jayesh Raut for creating the film. 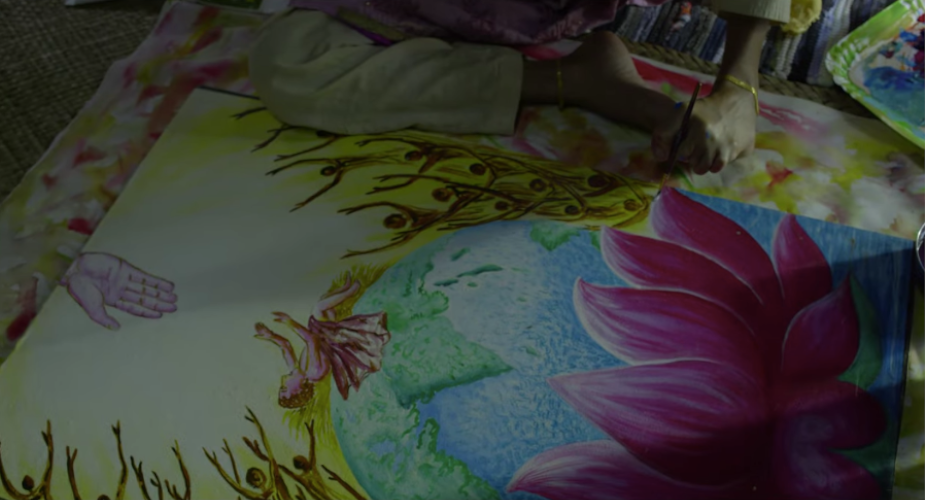 This campaign has, in particular, given rise to the team at Ogilvy to work closely with the Mouth and Foot Painting Artists Association due to the last scene of the film cementing Savlon’s vow to leave #NoHandUnwashed. “They have given an unique artistic touch of people who cannot utilise their hands but are yet in solidarity to Swapna’s message. We are intending for this campaign to have a ripple effect so as far as we are concerned it's only the beginning.” Harshad continues: “It's also humbling to know that something which your team has done something which you have been a part of, something that you have done is touching so many people on an everyday basis.”
Bringing such a campaign to life has the power to shape the lives of many Indians for the better, and despite Kaianz admitting that due to Covid it wasn’t easy to make this happens, she is grateful for what they achieved. “I feel the universe has come together to make this idea happen. I feel very emotional about it.”