Dan Cummings and Vic Bath step into the roles 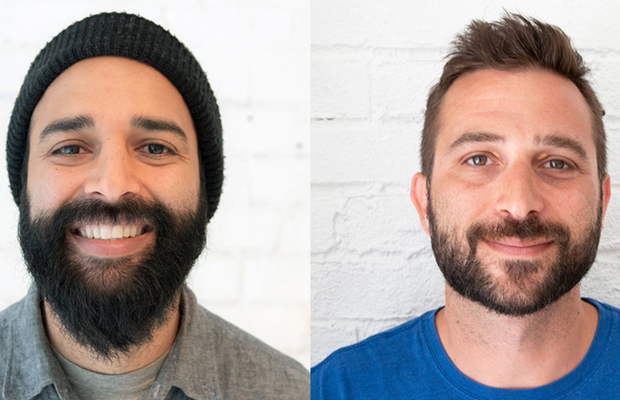 Zulu Alpha Kilo has announced the promotion of ACDs Dan Cummings and Vic Bath to creative directors. Dan and Vic recently launched the Tough Turban project for Pfaff Harley Davidson; inspired by the recent helmet law exemption in Ontario, they used the latest innovations in protective gear to create a new, open-source design for turban-wearing riders. The endeavour is receiving accolades from around the globe.

“We can always count on Dan and Vic to create game-changing, innovative work for our clients. They have the creative bravery to propose ideas that sometimes seem impossible to produce, but they have the tenacity to find a way to bring them to life,” said agency founder and chief creative officer, Zak Mroueh.

Dan and Vic have shown they are equally as comfortable with ideas on large scale projects like the Subaru Ascent ‘Big on Space’ campaign as well as with smaller, social campaigns, like the Harry Rosen Men’s Grooming program. With this project, they sent Harry Rosen Playoff Beard Grooming Kits to the Montreal Canadiens and Shaving Kits to the Vegas Golden Knights.

Other notable work for this duo includes the Cineplex Projecting Hope project, a CMA gold winner, that brought the movie-going experience to Toronto balconies during the pandemic. Cummings and Bath were also one of the teams that contributed to the ADCC All-Nighter Webathon. They worked on the launch of the award-winning #PauseToRemember & World’s Oldest Influencer campaign for the Royal Canadian Legion and its sponsor Homequity Bank. They followed that campaign with the second year’s instalment, the World’s Oldest eSports Team, a project that assembled a team of WW2 Veterans to stand shoulder to shoulder on the virtual battlefield. #PauseToRemember took home Silver, Bronze at the One Show, gold, silver and bronze at the ADCCs, and The Drum awarded the campaign its Grand Prix, amongst other recognition.

Dan joined Zulu in 2018 and has also worked at Cundari, SapientNitro and Cossette. Vic joined the agency in 2019 and has worked at Rethink, dentsumcgarrybowen, TAXI and McCann.