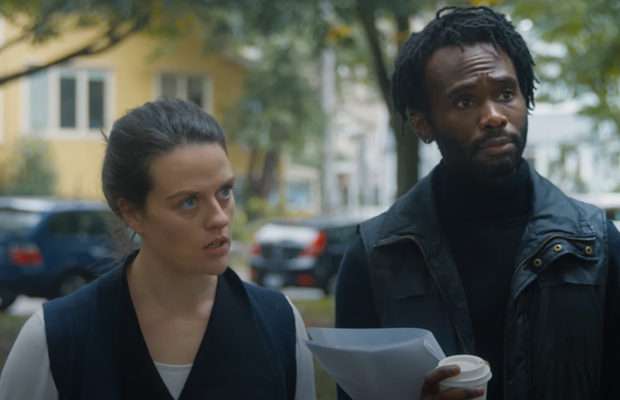 Whether it’s creating dogwalker campaigns, embellishing results in case videos, or even going as far as to run ads without their client’s approval, agencies will do anything to win awards. Zulu Alpha Kilo’s hilarious new 'Awards Gone Wild' video pokes fun at the industry’s awards obsession by showing what would happen if other professions resorted to these same tactics to win awards. We see a lifeguard asking people on a beach if he can pretend to save their lives to win an award. One scene shows a doctor asking a perfectly healthy patient if he can perform a triple bypass on him to win the Heart Surgeon of the Year award. We even see two little girls trying to win a bake sale award by having customers hold piles of empty cookie boxes to enhance their case study video.

By satirising all the outrageous lengths agencies will go to win awards, Zulu is hoping to start a conversation about awarding real work again. Everyone knows that feeling of seeing a campaign win Gold and asking yourself, “did that actually run?” or “is that a real client?” As long as it looks great in the case study, the work doesn’t even have to be real anymore. In the past, there have been many ‘scam’ ads that won international awards without even having client approval. And these days, some clients are even complicit in the awards process with their bonuses tied to awards wins. The other part of the problem is many of the awards shows themselves. Instead of awarding questionable campaigns, they need to crack down on the scam work that plagues the industry.

After the pandemic shut down most international shows last year, this year’s awards season felt particularly intense with two years’ worth of work eligible to enter. This inspired Zulu Alpha Kilo founder & CCO Zak Mroueh to make this video. “This year, it really hit home how much time, effort and money we all spend on awards shows. In speaking with leaders in other agencies, there were times where it felt like we’re all working in the case study business, not the advertising business.” Mroueh laughs. “With this video, we wanted to poke fun at ourselves as an industry, while also starting a conversation about getting back to awarding real work.”

'Awards Gone Wild' debuted at last night’s Agency of the Year competition in Toronto. The annual awards show is hosted by strategy magazine, Canada’s largest trade publication for the industry. As part of the show, the top agencies are invited to create their own self-promo videos about whatever subject they want. Zulu has often used these videos as a platform to push back against the industry’s sacred cows. One of the most well-known examples was the viral sensation “Say No to Spec”, which started a movement against spec work in new business pitches and has garnered millions of views on YouTube and Facebook to date. Other comedic videos have included 'World’s Worst RFP', satirising the RFP process, and “Billy’s Lemonade,” which lampooned holding companies, while celebrating agency independence. Like all previous Zulu videos, Mroueh once again directed this year’s video through the agency’s in-house production arm, Zulubot. The creative team of Jonah Flynn and Michael Siegers wrote this year’s hilarious and insightful script.

Besides screening one of the most controversial videos of the night, Zulu Alpha Kilo also won Silver Agency of the Year. All their work was won for real clients from Campbells to Subaru!