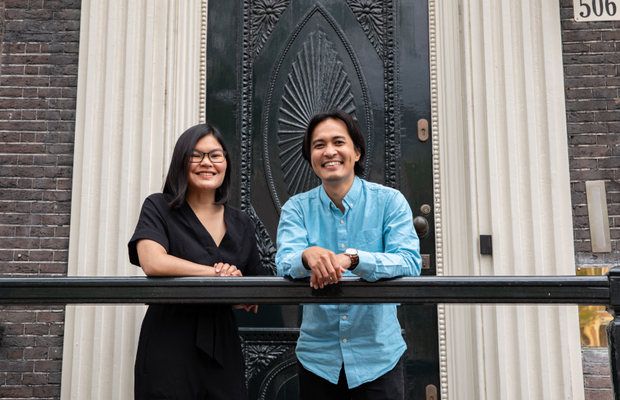 180 Amsterdam is pleased to announce the strengthening of its creative leadership team with the appointment of two new ECDs, a creative director team, a data-focused Strategy Director and the promotion of one of its own creative directors to ECD level.

Creative partners Katrina Encanto and EJ Galang have joined as ECDs, after spending seven years as a creative team at MullenLowe London leading global clients such as sloggi, Nutella and several Unilever brands, while working on others such as Dulux paints and charities the pair believe in.

They will be working alongside the newly promoted John Messum, who steps up from creative director to ECD. John has been behind some award-winning brand campaigns for DHL, Qatar Airways as well as partnership campaigns with FIFA, Formula 1, Barcelona FC and Manchester United.

Katrina and EJ have more than a decade of global experience together having worked in the UK, Thailand, Italy and their native Philippines. While at Lowe Thailand, their Sunlight work was one of the most awarded campaigns in the world, winning top awards at D&AD, Cannes Lions and other major international shows.

While at MullenLowe London, Kat and EJ were part of the team behind Redraw The Balance, a gender equality campaign that has gained global attention and has been recreated by the UN and the NHS. This work has also been recognised with two gold Effie awards, helping MullenLowe London become UK Effie Agency of the Year in 2017.

Katrina was also named as one of 30 Future Leaders by Campaign and Creative Equals in 2017, a recognition of the award-winning work she has produced in her career.

Alongside their passion for the work, Katrina and EJ offer advice to returning creatives, mentor young people from underserved communities, and help juniors become award-winning independent creatives. They sum up their recent creations as, “a music video with a rapping granny in her underwear, a social experiment that’s been recreated by the UN, and a magazine cover that made it to Times Square”.

Kalle Hellzen, chief creative officer at 180 Amsterdam said of the new hires: “I am super excited to welcome Kat and EJ to the 180 creative family. As creatives and as leaders, they are pushing the boundaries within both their work and their commitment to fostering inclusive cultures. Having Kat and EJ on the team adds a fresh perspective as well as deepening our ambition to both see and create the world as it could be."

Of the move, Katrina and EJ commented: “We love getting stuck in the work but we're equally passionate about mentoring and fostering a diverse and inclusive workplace. We are thrilled to join 180, work with everyone, and have a significant contribution to the world as it could be.”

Sander Volten, global CEO of 180 added: “Bolstering our team with the world-class creative caliber of Kat and EJ is yet another example of the exciting growth the agency is experiencing this year, a year which sees us cement our belief in the world as it could be. With 40 new hires since the start of the year and now several new creative teams joining the mix, let’s see what the next half brings.”

180 is also excited to welcome a new creative director duo, Marlon von Franquemont and Reinier Demeijer-Gorissen, award-winning creatives who have spent the majority of their career working out of Berlin for agencies such as Jung von Matt, DDB Berlin and INNOCEAN Berlin.

Over the course of their career, the pair have worked with international brands including Mercedes-Benz, Nikon, Hyundai and Charité, picking up numerous awards along the way at Cannes Lions, D&AD, Eurobest, and ADC Global to name a few.

Most recently they were awarded a Gold and Silver Lion at Cannes Lions for their campaign ‘Printed by Parkinsons’ as well as two Grand Prixs at Eurobest for the same piece.