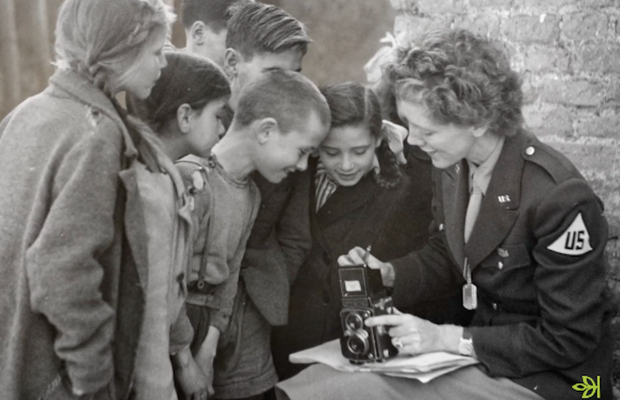 Over the past six months, 19 Sound have been collaborating with the San Francisco based agency, Bonfire Labs on two projects for Ancestry.com, a company that traces your family tree or DNA to uncover your history and ethnicity, giving you incredible incite into the people of the past, that shape who you are today.

The first campaign focused on the Suffragettes movement, commemorating the milestones in the fight for Women’s Voting Equality and inviting us all to research the important women in our own families history.

The team at Bonfire loved a track that 19 Sound had written for a film for Dazed called ‘Qweens speech’. This film is an alternative take on the traditional Queens speech, featuring leading figures in the LGBTQ+ movement such as Sam Smith and Munroe Burgoff the spot celebrated gender rights and activism in 2019.

Bonfire Labs felt the music that we had created for Dazed brought up feelings of both heroism and struggle for a better world, and it was that feeling that they wanted replicated in the music for their Ancestry campaigns. With this as our reference, we began composing a new track specific to the suffragette period and its movement as a whole.

The final film, was called "The Women Who…”

After the success of this campaign, 19 Sound were invited back to work on the follow up campaign.

With a focus on WW2, the musical direction needed a change, in order to balance the heroic efforts of the people involved, and the celebration of those efforts, against what was also a brutal and tragic period in world history.

With the clients based in San Francisco, the team were already prepared to work remotely, but the Covid-19 situation also brought up the additional challenges. And with the announcement of Lockdown in the UK, they quickly moved the gear from the studio in Soho, into our respective homes.

Will set up his sound design / mixing studio in Cambridge, Jack set up his music production studio in Hackney, and Oscar, who would be managing the whole project, set up his production office in Erith. Within the day that took to set up, the boys were ready to go.

The brief was to keep this new track in the same 'family' as the Suffragette piece, but add details that brought it closer to the themes in question. The team also had to take into account how Covid-19 was impacting everyone, and make sure the music was appropriate for the time people found ourselves living in. The piece was rescored to make it stand alone, but implemented the same instrumentation and production techniques.

The team were also able to adapt some of the strings and instrumentation that were recorded previously. As alternates, they added military drums, and various military horn options. The military drums, added a nice stand out element that was adapted for the radio mix.

The radio mix can be listened to here:

A final version, featuring the military horns, was approved.

The overall result, are three tracks, across two campaigns for TV and radio, that all compliment each other but also stand up on their own merits. The striking imagery created by the Bonfire team for the TV spots, features real photos from the WW2 and suffragette period.

These images are brought to life through innovative and subtle animation techniques. Two emotionally powerful campaigns, that the team at 19 Sound feel very proud to have been involved in.