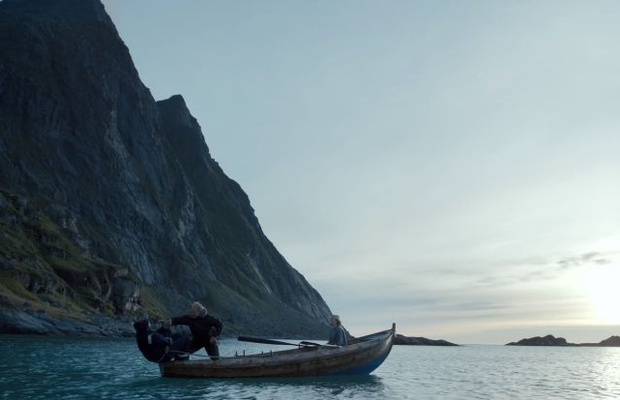 Set in the arctic circle in the 24 hour sunlight, it tells a story of retribution and tradition in a remote rural community.

19 Sound were in charge of sound design, music and final mix and relished the opportunity to work to the beautiful widescreen cinematography of this arctic peninsular.

The team at 19 Sound wanted to combine the sound design and music into a fully immersive experience. This meant combining elements of sound design with music, making it feel like part of the landscape.

From the sound design side, 19 Sound pitched winds to be in key with the music, composing drones from their tonal elements to match the strings, so the winds took on a musical quality. In addition, the ticking clocks took on the music’s rhythm and added a subtle layer of urgency to the score. The team used underwater rumbles, matching them to a rhythmic timpani, to build to an intense panic at the end of the film.

The music was composed to fit the landscape, encompassing a big sonic range, from the bass reversed pianos of bespoke drone beds, to the high single string lines - still sparse - but grandiose, representing the huge still landscape of the film.

Jack Wyllie and Will Ward, founders of 19 Sound, commented: "Merging sound design and music in this way is something we love to do in all our personal projects and to be able to apply these techniques to such a cinematic film was a real pleasure. It helps add a whole layer of immersion, not possible without close collaboration between the two sides, which is something we always strive towards at 19 Sound."