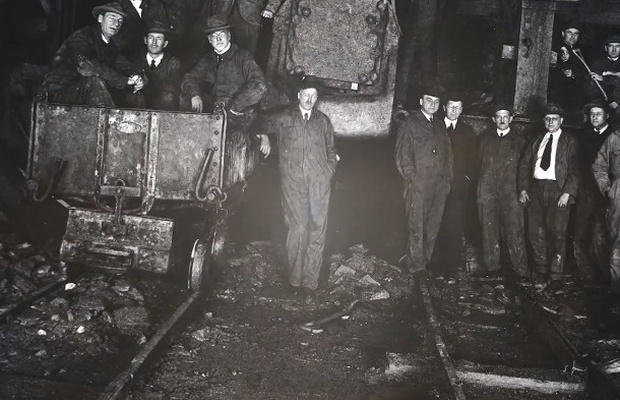 After successfully working with director Louis Mackay, The Corner London and adidas in creating the soundscape for Manchester United's 2018/19 third kit launch film, 19 Sound’s Will Ward and Jack Wyllie were invited back to work on a follow-up film created to launch the new home kit.
This kit was especially designed to pay homage to the club's origins when it was founded in 1878 as Newton Heath Lancashire and Yorkshire Railway Football Club. These humble beginnings provided the inspiration for the films new vs old visual aesthetic.
The film centres around an interplay between Spanish midfielder Juan Mata and images of the original rail workers of Newton Heath. Visual references to train tracks, moving trains, tunnels and grinding industrial machinery alongside flashes of the originators in their workers gear are intercut and set against Mata modelling the kit.
The challenge for Will and Jack was to create a soundscape that reflected these images in a new and exciting way. Sounds of trains, trains passing and large metal machinery clacking, were sampled and played through a drum machine. Then a pulse was added to hold the whole film together, acting as a sonic backbone whilst maintaining the underlying train theme. This, combined with more traditional drum sounds (high-hats, snares etc..), gave Will & Jack a really interesting pallet to play with. Some lighter melodic elements were then incorporated to steer it away from sounding overly dark (We were also able to create a much darker track for the director’s version).
When it came to thinking of an overall influencing style for the music, trap and grime was an obvious reference. Not only did its rhythmic style match the tone of the film but adidas were leaning towards this style of music across a lot of their content.
It seemed a perfect match and a natural route to take.
Initially the track was only created for the final third of the film, but 19 Sound ended up extending the music to play throughout, using it as a hook to draw people in from the outset. With final tweaks to the sound design and some playing around with the positioning of the music, the final soundscape was complete.
The spot ended up with a “new vs old” audio aesthetic that fused together both sound design and musical composition techniques in order to fully complement the inspiration for the film’s visual aesthetic.
To find out more about 19 Sound, and working with Will Ward & Jack Wyllie on your next project, contact oscar@19sound.com.
Agency: The Corner, London
Client :Adidas / Manchester United
Director: Louis Mackay
Editor: James Harford
Agency Producer: Theo Phillips
Sound design, music and mix by Will Ward & Jack Wyllie