LBB posed the question ‘What will 2022 hold for production and production services?’ and industry experts shared their responses 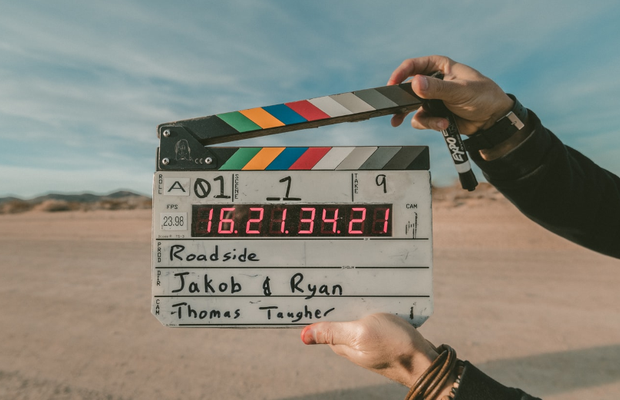 The last two years have been anything but ordinary, but as we leave 2021 behind and embark on new beginnings in 2022, we wondered how production may have adapted and will continue to adapt with the times.
The world remains limited by the pandemic, sustainability is favoured more than ever, diversity is celebrated and the year ahead is set to look promising. Whilst some predict that local production will be preferred due to restrictions in travel, many see it as an opportunity to implement more sustainable efforts. To gain an insight into industry perspectives, we spoke to experts across production and post production.
Halal’s Gijs Determeijer, Rekorder’s Dominik Meis, PSN’s Michael Moffett and humans.’s Timothée Boullié and Thibault Dumoulin share their thoughts with LBB’s Nisna Mahtani about production and post production in 2022.

2020 and 2021 have been exhausting years for production companies. Everything you think you know means nothing - when travel restrictions, infected key crew and randomly disappearing jobs are in play. Nonetheless, we have had our best 18 months to date, so I really can’t complain, and I won’t. But if 2022 can become a bit more structured that would be amazing!
Our growth in these weird times can partly be contributed to our direct-to-client work for the new car brand Lynk & Co. So this made us decide to officially launch a new division called HALAL Studios. A creative studio to bridge the gap between brands and makers, adding a top-level creative and strategy team to our production company, headed up by creative director Pascal Duval, former Head of Creative at ASOS and Chief Creative Officer at VanMoof, who will be working with Caroline Hagoort, our head of studio, who has also come from the client-side at Booking.com and eBay. We’ve been presenting HALAL Studios to brands and clients for the last two weeks now - and so far every meeting has turned into a brief… so that’s pretty promising! That shows there is flux in the business and a real hunger for new ways of working.

Let's not kid ourselves, much will remain as it is, and budgets and schedules will become even tighter (which together is a particularly bad combination). But I'm hoping for two things: first, that a renewed sensibility will also show companies that they can only get through to people with a special and unique approach. With more thoughtful, pointed, less interchangeable, more credible scripts and a new love for quality in all aspects. Second, that the new cohesion we've learned in the last two years, the humanity, finding new ways, the awareness of what's important and what's not so important, will help us cut out the bullshit and simplify things in the best sense.

The pandemic is impacting production services unevenly across the planet. Consider how the Omicron outbreak undermined a strong start to the high season in South Africa, compelling stakeholders to pivot commercial film production to alternatives like Spain, Portugal, Chile and Uruguay.
So long as cameras keep rolling, the only sure thing these days is the domestic market. Many clients prefer to pay higher production costs at home to play it safe. It's no wonder there is a shortage of crew in major film hubs of the US, UK, and Germany, to name a few. Producers who used to travel from these countries to produce campaigns worldwide are more often charged to execute projects conceived from the start to be filmed at home.
But a lack of available crew can make that a challenge. Producers face a crew base already stretched thin due to the boom in long-form production. The quarantine in Thailand last year (2021) exacerbated that shortage because commercial shoots of a few days didn't make sense for months. Once the quarantine was lifted, many A-list commercial film crew had committed to working on long form projects through much of 2022.
Fortunately, the world remains full of feasible options for film projects. PSN's Shoot Status table keeps producers up to date.
Never has it been more true that the only sure thing is change.

2022 will hopefully be a year of renewal all around the world. We are glad to evolve in a more diverse, inclusive and eco-responsible environment, and we are definitely doing our best to be part of the movement.
We believe this is the year to see the glass half full and look at the bright side of all that this world has to offer. Brands can still, and even more should again, generate positive vibes and angle their communication around their exemplary deeds. We believe our actions define the world of tomorrow and we can at our very little level create a virtuous circle.
The way to make it work is to keep it simple! Making good films, in good working conditions, always trying our best to make something that we can be proud of, because what we produce is the legacy we leave behind.
To create a universal message and spark a common positive movement, we need to tell super specific and authentic stories. That's why we believe story driven films are more than ever needed this new year, those set in the real world, that truly depict what it is to live as humans in 2022.

Is Purpose a ‘Hero Trap’?

The Power Of Immersive To Transform Your Marketing