Strike, a new digital-led estate agent is the first in the UK to offer home selling entirely free of fees, via a new mobile app that launched Monday 20th July 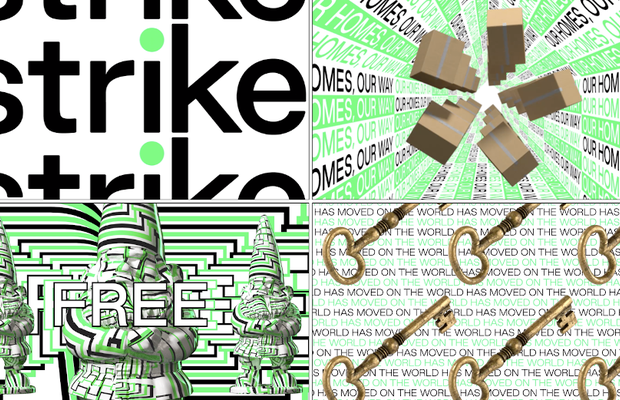 Backed by Carphone Warehouse co-founder Sir Charles Dunstone, Strike is the evolution of Housesimple, one of the UK’s first online agents, which sold £1 billion worth of properties after it became the first agent to sell homes for free in 2019. From Monday, Housesimple has re-branded and expanded to form Strike.

20something was appointed to develop the launch campaign, following a competitive pitch between London agencies in March. The account had previously been with The & Partnership having been appointed as agency of record in 2018.

Will Thacker, creative co-founder of 20something said: "Strike has something new to say in a category crying out for change. In a dull and clichéd market, it’s an injection of energy. First and foremost, we wanted to transcend estate agency conventions and unapologetically announce their arrival. A move away from the cookie-cutter hackneyed comedy scripts that occupy the space, creating a campaign that looks and sounds like nothing else in the category. Appropriate for a new dynamic brand moving things forward in a changing world".

Sam Mitchell, chief executive officer at Strike, said: "20something has been great to work with. Their strategic thought and creative execution helped us craft a disruptive yet inclusive campaign. It was refreshing to work with a smaller independent; the way they could react quickly and could iterate at pace was made all the more remarkable given we built the whole campaign during lockdown, only ever communicating remotely."

Sir Charles Dunstone, majority investor in Strike, said: “We are so excited to be challenging the industry with Strike. We believe the way Strike blends people and technology to sell homes for free is a truly disruptive proposition that will lead to a better deal for customers.”

Campaign work across TV, social and digital is live from Monday 20th July 2020.