3 Words for Paris: One City, Two Artists, Three Words and Millions of Possibilities 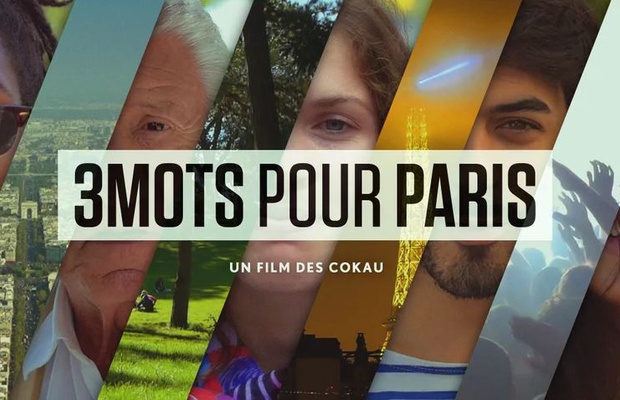 In 2014, Bang TV’s directorial duo Cokau – aka Achille Coquerel and Thomas Kaufmann - took to the streets of the French capital to ask dozens of people a simple question: What makes Paris so special… in three words?
Their quest resulted in a catalogue of over 90,000 words, which they married with 4,500 illustrative shots taken over 90 days of shooting. A unique digital interactive experience, 3 Words for Paris invites the user to enter their own three words for Paris, creating a unique 15-shot video every time. LBB caught up with Cokau to find out more…
LBB> What is ‘3 Words for Paris’ and how did the idea for the project come about?
Cokau> It’s a four-minute concept film accompanied by a unique digital interactive experience. The main goal was for anyone to be able to create their own unique movie about Paris - using only three words.
In 2012, we were in NY because our short film Prie Dieu (the Praying Mantis) won the Experimental prize at the Vimeo Festival + Awards. We wanted to take advantage of the opportunity and shoot something in NY but, because we were only there for four days, we needed a concept that could work in a really short space of time. We had the idea to ask people on the street to come up with three words to describe NY. It found some success with people playing the game on Twitter and Facebook, and that inspired us to do the same experiment in our own city, Paris, but this time to push the limits of the digital experience to the extreme.
LBB> The project combines thousands of different shots with a huge library of both French and English words, how does it work?
C> We worked with HKI (HelloHikimori), a studio specialising in web design, development, and programming, who created an algorithm that was able to edit a movie from 4,500 different shots using only three words. We compiled roughly 40,000 English words in a database, with each shot being linked to a number of these words. It’s important for the project to be internationally accessible because of Paris’ global reputation, so we translated all of the French words into English at the beginning. We want anyone to be able to give their three words for Paris even if they’d never actually been there. It’s impossible to know how many combinations there are - you get a different result every time you play, even when using the same words!
LBB> How long did the project take to complete?
C> We began the project two years ago, but if you only count the time shooting, editing, and all of the post-production, it’s closer to six or eight months of actual work. We definitely didn’t expect it to take that long! Paris is such a vast and beautiful city; it makes you want to keep on shooting and we shot for almost 100 days, filming all of the content ourselves. As you can imagine, it meant a huge amount of post-production work when preparing it all for the digital experience – it’s probably the hardest project we’ve ever done!
LBB> Other than yourselves, who else collaborated on the project?
C> As we’ve mentioned, the guys at HKI were our biggest partners on this adventure. Media Temple offered to be our web hosts, and Gang Digital, who’ve produced some of our commercials before, were our associate production company on this project. They helped us logistically to obtain authorisation and unlock a few doors, so we had access to some exceptional locations that were opened especially for us. We worked with an aerial shooting company called Papa Sierra to film around an hour-and-a-half’s footage of Paris from the air, using a Cineflex camera. All of the music for the project was done by Simon Henner, aka French79, an electronic music composer who remastered his Between the Buttons piece for our movie.
LBB> You must have met some interesting characters; is there anybody from the shoot that is particularly memorable?
C> There was Victor, a hairdresser from Paris who was hilarious. He’s the old guy wearing the purple shirt and gold chain in the film. He was just fantastic; really anxious about talking in front of the camera but also extremely funny. ‘Women’ was one of his three words and he had some awesome stories to tell…

Interestingly, it was much easier to get the tourists, mostly Americans or Brits, to participate than Parisians. It’s very difficult for French people to describe Paris in just three words; they want to say so much more. For English or American people, however, it was much easier for them to understand the concept of just three words.
LBB> How did you guys meet?
C> We first met in 2006 at a French post-production studio in Paris, where Achille was editor-in-chief and Thomas was an art director in motion design. We worked together as a Magnum (2 bottles of wine) on a lot of adverts for Nike, work we were making for five or six years. We both had cameras and began directing some experimental movies and putting them on the internet. Then we began working together on Prie Dieu, our first proper project together, mostly on weekends in our free time and we put it online. That was when we realised we wanted to take a different career path and go into directing. When we won the Vimeo prize, we decided to become full-time directors, so we quit our jobs and started Cokau Lab in 2012! 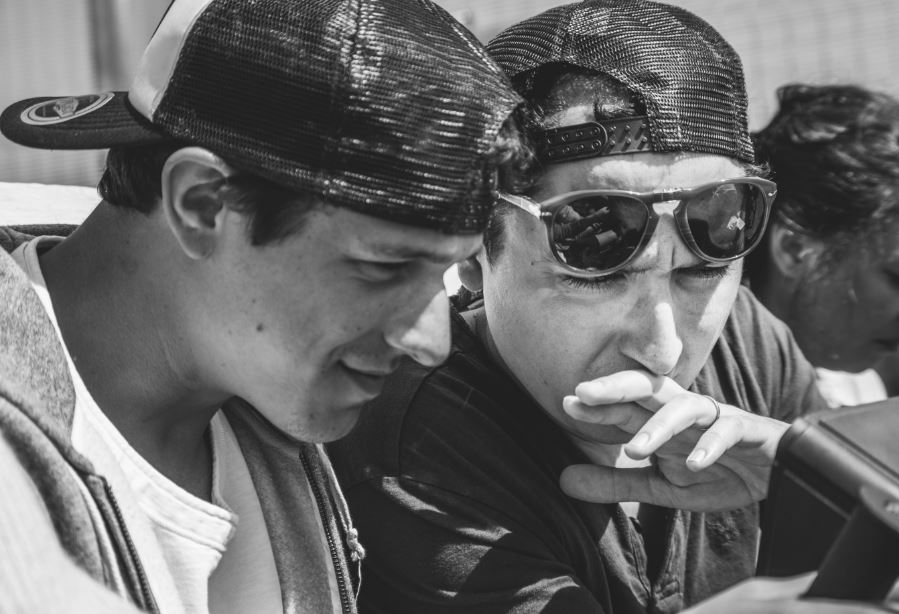 Cokau's Thomas (L) and Achille (R)
LBB> What is Cokau Lab?
C> Cokau Lab is a hybrid, creative audio-visual studio based in Paris that does filmmaking, art direction and post production. We try to only do projects that we love. We always want to find a way to tell the story and try to push the boundaries of filmmaking.
LBB> Do you always try to work on projects that you can have total creative control over, from concept through to delivery?
C> Yes. We’re very, very involved in the post-production process because that’s our background, our expertise. When shooting a film, we have a clear idea of the effects that can be added in post so we know what to expect. The degree of involvement can depend on the project or the agency but it’s great when we have a strong presence…and sometimes it’s dangerous too! What we love most is when there’s a really good concept and we can work closely with the agency’s art director or creative director from the outset. We believe in the fusion of editing, motion design and sound design – we’re always experimenting, trying to deliver the best and the unexpected. Recently, we’ve been experimenting with Virtual Reality (VR). It’s such an amazing format with so many possibilities, so we’d love to get the opportunity to work on a VR project soon.
LBB> Finally, what are your 3 words for Paris?
Achille> Subway. Bar. And Restaurant.
Thomas> Culture. Light. And Party.
Check out 3 Words for Paris here.
Cokau are represented by Bang TV, except in France and Germany.