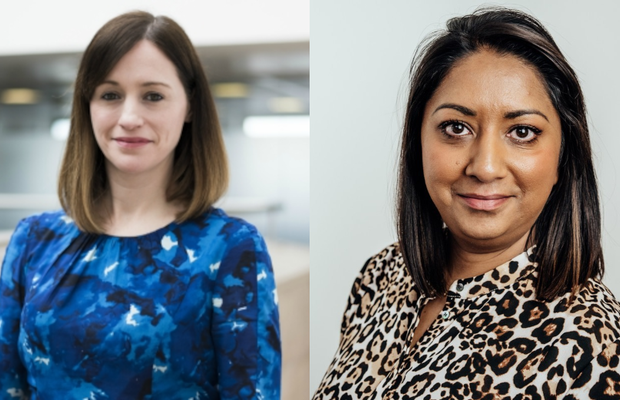 Headed up by Verica Djurdjevic, chief revenue officer, the refocused senior leadership team places the customer at the heart of 4Sales’ business operation, as Channel 4 makes significant strides in its digital transformation to ensure its sustainability into the future.

Victoria Appleby is appointed to the newly created post of head of sales (London) to lead the sales team in London, focusing on network and larger independent media agencies. The post is one of three customer focused leadership roles responsible for building stronger and deeper partnerships with customers and will work closely with the head of sales (N&R) & business development, and client strategy & comms partner.

Victoria joins Channel 4 from MediaCom UK where she is currently managing partner leading one of the multi-discipline Business Groups, focused on delivering communications solutions for brands including The Coca-Cola Company, Moneysupermarket, Uber and eBay.

Fatima Dowlet joins Channel 4 from ITV’s Planet V platform, in the newly created role of sales propositions partner which will oversee existing products including 4Sales’ advanced data suite offering, brand partnerships and sponsorship, and the creative team PL4Y. She will be responsible for ensuring that 4Sales is providing best in class service in these areas. Fatima’s role is one of two leadership roles focused on product and digital innovation and will work alongside the Head of Commercial Innovation & Partners.

Fatima is currently Controller of Planet V Account Services, leading the roll out of ITV’s self-service programmatic video platform – and has previously held roles at The Addressable Platform (TAPL), Amobee and Videology, Inc.

Victoria and Fatima will join Channel 4 in January.

As part of the restructure, Verica has refocused the priorities of her current leadership team as follows:

Ewan Douglas, head of sales (N&R) & business development leads all sales teams in the Nations & Regions and is newly responsible for business development across all markets. Based in Manchester, Ewan works with all independent media agencies and advertisers based outside of London, and is focused on helping to support small and growing businesses.

Clare Peters, client strategy and comms partner newly moves into the senior leadership team ensuring the remit of her role overseeing client relationships, feeds into the direction of the senior team. She also takes on responsibility for Commercial Marketing and external comms.

Jonathan Lewis’ role as head of commercial innovation and partners will focus on growth to support the Future4 strategy, in particular the development of new revenue streams via an innovation strategy. He will also deliver growth through Channel 4’s strategic distribution and channel partners such as Sky, YouTube, UKTV, Discovery, as well as new strategic partners. Jonathan continues to oversee 4Studio from a commercial perspective.

Ed Chalmers’ head of commercial trading role will direct and oversee the commercial elements of all existing and emerging revenue streams.

Barry John’s role as head of sales operations continues to have an increased focus on driving the pivot to digital and new product delivery.

Verica Djurdjevic said: “We need to continually adapt and innovate our commercial strategy to deliver the ambitious targets set out in our Future4 strategy and ensure a thriving future for Channel 4. A key part of this is making sure we have the right resources, skills and capabilities in the right places to support more agile and faster decision making.

“Expanding and refocusing the senior leadership team around a customer-orientated business model with digital and creative innovation at its core, not only secures our position in an increasingly challenging market, but also makes Channel 4 the most progressive partner to do business with.”

Victoria Appleby said: “I am enormously excited to be joining Channel 4.  I have the great privilege of joining not only a phenomenally successful team, but also a media brand that I hugely admire. I will always be extremely grateful for the brilliant experience I have had at MediaCom over the last 13 years.”

Fatima Dowlet said: “I am thrilled to be joining Channel 4 at such an exciting time in its digital transformation. As advertising products become ever more complex, it is essential we create the rigour and process to ensure our customers get the most from our distinct offering in market. I am very much looking forward to working with the team at Channel 4 to deliver this vision.”

In October, 4Sales was named the best sales team across the media industry in both London and Manchester and received accolades for many specific campaigns. In London at the industry-leading Media Week Awards the team was awarded the coveted Sales Team of the Year award – and in Manchester at the prestigious MPA Awards, the team took the top prize of Media Sales Team of the Year. Both awards recognised 4Sales’ commercial performance, creative output and innovative product development for advertisers.