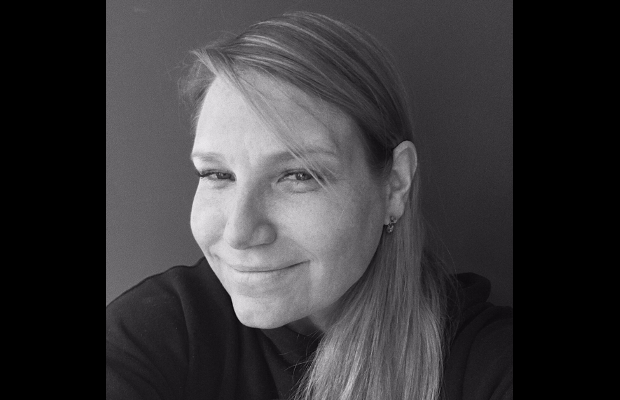 Andrea Roman-Perse looms large in the German production scene. Having studied in Berlin, she moved to Prague and accidentally discovered the joys of filmmaking. Before long she’d started her own production company and worked in commercials as well as feature films. Then she returned to Berlin, working as a freelance producer all over the world.
Eventually she joined Bigfish, became a managing partner and helped to build the production company into a force to be reckoned with. Late last year she announced that she would be leaving Bigfish to set up the brand new Zauberberg Productions in Berlin.
Already Zauberberg’s exclusive roster of directors includes names such as Warwick, Steve Ayson, David M. Helman, Dorian & Daniel, Tore Frandsen, Bryan Buckley, Saul Dipp, Tobias Perse, Peter Harton and the creative duo Datenstrudel, many of whom she worked with at Bigfish.
LBB’s Alex Reeves caught up with Andrea at the start of this new enterprise.
LBB> Where did you grow up and how do you think that affected what sort of person you became?
Andrea> Woah - big question! Hmm. I’m wondering what kind of person I actually became. Well, I grew up with two toothless Czech tigers for parents and lots of love in the German Provinces. That would’ve been my formative experience.
LBB> How did you get into advertising? I read that it was by accident…
Andrea> I wanted to become a journalist and I stumbled into a film shoot  – and boy was it fun. And, simply put, that was that.
LBB> And what made you decide to stick with it?
Andrea> The glamour! Just kidding… It was the thrill of doing it and the immediate sense that I fit in perfectly. Also: the feeling I was good at it.
LBB> What are the most important lessons you picked up early in your career?
Andrea> Always do the thing you say you are going to do.
LBB> And is there anything you learned later that you wish you'd known about at the start?
Andrea> Yes definitely: the ability to let go. If you’re a person who worries all the time – there are just so many layers to each job one could worry about – and it doesn’t just paralyse you, it takes away the fun.
LBB> You've also worked in feature films. How would you compare the two industries from a producer's perspective?
Andrea> Working on a commercial is so much faster. It’s straight and it’s direct, which means less blood and fewer tears. Which is to say, there’s so much more emotional charge and involvement on a feature.  Indeed, for good reasons, we named our feature film company Bittersweet.
LBB> Having worked abroad, what do you think of the general levels of creativity in Germany? Where / who are the best opportunities to make great film coming from?
Andrea> This is the main market I’ve worked in for most of my career. There’s that old line: the poet is never celebrated in his own country. And just that natural tendency for all of us here to look at the work in other countries and somehow think it might be cooler. So many great projects are coming out of here.
LBB> And you're based in Berlin. What is it about the city that you love most, as opposed to other creative centres like Hamburg?
Andrea> The beat.
LBB> I think it’s fair to say there aren't enough women in leadership in the German ad industry - why do you think that is? And what do you think needs to be done to rectify it?
Andrea> Actually, in the advertising film industry here, there are a lot of great women working at a high level. But that doesn’t mean the numbers are adequate. And we really need more women directors! It just adds so much to the quality and also the experience. Believe me, our new company is connecting with them right now.
LBB> You built Bigfish up to be one of Germany's strongest production companies. What are you proudest of in your time there?
Andrea> The great community of people we built – and also the quality of work we did. To wit, during my time at Bigfish, we were included twice in the Gunn Report’s Twenty Most Awarded Production Companies in the world. That was a great feeling.
LBB> Setting up Zauberberg Productions, what were your biggest considerations and reflections?
Andrea> Excellence and fun. Which is to say working with people we like to make things we like. So far, it’s working out quite, quite nicely.
LBB> When you're not making films or running a production company, what do you find yourself doing? Do you have any personal passions?
Andrea> Kids and cooking!

Zauberberg Brings Voters' Voices to Life for 2020 US Election

Porsche Pulls Off a Historical Heist in Super Bowl 2020 Spot