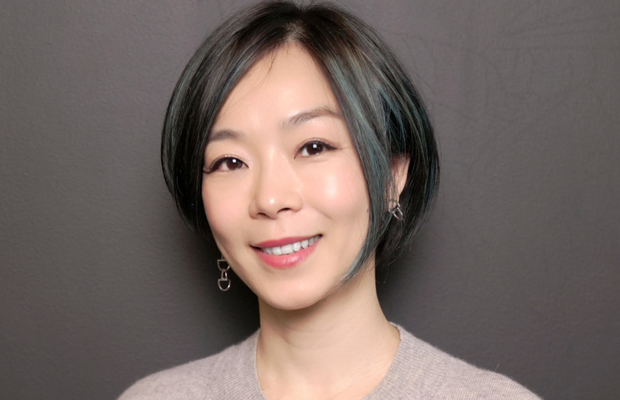 For over 20 years Ariel Chen has been exploring the world of advertising throughout Asia. She’s worked in the markets of Taipei, Singapore, Hong Kong and is now the ECD of BBDO Shanghai. Having gained all of this experience around the region puts Ariel in the perfect place to speak eloquently about what’s happening in Asia. She’s also a keen advocate for diversity and gender equality and nothing speaks louder of this when she and an all-female team worked together on a campaign for Dove chocolate that ‘put pleasure first’.
Now that Ariel has returned to BBDO, LBB’s Natasha Patel was excited to pick her brain on creativity, courage and copywriting.

LBB> Tell me about your early years, where did you grow up and did creativity play a role in your childhood?

Ariel> I was born in Tainan, Taiwan and grew up with a group of children in a traditional courtyard house. My parents treated me in a ‘free-range’ way. They didn't have extra schoolwork requirements for me, like in the big cities. I liked to run outside and I was a little overactive. I'm not sure if this helped with my creativity, but at least I, who don't have any ‘childhood shadows’, am more willing to share my thoughts.
When I was young, my creativity was like an uncontrollable energy. I felt alive and kicking thoughts in my mind, and I felt uncomfortable if I didn't write it down. So, I had a small notebook and camera in my bag at all times (with the advancement of technology, these are all replaced by mobile phones).
Because brain waves are overactive, I even have paper and a pen on my bedside to record all kinds of absurd dreams in the early morning when I am half-dreaming and half-awake.

LBB> You began your career as a copywriter, is this still a passion of yours today?

Ariel> When I first entered the advertising industry, I wrote ad copy at work and continued to run my personal blog after work to record the “chaos” in my mind. Later when I went to work in Shanghai, I was invited by a publishing house to publish my personal point of view of what I had seen and heard in the magic city.
Although advertising copywriters and writers are from two different worlds, I personally feel that ‘writing’ is very important to copywriters, maybe more important than reading. To keep writing can help you observe more keenly and sharpen your personal perspectives at the same time. Although advertisements are not personal creations, I always believe that ads must first touch the creators before they can convince strangers.

LBB> Having worked in Taipei, Hong Kong, Shanghai and Singapore tell us more about the differences creatively and culturally in those places?

Ariel> Advertising comes from life, and different lifestyles will directly affect creative style. Just the smell, these cities smell very differently: the smell of air conditioning, tropical fruits and disinfectant is the unique smell of Singapore. The top note is ocean, the heart note is Char Siu, the  base note is perfume, these smells send you to Victoria Harbour in seconds when you close your eyes.
The differences in these four cities are multi-dimensional, including the social conditions when I lived there, and the limitations of the people I contacted, so I dare not draw conclusions. The following “bias” are for reference only.
Taipei: I was lucky enough to encounter the last golden age of advertising. At that time, many creative people were not in the office, but in the Eslite Bookstore, bar or Yangmingshan Hot Spring. At that time, Taiwanese advertisers mostly entered the field with the ideal of changing the world. Perhaps this is the reason why Taiwanese advertisements always carry a bit of humanistic sentiment.
Hong Kong: Hong Kong is a very "trendy" place: crowded, fast, with a strong personality, full of collisions between Chinese and Western cultures. You can only avoid being ignored if you are more incisive, more brief, and more straightforward. I like the professionalism and efficiency of Hong Kong advertising agencies. During the two years of working in Hong Kong, I could not only take yoga classes after getting off work, but also had more time to explore the small island.
Shanghai: There is no sea in Shanghai, but it is the most "sea" city I have ever stayed in, where I met all kinds of incredible people, things, and matters. Here are the most urgent briefs, the most wonderful clients, the top colleagues, the best production resources, the most expanded platforms, (of course, there are also the most unprofessional spokespersons...), and it has opened my eyes up to now.
Singapore: On the first day I entered the office, I strongly felt the diversity of Singapore. A sentence from a colleague mixed eight languages, and the working style here is relatively "international" (another term is "single"). I personally believe that Singapore’s culture is both inclusive and exclusive. It has a set of unique values. People who identify with it can do a good job no matter what colour you are. But people who don’t have a common belief will soon leave.

LBB> You’ve been in the industry for 20 years now, if you look back over your career what has stood out to you?

Ariel> The "Ice Bucket Challenge" launched in 2014 is a classic marketing case in the early days of the rise of social media.
It let a rare disease get the attention of all mankind in a short period of time, not only raising donations, but also achieving the promotion purpose. Looking back, this operation suits the current social media situation, although it is not a five-star praise, it still uses the characteristics of social media to complete a good deed.

LBB> I know you're keen on celebrating diversity, what does that look like in Asia and how has that conversation changed throughout your career?

Ariel> Although the digital age has brought humans closer and closer, Asia still retains its rich and diverse characteristics, and the cultural qualities of each region are also different. Even in these "internationalised" cities I have lived in, I still face a lot of cultural shock and communication in my daily work.
"Localisation" and "internationalisation" are long-lasting themes. Because of my work, I have the opportunity to live in different Asian cities and participate in this large-scale sociological experiment. In the process, I have tried to remain objective, but couldn't help but get stuck in it.
I am ashamed to admit that after living in Hong Kong for two years, my Cantonese is still at the level of "listening but can’t speak", and my Shanghai dialect skills are zero. In fact, no matter which city you go to, human nature still tends to look for the stratosphere, eager to know the same kind of people.
In fact, I don't like the word "internationalisation". The idea that humans try to understand each other is beautiful, but it also means that we have all lost our individuality.

LBB> You're heading up the Mars account and the Dove campaign from last year was amazing not least because you used an all-female crew. How did this come about?

Ariel> In China, the girls in Dove's advertisements always take the initiative to pursue happiness and enjoy the silky joy of chocolate deeply. This image is rooted in the hearts of the people.
However, in real life in China, many girls always seem to be worried about others’ opinions and put their own happiness last. At the same time, we also found that in universities, the proportion of men and women studying film is similar, but after graduation, only 16.7% of directors in the Chinese film circle are women. This situation was even worse in the 2019 epidemic.
In the context of this era, we had the idea of "all-women crew movies", openly recruiting outstanding female film professionals, shooting the short film "Goodbye Ferris Wheel", and providing practical job opportunities, and allowing women to show more talents on the stage.

LBB> Is there a scope in China's industry for all-female crews to work more together or is there still a way to go for gender equality?

Ariel> In recent years, the topic of equality between men and women in the workplace has been more and more discussed, and many brands are also enthusiastically speaking for women. But gender equality still has a long way to go.

LBB> Who is your creative hero and why?

Ariel> I recommend the poet Yu Xia. She has not written copy, but she is the best copywriter in my mind.
Yu Xia has two identities. One is a worldly lyricist. Many familiar lyrics, from the age-old "Pain and Happy" to Jolin Tsai's "Play" are all her masterpieces.
Her other identity is a lonely poet. It was amazing to read her poems for the first time: So Chinese could be written this way? Her words have colours, smells and rhythms (not at all adjectives, for example, one of the poetry collections is created by first colouring each word, and then rearranging it according to the poet's personal colour aesthetics).
She explores the boundaries of words while playing games. Whether you are a copywriter or not, you will definitely be fascinated by her work.

LBB> How do you nurture young talent and what do you advise those joining the industry now?

Ariel> Grasp the first few years when you can make mistakes at will. This is the privilege of young creatives. There is no standard answer to advertising, especially in today's advertising environment, even the big shots in the industry need to learn from young people.
Advertising is a youth’s meal, but don't let creativity become physical work. Three meals that are balanced in nutrition, regular exercise, even if you don't get the golden lion, you can still get a good figure.
Please respect everyone who works together, regardless of whether the other person is a junior or senior. Because you are never sure if they will be your future boss or clients.
Don't compare positions and salary with friends, it will make you forget what you want most (unless what you want most is money). When you are professional enough, these will naturally be available, and you will feel more at ease.
Try to love the products you serve, because your duplicity will be discovered by both clients and consumers. (If you really don't like it, change the team or change job, it is the respect for each other)

LBB> Outside of work, what do you do to unwind?