The CLM BBDO ECD on being enchanted by the TV, trolling through the medium of chocolate and the importance of perspective 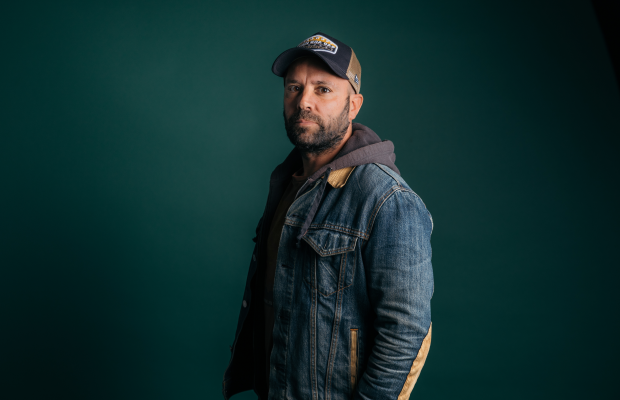 The internet can be an angry place. Mostly that’s to its detriment, but late in 2019, CLM BBDO harnessed that anger in a way that will amuse anyone with a wicked sense of humour. By packaging Bounty bars up in Snickers wrappers (two vastly different chocolate bars, the very mention of which will start a heated debate about which is superior in most workplaces, homes or public forums), the Paris agency outraged chocolate fans, who took to their keyboards. The orchestrated controversy was not only amusing, but it got the internet thinking about Snickers more than usual, with the hashtag #Snickersgate trending. The effort flipped its "You're not you when you're hungry" tagline into "We're not us when we're hungry."
This is the kind of work that makes ECD at the Paris agency Benjamin Dessagne proud. He’s a strong believer in entertainment through advertising, as you can see from a lot of CLM BBDO’s output, like its compelling work for Ubisoft .
LBB’s Alex Reeves took a moment to get to know Benjamin a bit more.
LBB> Where did you grow up and what kind of kid were you?
Benjamin> I was raised in a village in the Basque country (in the south west of France), at the feet of the Pyrenees mountains, very close to the Atlantic Ocean and 30km from the Spanish border. Kind of an idyllic childhood.
I was a quiet kid, I was really into observation, I wasn't talking too much and was a bit shy.
LBB> What were you like when you were growing up? Were there any clues back then about what you would end up doing for a job?
Benjamin> Coming from a very small village, I was fascinated and impressed by everything that was coming from the TV. And I was always memorising the claims and songs from commercials I was watching at this time. I do remember running in the fields at the back of my house singing out loud the songs from those commercials, which were really stupid at the time!
LBB> When did you first consider going into advertising as a career?
Benjamin> I was 13 or 14 years old.
LBB> What lesson or piece of advice do you wish you'd had earlier in your career?
Benjamin> This is just a job. And this is not the kind of job where you save lives. Chill.
LBB> Which recent projects are you most proud of?
Benjamin> We created this operation called #Snickersgate. We put Bounty bars into Snickers wrappers and let the people react.
LBB> Which aspects of the creative process are most enjoyable for you?
Benjamin> When you know you have cracked the idea, the good one. And when you are on the set for shooting a commercial. This is always fascinating when you realise that all these people are working for an idea that came from your mind.
LBB> Who are your creative heroes and why?
Benjamin> "Heroes" will be a bit too much. But I’ve got a lot of respect for those who are always trying to find new ways, explore different paths, more so than those who use the existing recipes. Those who know that advertising must be respectful to the people who are going to see it. So either they make it smart or they make it fun. You should do something to entertain, or say something smart in a new way. But you’ve got a responsibility.
Short answer: Bill Bernbach, John Hegarty, David Droga, Gery Graff, Anselmo Ramos...
LBB> What do you like to do in your spare time? What ‘real life’ stuff do you get up to to fuel your creative life?
Benjamin> Taking care of my daughter, spending time with my family and friends, running, cooking, listening to old rhythm and blues on my turntable, drinking good red wine.