The McCann UK managing partner and creative director on her multiple creative passions, the importance of letting people know she’s a working mum and why she’s optimistic about the industry’s future 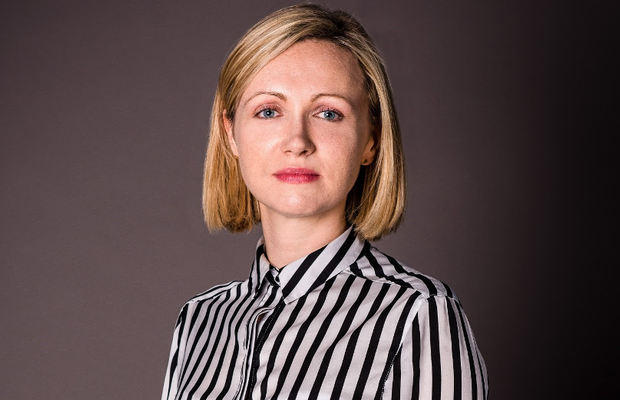 Ciara O'Meara’s got a lot going on. Growing up in Limerick, in the west of Ireland, she was always interested in multiple forms of creativity and this has continued into her professional life as creative director at McCann UK, where she was recently also made managing partner.
She’s an art director as well as a writer, having brought her talents to bear for brands from Mastercard to Taco Bell at McCann, among many more there and at previous agencies she’s worked at such as JOINT London, BETC London and DDB Canada.
During her career she’s made work that has campaigned for sex worker’s rights, brought the world its first 3D printed crisp packet, several global TV adverts for Amazon, the first song scientifically tested to make babies happy, a complete new global brand campaign and positioning for Bacardi, and apparently the cutest ad of the year for hotel brand ibis.
She also volunteers with She Says as a committee member helping organise events and as a For Creative Girls and Who's Your Momma mentor - supporting young women in advertising across the world. Over her morning coffee, she’s been known to draw her Twitter followers and has sketched over 600 portraits for her blog - #TwitollowerSketches. She even designed a black-on-black Christmas jumper.
LBB’s Alex Reeves spoke to Ciara about her career so far and the approach to creativity that’s got her to where she is.

LBB> What was your upbringing in Limerick like and how do you think it influenced who you turned out to be?

Ciara> My upbringing in Limerick was fairly simple. I grew up in a quiet suburb called Monaleen. The type of place where everyone knows each other and all my best friends were on my road. My mum was a single parent which was not the norm back then but because of that she always worked hard and I definitely got my sense of independence and ambition from her. She was also an artist and art teacher so from a small age we were always painting, drawing or making something. At weekends we’d go with her to craft fairs where she’d sell her work and I loved it. I’d see all the different kinds of artists and different things they were making. And, in a way, an agency creative department is like this, lots of great creative talents in one space.

LBB> When did you first take an interest in advertising and/or creativity? And what attracted you to it?

Ciara> From a young age I always wrote poems and stories. I actually recently found the rosette I won for winning ‘Write A Book’ when I was seven which made me smile. I also loved music and ended up training to be a classical flautist from 10 until 17.
As for advertising I didn’t know much about it besides I loved ones with jingles or any actions you could copy. There is a classic story in our family about me trying to recreate the blue liquid scene from an old Always advert when I didn’t even know what they were for.
With regard to a career option, I only heard about advertising when a creative director came in and spoke about it at the end of my media degree. I thought it sounded fun and it meant I didn’t have to pick between all the creative things I liked as you could use them all.

LBB> How did you first get into the industry? What were the most important moments?

Ciara> I first got into the industry with an internship at Ogilvy in Dublin but they paid us peanuts - €100 a week. So my then partner and I did loads of new spec work and went to see as many other agencies as we could. After a month we got two proper job offers and accepted one.
That first job choice was an important moment as I decided to go to an integrated/digital agency instead of a typical ATL agency. The way we approached briefs, collaborated and mixed specialities up there is something that I’ve kept with me and to be honest has helped me make some of my best work.
Another important decision that happened later in my career was to leave a job I had stayed in too long. I was making lots of work but it was the same thing every year, plus I unfortunately ended up working for someone who managed to wipe all my confidence and did a lot to stop my career progression. Instead of waiting to find a new job, I just left and went freelance. It was scary and I didn’t know if it would work out but looking back now it was the best decision I made.

LBB> You've volunteered for SheSays, Creative Equals, For Creative Girls and Who's Your Momma. So clearly you're passionate about boosting gender diversity and challenging inequality. In all that experience, what have you found is the most powerful way to drive change?

Ciara> I think the best way to drive change is to show up and speak up. People need to see themselves to believe they belong in this industry but we also need to call out inequality when we see it. So for me it’s important people know I'm a working mum because when I was a young creative I was told I had to choose between being successful in advertising or having a family. So perhaps another way to drive change is to be stubborn!

LBB> What creative projects / campaigns over the years have given you most pride?

Ciara> I’ve been lucky to make lots of lovely things for awesome brands but the project I’m most proud of is ‘The Happy Song’ for Cow & Gate. Why? Because my husband and I genuinely play it for my son most days to make him smile when he’s upset. When it launched four years ago it went to number one in the children's charts and even got adorned in the global press but now I’m just so glad I made something that actually makes my own life better.

LBB> Congratulations on your promotion! What are your major priorities at McCann UK now you're managing partner as well as creative director?

Ciara> Cheers! It was something I never thought would happen when I went off on maternity leave in November 2019.
For me, being managing partner alongside creative director is to ensure we create the best environment for all departments so we can do great work for our clients and have fun while doing it. I also want to bring in some initiatives that will help attract even more diverse talent and ones to make sure we keep the people we do have happy.

LBB> You've got a lot of interests outside of advertising, from interior design, to sketching your Twitter followers to making Christmas jumpers that appeal to my goth leanings. What do you take from projects like that?

Ciara> I take energy from them. That might seem ironic as they demand energy to do them on top of work but all those things help me be a better creative as they help me to stay curious and keep learning.

LBB> What are you most excited/optimistic about in the ad industry right now?

Ciara> I’m always excited about young talent. Even though all the time we’re told advertising is struggling to attract talent, I’m blown away by the kickass smart young people I meet. The future is in good hands, we just need to keep them!

Make it a Good Swap in Aldi's Humorous Campaign

Aldi's Kevin the Carrot Returns, By Order of the Leafy Blinders