The CCO at Mullen Lintas on being a founding member of the agency, Delhi and Mumbai as creative hubs and being a female chief creative officer 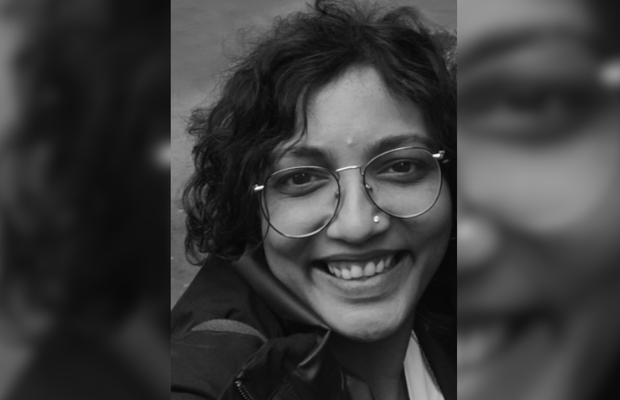 “What you will become is always inside you,” is how Mullen Lintas’ CCO Garima Khandelwal describes her passion for advertising. As a youngster watching cricket with her father, instead of being in awe of the match, she was the child who would wait with excitement for the ad breaks. From those early years to being a founding member of the agency Mullen Lintas, her career has been a real ride.
Garima grew up in Delhi but recalls knowing she wanted to leave the city when she could and her career allowed for that. Now based in Mumbai, when at Ogilvy in the early 2000’s Garima was given the opportunity to work in Prague before returning to India. Now she’s one of a handful of female CCO’s in India, something which she chooses not to focus on when creating the best work she can.
LBB’s Natasha Patel was excited to catch up with Garima to hear more about her inspiring career to date.

LBB> You're a founding member of Mullen Lintas, tell us more about this.

Garima> You are your moves, applies to chess and life. Mullen happened to me at the right point of my career, and like all best things in life, by being at the right place at the right time. The energy and passion we put in to build the agency ground upwards was something else. It was Amer’s vision that we all checked into. My ambition is to nurture and evolve that DNA, we started with the rigour of a start-up while the 6-7 of us came from the legacy of Lintas. We were a small agency but the work we did for the brands we were handling was big, the quality of the thinking that came out reflected the way we gelled together as a team. For me, it was growing up by swimming at the deep end, and it was only the work that we put out, one after another that spoke for itself. In the last six years, I have seen a lot of change, but the nostalgic memory of the first few months and how we started will always be special for us.

LBB> Let's rewind a bit, where did you grow up and what were your early years like?

Garima> I grew up in Delhi, always knowing I wanted to move out to explore. When I was really small, my dad used to watch cricket on TV, and even as a child of four years old I watched the match with him only to wait for the ad breaks. I see my nieces today who are so disappointed when the ads come; I was the opposite of that!
I guess who you are and what you will become is always inside you, because no one in my family or my parents social circle was even remotely related to this business. My life was supposed to be like any other, school, my father’s esteemed circle of IIM friends, huge extended family but my father passed away very suddenly when I was 10. Everything changed overnight and the years that followed were harsh; my mother brought me and my sister up alone and we knew from really early on we had to be financially independent. I used to work at the Auto expo in Delhi to have pocket money for the entire year to go to movies and meals with my college friends, so that I never asked my mother for any indulges.

LBB> At what point did you know a career in creativity was for you?

Garima> I always knew it would be creativity. Never inclined to the academia my father came from, or to business my extended family came from. I didn’t know which stream though. I flirted with architecture, then with fashion, but in my college you had to study a year and half of foundation, and then two and a half years of a chosen specialisation, which helped one truly decide one’s calling.
My teacher in fact suggested ceramic design as a speciality for me, but it was here that I got inclined to graphic design. Advertising followed as a natural place to use that commercial design, and I learnt in an agency what lateral thinking was and how to use life as insights for telling stories. Someone had told me if you are not especially good at anything in life, but just to have an observation on life, this is the career for you.
For everyone starting out, to have love and passion for advertising is key. The business of ideas. And to not look for shortcuts. There are none to hard work, and as Droga5 told us, “Only what you do in the dark, puts you in the light.”

LBB> You began working at Ogilvy in Delhi, what were those early years like and what learnings have you taken from there?

Garima> Ogilvy Delhi in the year 2000 was buzzing with talent that today is the cream of the business spread across networks. It was such a delight to come to work around such minds and to learn from V Sunil, was in fact the high point of my life. He encouraged us to free ourselves from the baggage of education and to get inspired from travels and international design.
The aspiration to see the world was born here, and became an integral part of my future journey, and I eventually even moved to spend a year working in Prague in 2007. He always pushed us to surprise him, but he was a tough boss, when he liked something, it was a bigger accomplishment than any award, he knew how to get someone to really reach their best. The camaraderie we had as a creative unit was precious.

LBB> Looking back, how much has the industry changed since you first entered it?

Garima> It is the same and very different at the same time. At the core it is still about the ideas and how they translate, of course the mediums the idea can travel through have expanded exponentially, but there was irreverence back then. Just logistically speaking, the turn-around time was unreal back then. There used to be three couriers that left for clients’ offices, at 11, 3 and 6. Everything worked on that basis. No WhatsApp groups and the means to cater to immediacy.

LBB> Having worked in both Delhi and Mumbai, tell us more about both of the cities as creative hubs...what makes them unique?

Garima> I only spent my initial years working in Delhi; there is a certain pace to Mumbai, you feel it immediately. Delhi also has a lot more family owned businesses and working for them even today it is very different from the corporate structures that are more common in Mumbai. It is like Bangalore has a greater number of start-ups than any other city, and again defines much of the advertising culture there. With Mumbai you have a lot more access to production talent, meetings and discussions are more prompt when it comes to execution, and there is a feeling of working in the head office of a network.

LBB> As a female CCO in India, what have your experiences been?

Garima> In my earlier years, gender didn’t cross my mind, I was just doing my job, and trying to do it better than anyone else. Working hard like I should, I was told I “work like a guy” and it didn’t even strike me as an insult back then. As I grew and as a female CCO, I have never felt typecast at least in the category of work I do – whether it is bikes or finance, I have never been expected to do only a certain kind of work, and the credit for that goes to Amer.
I really think as a professional, gender should not matter, it really is just anatomy. It can’t become a reason for anyone to demand or feel denied a seat at the table. If you feel something you voice it, that’s it, but it is what you bring as an individual. I have a style, an approach that’s only mine, like anyone else in the business, and I am not trying to be like anyone else, which is a strength on its own.

LBB> How much have communications changed in the past 18 months and where do you see them going in the long run?

Garima> I think communication borrows a lot from reality. We saw men doing chores in ads because the pandemic showed us, they can in fact do them. It was also for the first time that the entire world was going through the same circumstances, and hence to carve out insights was exciting. To work closely with the client’s immediate requirement was the only solution. Whether to build brand relevance, to build brand love or to just be informative should the timing require, was the strategy. We have come out stronger, and in the long run also, it will only be about honouring partnerships.

LBB> Outside of work, what does life look like for you?

Garima> I like doing up spaces. I designed the Mullen and MLLG office here in Mumbai. During the pandemic, my husband and I designed our house in the hills. We have a blog called busypeople.in that houses the work we do outside of our day jobs.

Using a Belief in Change to Create Work That Does Good