The co-founder, executive producer and partner of JOJX speaks to LBB’s Addison Capper about growing up around animation, launching JOJX Studio to rep digital artists, and intriguing production benefits brought on by the pandemic 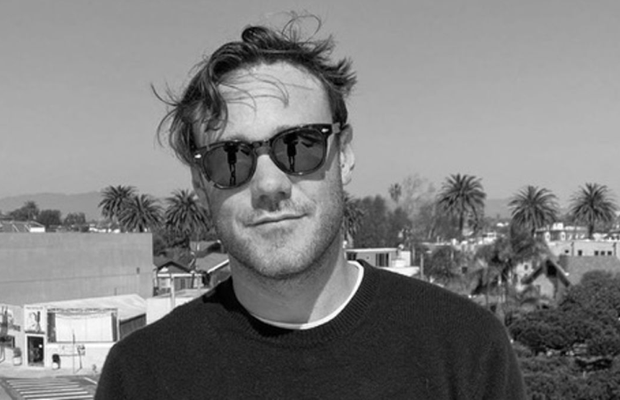 Jackson Morton is the co-founder, executive producer and partner of US production company JOJX. He and his business partner Joe Care founded the company in 2014, while 2020 saw them launch JOJX Studio, a sister creative shop focused on more digital filmmaking means.
The launch of JOJX Studio was somewhat of a natural move for Jackson. He grew up around animation due to the fact that his parents were the founders of the animation studio Cucumber and inventors of the iconic Max Headroom character (https://en.wikipedia.org/wiki/Max_Headroom). Jackson saw the uptick in demand for CG and mixed media filmmaking during the pandemic and an opportunity to realise a bit of a life dream of his at the same time.
LBB's Addison Capper chatted with him to find out more.

LBB> You launched JOJX in 2014, but how did you wind up in this industry in the first place? Was it a planned thing or more a happy accident?

Jackson> It was never planned, but both my parents are directors. So I did grow up with an understanding of the industry, there were a lot of highs and lows for them which I always wanted to learn more from. My love for the industry developed a little later, after recognising that the opportunity for creativity is boundless and risks are celebrated.

LBB> I feel like a good follow-up to that is something about your parents and founding the animation studio Cucumber. What was your childhood like? I imagine you were quite surrounded by creativity? How has that informed your work today?

Jackson> Yes - a lot of creativity. My parents created a support system for creativity. When I expressed such interest in drawing in particular, they seemed to naturally want to grow and support that.
When it came to their own work, my parents never viewed it as ‘work’, it was just the way they expressed themselves artistically; it was a part of their being, not just a part of their day. Overall, I suppose this inspired me to look at ‘work’ more like art.
So yes I think that being surrounded by their ‘work’ informed my outlook today, they would always applaud any sort of creative trial and error, especially the importance of failing - which has been formative in how I approach taking creative risks and experimenting with different art forms.

LBB> Considering your childhood, what was your first role in advertising production and what were your first impressions of the industry when you were actively working in it?

Jackson> After college I was in the camera department for a feature film and that’s when I realised that six months on the same project wasn’t for me! Advertising seemed to be calling. I pretty much then picked up every job under the sun, from Flame assistant to editing to art directing, directing, and eventually brought me to opening up JOJX! After all of those experiences I found that I felt the most creative freedom when I was working with different directors, artists and creatives to help shape a project for a client.

LBB> Tell us a bit about JOJX - what inspired you to launch the business in 2014? What was the mission when you launched and what was the inspiration behind that approach?

Jackson> We wanted to create a platform where artist collaboration was the foundation - that was our mission statement, and it still is today. We were inspired by the work and model of artist collectives and studios, and we wanted to apply that to a production company.

LBB> What are you looking for when you sign a new director? And how do you go about finding that new talent?

Jackson> Relating back to our mission statement, we want to find artists we can collaborate with on all levels. Finding new talent is part of the job that I truly love. We're constantly inspired by all the evolving work out there, so we bring the artists making that work into a standard production company model, and help them succeed in that space.
There isn’t a straightforward formula to signing new talent, but I can say that the talent we gravitate towards are directors for whom filmmaking is simply a tool they use to express their artistic vision. And at times they may use other mediums to champion their ideas too. The vision is the primary thing, because tools and technology evolve and change - so their work has to be about more than a particular technique or medium.

LBB> A new venture of yours, which really ties into the work that your parents did, is JOJX Studio, which acts as a home for creators in the digital space. What led you to launch the offshoot of JOJX? What are you aiming to achieve with it?

Jackson> I have always wanted to have a digital roster of artists as a part of JOJX. To me, CGI is the ultimate form of creative expression because no idea is too big or impossible and the world you can create is endless. So JOJX Studio is the fulfilment of a longtime dream of mine.
In the pre-Covid world, it was definitely more difficult to get clients to embrace the possibilities of CGI because most people were more familiar with live-action production. It was a known quantity, and so a comfortable space to be in. With the disruption in the advertising industry over the past nearly two years, it feels like there is now a real openness to exploring the potential of these tools in a deeper and more meaningful way. I’ve never seen CGI as simply a tool to use when you can’t do live action - it's a technology with massive creative potential and is truly changing the future of our business.

LBB> On top of there being a big demand for animation, CG, etc. last year, all of those are also something that you're passionate about, as you’ve mentioned. How are you enjoying the challenge of running JOJX Studio while still focusing on live action through JOJX? How does finding and cultivating new talent differ between the two?

Jackson> If there was no synergy between the two I would find it challenging, but more and more we are finding that JOJX Studio is using our live-action talent and vice-versa. For example, our last project for eBay was half CGI, half live action, and for the first time we were able to keep the whole thing under one roof! Finding talent for the JOJX Studio is the same process as finding live-action talent. We’ve been following many of these artists for years, so it’s an exciting time to finally bring them on as partners!

LBB> Which projects from JOJX Studio have you been particularly proud of and why?

Jackson> The eBay job we just wrapped was a testament to the synergy of both sides of our company working together and complementing each other. When the brief came in the client had not decided if they wanted the concept to be portrayed as CG or as a live-action approach - so our pitch was simply explaining not only the wonders of CG but also how we would incorporate live action throughout. We’re really proud of the finished spot, it’s a mesmerising experience making the viewer question the difference between what is real and what is CG.

LBB> You've also been experimenting with virtual production and have spotted a number of advantages in the process for clients, as well as production companies. Can you tell us about those?

Jackson> It may sound odd, but I think there can be advantages to us all being separated by a screen. In some cases there is naturally less banter and it is replaced with clear communication. The efficiency and attention to detail has to be heightened. So, everyone becomes more attentive and efficient to make up for missed physical presence. Weirdly we’ve had a record breaking number of shoots wrapping ahead of schedule!

LBB> I think producers have often got the best stories to tell - have you ended up in any particularly hairy or memorable scenarios during your career?

Jackson> Well, we went to Mexico for a shoot last year, and….we all got Covid. Luckily we are all fine, but it was definitely memorable.

LBB> What do you like to get up to outside of work? Do you have any particular hobbies or quirks to help you unwind?