The founder and CEO of The Liberty Guild on loving an underdog, his 10-year stretch in creative leadership at Grey and why he thinks the network model is broken 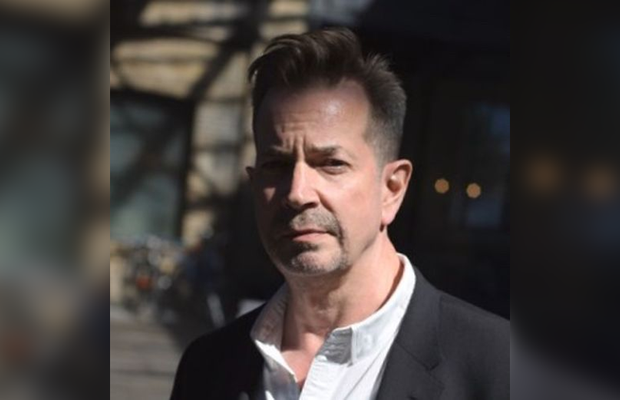 During his lengthy career, Jon Williams has been involved with some unique innovations: the first genuinely interactive TV ad ever broadcast, the first mobile-enabled posters, and the iPint - the world’s first native branded application for the iPhone. His personal work has seen him stack up over 300 international awards, including Cannes, D&AD and Effies.
During a 10-year stint at Grey (first as London CCO, then EMEA CCO), he deployed a 2000-strong pan-EMEA co-creation platform that allowed the best teams to be put forward for the right jobs regardless of the geographical challenges. Out of this initiative the Liberty Guild was born in 2017. Jon has been CEO of the Guild ever since.
LBB’s Alex Reeves caught up with Jon to find out about the man behind this disruptive new creative network.
LBB> What kind of kid were you and was there any inkling that you would end up in your current career?
Jon> I wanted to be an architect. But I was too impatient to get out into the world to do the seven years at uni. So I did Product Design, which was a poor substitute and I haven’t used it since. The first job I ever applied for was designing the interiors of gin places in Antibes. Sitting on the dock smoking Gauloises and crafting opulence for the super-rich seemed like a bit of a giggle. I never even got a reply… In the end, a bloke called Nigel who I knew turned up one day in a brand-new Audi. I asked if he’d nicked it, but he told me he’d got a job in advertising, and this was his new company car. I figured if a total waster like that could get a fancy motor, then it must be worth a go.

LBB> How would you describe your cultural background and what impact does that have on your outlook?

Jon> My old man was born above an off-licence on Salford Docks. Proper working class. When he came out of the Army he did a 40 year stretch in the NHS. Paid his union dues. Retired. Promptly died. I was 20. It made me realise the fragility of everything. And how if you’re going to do it. Do it today. Not tomorrow.
I grew up in Stretford. You could hear the roar from the terraces at Old Trafford on a Saturday when the goals went in the back of the net. So obviously I was City. I still love an underdog, victory tastes sweeter that way.
My Mum was a teacher in those days and between her and my dad they just about scraped enough money together to send me to a posh school. Latin and Lacrosse saved me to be frank. Made me ‘try harder’ in unfamiliar landscapes. And knocked some rough edges off. Some. Not all. In school, the other kids lived in impossibly big houses in Hale or Bowden. Shag pile carpets and BMWs. Out of school my real mates lived on the council estate. So I tend to judge people based on where they’re at, not where they’re from.

LBB> Where are you currently based and how have you found the lockdown experience?

Jon> Putney. Near the river. Our previous apartment used to overlook the Bosporus. We miss it. So we always try to keep near to water. On that note, after we moved in, we found a key that didn’t fit any of the doors. A week or so in, we found out it was for the swimming pool in the basement. We had no idea… So yes lockdown’s been ok. My daughter’s doing architecture at St Martins… in the bedroom. My wife is crafting ‘Conversation Design’ on the ‘proper desk’… at the other end of the lounge. And I’m back on the dining room table… where I started the business four years ago. Kinda cyclic. And very, very aware of how lucky we are.

LBB> How did you get started in the industry and where did you hone your craft?

The old man’s life insurance meant that I could quit the crappy job I was doing, move to a flatshare above a kebab shop in Kentish Town and afford The School of Communication Arts 1.0. [John] Gillard was a brilliant teacher. He genuinely changed the way I thought.
I started as a designer, shimmied over to art direction and then body swerved to copywriting. I love to turn a phrase ‘till it catches the light. I’ve had the exquisite joy of working into Gerry Moira at Publicis, Steve Harrison at Wunderman, Trev [Trevor Beattie] at BMB and Tim Mellors at Grey. I’ve won metal for most of them but I think my craft is a very, very long way from honed.

LBB> What was the most useful lesson you learned in the early days of your career?

Jon> I was moaning about a particular client who always used to change the brief halfway through. And I don’t mean the deliverables, I mean the proposition. Someone older and wiser than me said “Jon, you have to learn to be comfortable with ambiguity”. At the time I thought it was unhelpful bollocks, but honestly it was so true. Nothing is ever really cut and dried. And if you wait until it is. You will have missed your moment.

LBB> What was your first professional project and what are your memories of that?

Jon> I honestly can’t remember. I can remember driving a diesel forklift truck, with no brakes, at a daffodil farm in East Anglia, during the summer holidays to earn cash when I was at uni. Does that count?

LBB> And what was the project or piece of work that you felt really changed your career?

Jon> “What the fook do you want to go to Grey for?’ said Trev in broad Brummie [dialect] as I handed in my notice. And at the time, to be fair, that would have been most people’s reaction. But ten years later it was number three in the world, and number one in the UK. The fire that David Patton, Janet Markwick, Neil Hourston, Ray Selman, Chris Hirst and I, started in Hatton Garden shone brightly for years and defined the renaissance of that business. It also changed the career of hundreds of other beautiful talented people along the way. And that I am proud to have helped with.

LBB> What are the industry debates and discussions that get you really riled up?

Jon> How long have you got? At a macro level the hourly billing/quarterly reporting financial straightjacket that the networks have perfected, suffocates the creativity that we all got into this business for. The model is broken. Clients who get mediocre work know it. Creatives who are pitching through the weekend (again) know it. It’s such a shame that those who could change it seem deaf to it. The model is broken and I celebrate those of us who are pushing to change that.

LBB> And looking at the broader industry, what gets you really excited?

Jon> People. People get me really excited. The way that they adapt to change. The way they are embracing ‘working from anywhere’ and rediscovering a work/life balance. The way that more and more, they have had the conviction to leave workplaces that take and don’t give. And ply their trade on their own terms. Watching them flourish and grow, gives me hope for the future of our industry.

LBB> Outside of work, what do you do to decompress or stay fresh?

Jon> Trick question, right? I’m the founder of a scaling business. Luckily, I quite like being ‘compressed’, and a different challenge every day keeps me fresh…