Cheil Hong Kong’s group creative director dives into the local creative market, how she wound up from chemistry to creativity and working with her husband 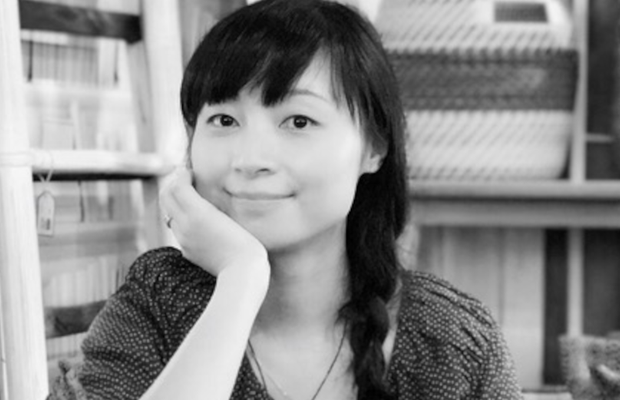 Cheil Hong Kong’s Lili Jiang creativity began at a young age in Shanghai, where she grew up. Though, she was never given the chance to show off her full potential until, ironically, during her chemistry degree when she was presented with a moment to showcase her copywriting skills at an advertising agency. From there, her career as a creative began. It took her to Hong Kong, introduced her to her husband and now she’s wound up as Cheil Hong Kong’s group creative director. Lili’s creative star is on the rise too as she’s helped bring to life some of the agency’s beautiful, award-winning campaigns in recent years, including JBL’s Block Out the Chaos as well as work for Chupa Chups, Penguin Books, and Samsung.
To hear more about Lili and pick her brains about creativity in Hong Kong, LBB’s Natasha Patel caught up with her.

LBB> Let’s start with your entry into the advertising industry. You originally studied chemistry at university, so how did you go from there to creativity?

Lili> During my years in college, I realised actually I’m not a very rational person, and those difficult subjects almost drowned me.
And then, a very famous local advertising agency was looking to hire a new copywriter. And since I was a fourth year student, I was desperate. I got in after a first round interview and became an intern there, competing with all the other students from the top universities in Shanghai, like Fu Dan University, Tong Ji University, and most of them were majors in journalism. I felt my chance was super slim.
The creative director really liked my copywriting, and they said I was good at inventing new Chinese phrases. During a pitch, the tagline I wrote was appreciated by the client and helped to win the account. I became a little hero there. Next day, they announced that I was the chosen one for that position - and from that point, I start my advertising journey.

LBB> The industry also introduced you to your husband! What is it like for both of you working in the advertising field – are you competitive? Do you bounce around ideas?

Lili> It’s a very interesting question actually. Sometimes we do need to compete with each other in a business pitch.  We try our best to avoid it by asking our boss to assign another group head to take charge of the pitch. But still there’s been several times when it’s been inevitable and we bump into each other at the client’s lobby. The feeling is a bit awkward!
We seldom talk about ideas at home, because it’s no good at all. One situation is if you like the idea or the insight, you can’t help thinking of it and throwing out suggestions or executions. Or if you don’t like the idea, as a creative, you will be very honest and straight forward, and that triggers a furious debate or fight. So we avoid discussing each other’s ideas at home.

LBB> Looking at Hong Kong as a creative scene, what categorises it and what have been the biggest changes since you entered the industry?

Lili> At the moment, it is a bit formulaic and a bit dated.
Hong Kong’s advertising used to be very strong in TV and press. Agencies were super competitive and provocative, and each agency had its own company culture and strength in different aspects. The people who worked in this industry had a special halo around them. Client respected them. At that time, agency people were just like kindergarten teachers, while the clients were ‘naive kids’ who’re always eager for guides and interesting stories.
But in the recent years, since consumer behaviour has changed and social digital media has grown, every brand is tending to cut its budget. Sometimes, in order to save money and launch the product as quick as possible, clients don’t care about sacrificing interesting executions and quality. They don’t really listen to agency. And sometime in order to accelerate things, they will just throw out a reference and say ,’Can you just do this for me?’
There has been a rise of unhealthy and cutthroat competition recently too. Lots of small local agencies opened offices and they are willing to take on a project on a super-low budget. This makes the ideas and executions things on a ‘production line’ without quality control. And the worst part is, clients are okay with that.

LBB> I know you’ve been working hard over the last year with plenty of exciting campaigns, did any stand out to you?

Lili> The JBL headphone “Block Out The Chaos” campaign. Before this campaign when people think of noise cancelling headphone ads, they always recall those brilliant executions from BOSE. But now, the first jump to mind is this chaotic but serene visual of JBL.
We call it an occupied effect, which makes us feel awesome. And this campaign also realised my dream of winning a Cannes Lion in this industry. I have no regrets.

LBB> Looking at the industry as a whole, what excites you right now, and equally what do you find frustrating?

Lili> The diversity and inclusivity, which opens new doors for women, and create a lot of new opportunities for me are great.
Low budgets and conservative, opinionated clients frustrate me a lot. That gives a huge negative impact on the work we do. It’s a bit depressing to see your idea being tortured and made flatter and flatter. Every good idea deserves a chance to become a great idea, not in the opposite way.

LBB> Who are your creative heroes and why?

Lili> Many different people.  Who inspires me at certain points and certain moments will be my creative hero.
The Chinese author Mo Yan, who is the winner of Nobel Prize in Literature probably inspires me the most. He was born in a poor farmer family, but he’s an amazing storyteller. I tried to learn from him, observing things in a nano way, giving imagination or a metaphor to everything I see, everything I touch, everything I smell…

LBB> Are there any philosophies you live by that have helped you in your career?

Lili> Some YouTube channels that talk about the ‘Supernatural’ and ‘Mysterious events/power on earth’ make me believe everything is possible and this universe is full of the unknown. So I think big - really big. I keep naïve eyes and a mind of ‘I choose to believe’, just like a child. That way, life is gonna be more fascinating.