The CCO of Observatory speaks to Addison Capper about having Dan Wieden as her first ever creative director, the 'art of the possible', and (potentially) inspiring Ryan Reynolds' advertising career 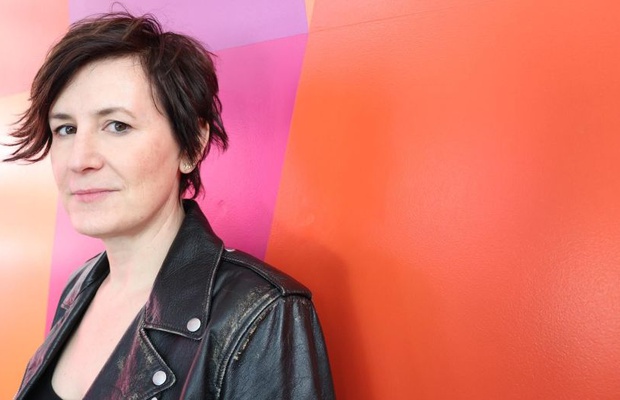 One morning, at 6am in her homeland of Australia, Linda Knight and her then creative partner Ned got a phone call. On the line was, casually, Dan Wieden and Susan Hoffman. They’d spotted a piece of Coca-Cola work of theirs on the cover of Lürzer's Archive and got in touch as Wieden+Kennedy was beginning to grow its Nike work internationally and hiring talent to do so. They upped sticks, moved to Portland and Dan Wieden was their first ever creative director.
Nowadays, Linda is the chief creative officer of Observatory, a Stagwell & CAA company that was dubbed by Fast Company as one the 'Top 10 Most Innovative Companies of 2020'. She was previously CCO of Phenomenon, ECD at TBWA\Chiat\Day LA, and spent almost a decade across Wieden+Kennedy's Portland and Amsterdam offices, working primarily on Nike. During her career, she's also completed the advertising sports trifecta, creating campaigns and succeeding in the traditionally male dominated Super Bowl, Olympics and World Cup.
LBB's Addison Capper picked her brains on brands leading meaningful entertainment, the 'art of the possible', and (potentially) inspiring Ryan Reynolds' advertising career.

LBB> The early parts of your career saw you become one of W+K's first-ever international hires. That's pretty mega! How did that come about? And what are your memories of those early times at Wieden?

Linda> Wieden+Kennedy was beginning to grow Nike internationally, and they were looking for creatives. My partner Ned and I were only one year in, but our Coca-Cola work made Lürzer's Archive cover. Susan Hoffman saw our book, and we got a call from Dan and Susan at 6am one morning offering us a job.
We moved to Portland, surrounded by some of the industry's best talents - Dan Wieden was our first creative director!
It was a wild time; ‘work hard, play hard’ doesn't even begin to describe it. W+K is a place where individual voices are encouraged to shine, and it’s okay to fail as long as you take a big swing. All we cared about was doing great work. Industry awards were doorstops and falling out of cupboards. Those of us there in the ‘90s have some of the most amazing memories of our advertising careers.

LBB> Rewinding from that, how did you get into the industry in the first place? You grew up in Australia, right? How did your childhood there end up with you working in advertising?

Linda> I had no idea about the advertising industry growing up, besides knowing every Aussie ad jingle by heart.
I grew up in Wollongong, a blue-collar, working-class steel town. It was a complete departure to leave ‘The Gong’ and study fine art at the Australian National University School of Art.
My final show included wall-sized photographs paired with provocative copy. One sage pundit suggested they looked like advertising posters. Hmm - advertising seemed as good an idea as any. I don’t remember who that person was, but that remark sent me to Sydney, where I met creative directors, got briefs, and started to put together a portfolio.
I worked for free at agencies by day and by night worked jobs to pay the bills. It was a tough time, but also fun. I learned a lot.

LBB> You joined Observatory at the beginning of 2020 - what tempted you over to the agency?

Linda> I’ve known Jae Goodman, our CEO, since we worked together at W+K many years ago. As a former W+K copywriter and long-time chief creative officer at CAA Marketing, he brings a level of creative expertise and experience to the CEO's seat that's uncommon.
I’ve watched him and his team crank out exceptional, innovative, and disruptive work since they were within the walls of CAA. They were ahead of everything everyone is trying to do now. They saw opportunities for brands willing to think and act differently. Why interrupt entertainment and sports with commercials when you can be a meaningful part of it or even the creator or owner? Our industry is evolving, and Observatory is leading that evolution.

LBB> It's been, let's say, quite a year since you joined! How has it been for you from a business sense? How have you navigated the challenges of running a new creative department, mostly from home?

Linda> It certainly wasn’t the year we were expecting, many of our clients had to cut back or pause work altogether, but we've adapted like everyone has had to.
We pitched and won new business. Considering the year we just had, we produced much work. We sent a pint of ice cream into space, created a telephone hotline with Netflix comedians, and collaborated with Fender Play Foundation on a series of digital concerts to support deserving students attending Los Angeles Unified School District (LAUSD).
We're also really proud of our supporting role in creating the show 'Stylish With Jenna Lyons' on HBO Max and another film that will be launching soon on HBO. We also have big, yet to be announced entertainment properties in the works. We’re busy.
I had one month in the office before we were locked down. In some ways working from home has brought us all closer. We're together in our kitchens, living rooms, bedrooms, and quarantine hotels. We watch each other make (incredibly meticulous) brewed coffee, eat burritos and share the witching hour when the kids and pets lose it.

LBB> Within that year, Observatory was named one of the most innovative companies in the world by Fast Company. With that in mind, how would you define Observatory's place within the ad industry? What are the reasons that it was named on that list?

Linda> We believe great brands go beyond interruptive advertising to create and participate in popular culture. We're built like an advertising and marketing agency but also act like entertainment producers.
Because of where we sit, at the centre of culture in Hollywood, we can create ideas that go beyond traditional advertising to live in the culture. We work upstream, alongside individuals and companies, to create content that attracts and engages audiences, content that consumers choose to interact with rather than being forced to sit through traditional advertising.
We may be the only agency that can: lead global, fully-integrated advertising campaigns (like launching Marriott Bonvoy in 23 countries); create content-centric campaigns (as we've done for Budweiser in China and Corona in Mexico); create powerful entertainment brand partnerships, and make ‘pure’ entertainment that drives brand and business results (like our shows and films on HBO Max and HBO.)
Our spectrum of work is broader than any of our competitive set; Observatory has a more significant ‘art of the possible’ when developing marketing solutions for our clients. When we say ‘idea’, the implication is not ‘an idea for an ad’... it's an idea that will drive your business like an ad, but advertising is only one of the many forms it could take.

LBB> You've completed the 'sports trifecta' as your bio says! Firstly, what are the lessons you've learned from working on events as big as the Super Bowl, World Cup, and Olympics?

Linda> Getting work approved for the big, high-profile moments sometimes takes an entire year to complete. Rounds of presentations, briefs and re-briefs, and full-time and freelance team members giving it their all. I’ve seen teams get discouraged and give up.
Half the battle is gutting it out and starting again with the same passion as day one. Don’t lose momentum. Don’t be precious. Don't compromise creativity. And always present brave work. If you don't have any average ideas to share, the clients can't buy mediocre work. Never have a safe backup because that will always be the one that the client approves.

LBB> Historically, they've been male-dominated categories. How was your experience working in those spaces, and did it cross your mind when doing so? And how do you see those categories now?

Linda> It wasn’t always easy. I was often the only female in the room, but when everyone is striving for the same thing, to make great work, the differences soon disappear.
I’m not an NFL player, but I share some of their psychology, the competitiveness, the desire to win, to prove everyone wrong. Being underestimated can be very motivating.
These days it feels like there is more representation and more understanding that great ideas aren’t exclusive to a specific gender or race. When it's not the same people telling the stories, the stories are much more exciting and breakthrough. But we still have a way to go.

LBB> Which piece of work from your career are you most proud of and why?

Linda> I love so much of my past work, but often it's the least traditional that I hold most dear. I’m also attached to specific creative because of the people I worked with and the experiences we had doing the work. I’ve collaborated with some fantastic people.
Something that seemed to catch fire was the Toon Blast campaign we did with Ryan Reynolds. It was a campaign of films with Ryan obsessed with the mobile game Toon Blast. One film, ‘Arms’, had over 150 million hits by the end of its run.
Maybe that experience had Ryan Reynolds thinking, “Hey, this marketing thing is easy, maybe I should write some ads”?
Oh, and please dial 1-866-PUNCHLINE. Operators - by which we mean Netflix comedians like Wanda Sykes - are standing by!

LBB> What keeps you busy in your downtime? Any quirks or hobbies that keep you creative/relaxed?

Linda> What is ‘relaxed’?