Cheil’s regional ECD for Central America on how creativity makes tech accessible, working on one of the world’s most innovative brand and the importance of humour 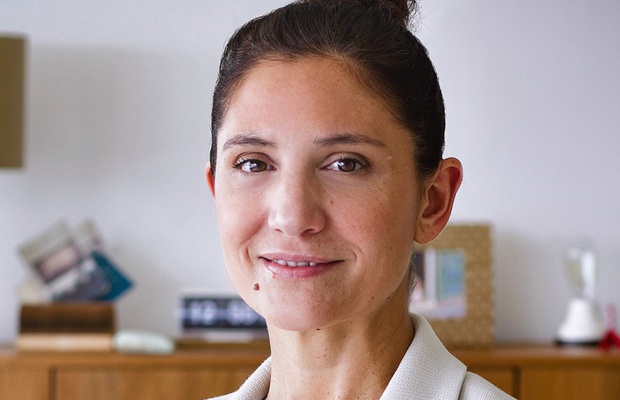 It’s been a tough year but a good year for the team at Cheil Central America. Regional ECD Mariana Peluffo took the helm in December 2019… and shortly after that Covid-19 hit. But in that time, the team has pulled off some witty, beautifully crafted work for Samsung and Greenpeace, and within the network the region is making waves. As a leader, Mariana has embraced the challenge of working remotely, flexibly and efficiently.
Mariana caught up with LBB’s Laura Swinton to talk about her creative career, how love inspired her journey from Argentina to Panama and to find out what’s sparking the magic at Cheil Central America.

LBB> What was it about the opportunity at Cheil that appealed to you?

Mariana> I was interested in working for an Asian company that was focused on covering all the touch points of one of the most innovative brands in the world.

LBB> Because of Cheil's roots a with Samsung, it's built around creative and technology – how has that evolved how you think of how creativity intersects with technology?

Mariana> Technology is a fabulous creative expression, and it requires a lot of imagination and, in many cases, a deep understanding of human behaviour.
Creative communication can be a valuable instrument to make new technologies more accessible to people, and I'm delighted to be part of that process.
LBB> And you started the role in the midst of a pandemic! How have you found that?
Mariana> It wasn't easy. Two months after joining Cheil, lockdown started.  I barely knew my team and the directors of the other areas.
My approach was to adapt and try to encourage close communication among my team. As a result, after a few months, we worked remotely as one efficient team. I'm proud of what we have achieved during that particular period.

LBB> What have been the interesting creative challenges that this unusual year has thrown up?

Mariana> Despite the fact this year has been one of the most challenging in my entire career, and for Cheil Central America, it has been one of the best years.
Our office was able to obtain a chair in Cheil's Global Creative Board and for the very first time, we participated in prestigious international advertising festivals, such as The One Show, El Sol de San Sebastian, and Cannes Lions. So, we are confident we are on the right path.
LBB> Speaking of working from home, the Samsung Hooommme campaign is so relatable – what was the seed of that idea?
Mariana> "Hooommme" was created and produced from home, including all the deep breaths that come with it.  Using humour and complicity, we managed to show how we can reconnect with our homes through Samsung.

LBB> And the agency's work for Samsung has been great at injecting humour into a sector not always associated with comedy – both the Hooommme campaign and Cine Club. What's the key to humour in advertising?

Mariana> Here, in Central America, people are cheerful, and a positive attitude is part of our daily basis. With Samsung, we seek to speak in the same language without losing the brand's identity through our proposals.

LBB> This year you created a really powerful campaign for Greenpeace – the crafting of the idea is fantastic. Can you tell me about the process of refining and developing the idea, and how you and the team were able to achieve that level of craft?

Mariana> In ‘The Nature of Plastic’ campaign, we worked in a limited workspace. There was such a delicate balance between the scales required and the light we used to reach that point where plastic turned into a landscape. We were focused on positioning the camera in the exact spot to unveil something already there, on those plastic textures under an unexpected new identity: nature.

LBB> Going back to your journey towards advertising and creativity, what kind of kid were you – was creativity a big part of your childhood?

Mariana> As a child, I was very friendly and curious.  I enjoyed creating games, and many times I often caught my teachers' attention because of how I perceived things. For example, when I was in kindergarten, I had to draw the founding Mother Nun of the school, and I drew her in jeans.

LBB> What was the culture – art, books, games, ads, music - that shaped you growing up?

Mariana> I developed the habit of reading as a teenager. One of my favourite authors was - and still is - Paul Auster. I used to read Charles Bukowski a lot.
I am addicted to solitaire, and I have not played it for two years, nine months and 14 days.
During my first steps in my career, the ads that caught my eyes were the Sony Balls commercial and a Rolling Stone print. It was a tribute to George Harrison and the headline reads: "The kind of pain we feel once in a lifetime. Or twice. Four at the most."

LBB> At what point did you realise that you could pursue a creative career?

Mariana> I started my career unsure of how my journey in the advertising industry was going to be. Then, as a trainee in Leo Burnett, everything started to make more sense to me, and I understood the phrase, ‘the power of ideas’.

LBB>How did you develop your craft?

Mariana> I consider that it is necessary to have a ‘keep learning’ attitude. Renewing and encouraging your team to try different things is the essential part of that process. That means embracing taking risks.

LBB> What was the first campaign that you worked on that made you feel really proud?

Mariana> The first campaign that made me feel gratified was the Buenos Aires Zoo, obtaining an award in Cannes.
I remember that those billboards were located in one of the principal avenues of Buenos Aires. Every time my family saw it, they pointed out that I had done it.

LBB> What inspired you to move from Argentina to Panama? And how did you find the move?

Mariana> Love made me migrate to Panama. My husband got a job offer here, and together; we started this adventure. Within 20 days of arriving, I was leading the Wunderman creative department.

LBB> What's the key to understanding Panamanian creativity and culture?

Mariana> Despite the fact Panama is a young country, its history is vibrant and unique. It is a country that’s split in two to connect the world.
Panama City is a Latin American hub full of diversity, and you can sense that energetic feel every day. This strategic location means that by working here, we serve a vast region.

LBB> The business is changing so much and so quickly – from your point of view what's the most interesting change that you're seeing and why?

Mariana> We recently learned that we can make things work no matter the distance or time zones. Today we can produce or work with anyone from anywhere globally.

LBB> What does the future of the industry look like?

Mariana> From what I'm seeing, collaborations between different offices will no longer be exclusive to big projects. Instead, they are becoming part of the day to day, giving the offices the possibility to be more flexible, versatile, and reactive.

LBB> Who are your creative heroes and why?

Mariana> When I started working in advertising, my heroes in the industry were the most famous creatives or artists in the local market and the world.
Today, it is much easier to connect with artists, illustrators, photographers, and creatives from any country, even with professionals who are not famous and are starting their careers.
Now, inspiration is more friendly and diverse.

LBB> And outside of work, what inspires you?

Mariana> My husband is an excellent source of inspiration, and I like to discuss ideas with him. He is a pilot, and his point of view is always interesting.
Sitting in a cafe watching people walking down the street, reading, playing with my kids, going to exhibitions and walking reminds me that on those simple things lies the treasures of my life.