The chief creative officer at GGH MullenLowe on why she’s excited by her new team, the nuanced differences between different parts of Germany and the importance of self-belief 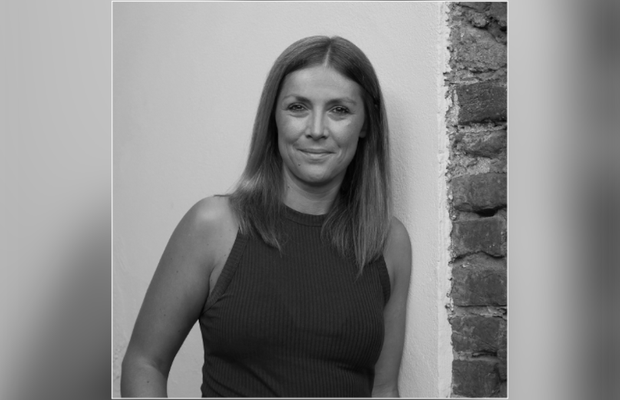 Unlike the majority of European countries, Germany’s creative industries are spread out across a number of different hub cities, each with its own unique flavour - Berlin, Hamburg, Munich, Dusseldorf, Frankfurt… Marielle Wilsdorf, originally from Franconia (distinct from Bavaria, she stresses), has worked all over the country in her creative career, before landing most recently as the chief creative officer of Hamburg’s GGH MullenLowe in August 2021.
Having been a key player in creating celebrated work for BVG, Deutsche Telekom and Lego, LBB’s Alex Reeves caught up with Marielle to hear about the values she plans on putting into practice at the head of a new creative department.

LBB> Congratulations on your new role! What are you most excited about getting to work on at your new agency?

Marielle> Thank you so much. An existing team of super talented people awaited me at GGH MullenLowe (plus a few I brought with me), who love their job and want nothing more than to get good work out into the world. I’m excited to show the people out there what’s hidden behind this agency.

LBB> Do you have any broad philosophies about creativity or advertising that you think will be guiding you as you run the creative department at GGH MullenLowe?

Marielle> I believe in giving your team responsibility and asking for their opinion. The more freedom you give them to try things themselves and make mistakes, the more you get out of them.
Sometimes it’s easy to think, “The more teams I put on the job, the more variety you get,” but actually that just creates unnecessary competition which can be frustrating for everyone, rather than just having one or two teams who can solve the problem. If you have good people on your team, they create healthy competition between each other to give you the best outcomes.

LBB> Where did you grow up and what sort of kid were you? Do your childhood traits continue to guide the way you work as a creative leader?

Marielle> I grew up in a little town in Franconia (it’s actually part of Bavaria but we don’t say that ;-)). I was a happy and curious child and not shy at all. I always wanted to be surrounded by as many people as possible, so I had a big circle of friends as a child and teenager and that’s something that’s always stayed with me. Although I don’t have as much time anymore, it’s still important to keep in touch with the people who are special to me.
I think that’s something that I’ve continued doing in my career. I love being surrounded by so many individuals and best-case scenario, they’re passionate people who I have fun working alongside. I often use my network to find solutions and it’s always better working with friends or people you know and trust. I also kept hold of my curiosity. If there’s something new, like a platform or technique, I want to explore it, understand it and transform it into a solution for the clients I’m working for as fast as possible.

LBB> How did you get into advertising in the first place? Was it deliberate or by accident?

Marielle> I was quite sure about going into advertising fairly early on. I think I was 15. I had an uncle who worked in a big PR agency. At family events he was always the coolest. I managed to get an internship while I was at school and someone there was saying, “you’re too crazy, you need to go into advertising.” I took that advice very seriously!

LBB> You studied in Munich and you've worked in Berlin and Hamburg for significant stretches. What have you learnt about the various hub cities in Germany and how they compare?

Marielle> The decision to move between these cities was not only due to the location of the agency I was working for at the time, but also made because of the different stages I was at in life. I studied in Munich and while I met some of my best friends there, I didn’t find a match with the city. Then I moved to Berlin because I wanted the opposite: there’s more going on, it’s bigger, there are more possibilities and, of course, because most agencies were in Berlin or Hamburg. I had the opportunity to start my career at Heimat agency which was still small but already one of the best. After some years in Berlin, which can also be a bit exhausting, I decided to move with my boyfriend (now husband) to Hamburg. As people often say, Hamburg is a good mix of both.
As for the agencies in each of these cities, I can’t say there’s much of a difference based on location!

LBB> Is there a lesson you wish you'd learned earlier in your career?

Marielle> Good question. I would say that if somebody is telling you that you can’t make it, don’t believe them. Be brave and believe in yourself. Especially as a woman. Of course, it’s hard work but it’s worth saying what you think and having an opinion.

LBB> What (recent) piece of work are you most proud of and why?

Marielle> The BVG ticket shoe. It was such a successful campaign, plus it was a really special one to be involved with. The right timing, the right idea, such a great team, client and the spirit of everybody involved brought it to life. We all believed so strongly in the idea that the hard work simply didn’t matter.

LBB> What do you do outside of work to stay inspired and energised?

Marielle> I take most of my inspiration from my surroundings, particularly my husband and friends. Real life gives you the best insights!