The Cheil Germany creative director on the thrill of starting from scratch, why she values “creative empowerment” over creative leadership and what she misses most about pre-pandemic life 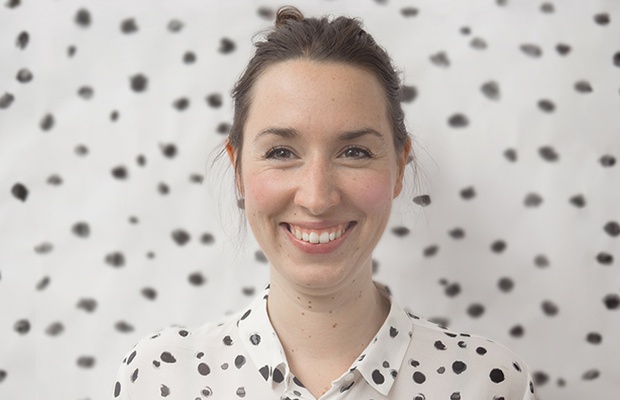 Miriam Preissinger is a multifaceted creative director, but with a particular passion for brand experiences, services and products.
She was born in London and raised between the UK, Germany and Switzerland. Having worked for international agencies such as Leo Burnett and David&Goliath, she joined Cheil Germany in 2013 and soon became creative director.
She’s been a tutor at the University of Applied Science in Bielefeld, where she taught interface and interaction design, and has also involved herself with various university courses in the Rhine-Main area.
LBB’s Alex Reeves caught up with Miriam to find out more about her background, some of her most interesting projects and her perspective on creative leadership.

LBB> By the time you were 18 you'd lived abroad for the same length of time as you had lived in your native Germany. What impact has that had on your outlook on creativity?

Miriam> Starting a new life every couple of years makes change a constant companion. In regard to creativity, I believe it has taught me to be a bit less fearless of uncertainty and starting over from scratch. Like the blank piece of paper in front of you when you start a new project: Yes, it's slightly intimidating, but it’s also exciting to shape something completely new.

LBB> You’ve previously told LBB that you landed your first advertising job sort of by accident. What was it about the job that made you stick it out and not go back to studying graphic design?

Miriam> During my studies creativity was mostly linked to design and my view on creativity was quite narrow. It wasn’t until I started working in an ad agency that I understood all the different angles of creativity that come together in this industry. It felt like a melting pot and that’s what intrigued me most. And of course, it was all about the great team and people there and I was very lucky to start with some really nice projects.

LBB> What have been the most important projects you've worked on as you've developed as a creative over the years?

Miriam> I couldn’t nail it to a project but more what the process of projects itself teaches you. I think the toughest lesson to learn in the beginning is that creativity alone is not enough. You need to understand the business aspects behind projects, the pains of a client, the needs of consumers. It’s hard work to get all of those things right together but over the years you develop a certain sense of what can really work – and I believe that is often the key to successful projects.

LBB> The 'Windows into the Future' experiential campaign for Samsung that you worked on was a really ambitious and innovative use of shop windows. What was most exciting about working on that project? And what was the key to getting it right?

Miriam> Product launches in the tech field are very explanation-driven because it’s all about the details. So, putting a smartphone into a shop window where you cannot say anything and still need to explain what it does is a challenge. But that’s of course what makes it interesting from a creative aspect.
For this project it was all about finding the right balance in different aspects:
On a brand level to create a consecutive story for 10 shop windows that work storytelling-wise but are also visually appealing. Then finding the sweet spot for interaction – to what extent would a passer-by still interact with a shop window that is normally known to be a passive medium?
We were balancing digital with analogue elements in the right way to make it interesting but still stable from a technical standpoint especially with a running time of over weeks.

LBB> In recent years a lot of the campaigns you've worked on have involved emerging (or at least non-traditional) technology. What are the key lessons you've learnt about working in that space with brands?

Miriam> Working with emerging technology is a bit like riding a rollercoaster with lots of ups and downs.
Most of the time you cannot rely on anything pre-built; you are starting from scratch. So, you are always ping-ponging between creating something entirely new and nothing is working – that can be mentally quite challenging over the course of a project, especially if you have tight deadlines.
Over the course of the years, I have learnt to keep evolving concept and execution with the technology while going with the project flow. If you are prepared to constantly find work-arounds and re-adjust if something isn’t working, you will succeed. Also ensuring enough time for testing and failing is key. And get experts in fields that are not your home turf you can trust and rely on.

LBB> How would you describe your style of creative leadership? What's the key to the way you relate to your team?

Miriam> The human aspect in leadership in my opinion is often still underestimated – while you might be a talented creative that does not automatically qualify you for great leadership.
Personally, I believe that good leadership comes from taking a step back yourself and helping others to prosper, no matter the industry. So maybe the term creative empowerment is something I can relate better with: It’s about initiating the right course, giving creative impulses if needed but leaving the stage to the team so that they can really shape the project.

LBB> How has the pandemic impacted on the work you do? Have there been any surprising discoveries?

Miriam> The beginning of the pandemic felt like a super speed demonstration on how adaptive human nature is: How fast some things were suddenly possible that were unthinkable before. Like everyone working from home from one day to the next. Getting digital tools implemented in a short amount of time. Even things like remote brainstorming in a group worked out. But on a downside, it has also made me realise how much of our contentment at work relies on human interactions and that these are vital for a positive working environment.

LBB> You mentioned last time we spoke to you about how you stay inspired by art exhibitions and performances. How have you replaced those activities since they've been cancelled by coronavirus?

Miriam> I did a lot of cooking in the beginning, even knitting and gardening and things like that – any activity that didn’t involve a screen because I felt stuck in the virtual world after days and days of endless conference calls.
But honestly, after living one year in a pandemic we have all learned the limits of the virtual world. Because it’s not only about seeing an artwork but everything that comes with it as an experience: from going there, to seeing other people, the feeling and energy that translates from and piece of art or performance. I am really looking forward to picking that back up as soon as it will be possible again.

LBB> What are you most excited about in the near future? Either in the world of creativity or just in life!

Miriam> Seeing more than two people at the same time sounds like the most exciting thing life has to offer in the near future.

Cheil Germany Creates Billboards So Adhesive They Stick to The Mind