The new dentsuMB UK CCO on joining adam&eve at the beginning of its fairytale, creating a digital world based on Harry Potter and how the world has changed for good this year 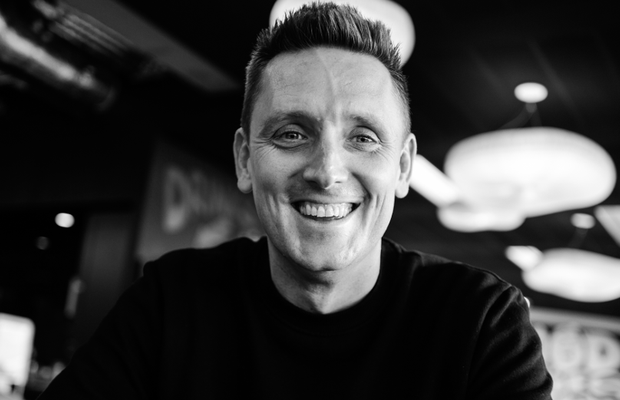 Having spent the last 10 years at adam&eveDDB - an agency that dominated the UK creative scene for practically that whole decade - Simon Lloyd’s recent appointment as chief creative officer as part of dentsumcgarrybowen’s new management team looks like a promising move for the agency.
As well as leading last year’s John Lewis Christmas campaign, ‘Excitable Edgar’, Simon was behind cultural phenomenon Pottermore, an online space where JK Rowling could connect with the vast Harry Potter fanbase. As a result, millions of us now know definitively which Hogwarts house we belong in.
LBB’s Alex Reeves spoke to Simon to hear about his journey and where he plans to take dentsuMB UK creatively.

LBB> What was your childhood like? Any clues back then as to what you'd end up doing?

Simon> I grew up about as rural as you can get, in an old farmhouse at the end of half a mile of bumpy road that my parents spent 20 years renovating. I lived in England but crossed the border to Wales every day to go to school. Nestled on the border between the woods and the fields, I spent my childhood wishing I was closer to my friends. It was not until later that I realised the benefit of remote living. With no neighbours to speak of, the parties as the kids got older grew in fame! (I am one of four.) But the influence of the creative industry was limited. My dad was a professional photographer, and I followed in his footsteps by knowing I wanted to do something creative, but it was little more than that until a trip to London when I was 16.

LBB> What was your journey into the ad industry like and what were the important moments looking back on it?

Simon> During the two weeks’ work placement you get in school, instead of visiting one employer, I went to London and saw about a dozen. Illustrators, animators, photographers and a creative agency. I vividly remember working with two guys who had to promote The Times online. They drew a dog with a laptop in its mouth. The next day it was in the paper. I thought to myself, “I could do that.” When the time came, I studied at Bucks Uni under Dave Morris. I learnt a huge amount and then bit the bullet once I graduated by moving straight to London. After attending a book viewing night, my creative partner Christine Turner and I were picked up by Bates UK and started a three-month work trial. That’s where it all began. Strangely, in the building that sits directly opposite DDB.

LBB> What was adam&eve like when you joined? How did it feel at the time?

Simon> Believe it or not, it felt like a risk at the time. Ben Priest met us for a coffee and told us what they had planned. Little did we know that Ben and Emer Stamp were shooting ‘Always a Woman’ [for John Lewis] as we joined. It was the beginning of a fairy tale story. At the time, adam&eve were on Shorts Gardens, where the floor was so thin you had to be careful not to scratch your chair across the floor when there was a meeting downstairs. Looking back is odd. We were a little family, working hard and enjoying every minute.

LBB> What campaigns there were the most important growth experiences for you and why?

Simon> Writing interactive work for MINI at Glue was our first high point. Especially when it did so well at Cannes, winning a Gold Cyber Lion. It made sure interactivity and craft were at the core of everything we did from then on. When Christine and I joined adam&eve, we continued the trend by producing an interactive lighting experience for John Lewis on the South Bank, the first time the brand had ever done something so unconventional. Pottermore, the site that J.K.Rowling provided as a thank you to her fans, followed. The scale of it was unlike anything we had ever done before. We effectively hid in the basement of Shorts Gardens for a year until it went live.

LBB> How did you get involved with Pottermore? What was your input there and what was the experience like?

Simon> It came out of a relationship that Jon Forsyth had with Sony and J.K. Rowling’s publisher. They knew they wanted something special and had a build agency involved already. We came in and said it needed proper creative thinking, which is exactly what we got to do. It was, and probably still is, one of the most stressful yet rewarding projects I have ever been involved in. It was a true moment in time and to co-create with the author herself was simply incredible.

LBB > Would you say that you have a ‘leadership style’. How would you define it, if so?

Simon> Work hard and be kind. Lead by example. And remember, it’s only advertising.

LBB> How are you feeling about joining dentsuMB? How do you view where the agency is right now?

Simon> The agency is on a journey. And I have jumped on a moving bus towards simplicity within the network, a high-quality creative product and a different way of flexing the creative workforce. Dentsu is already a force as a network, and the changes underway will make it even stronger. I had the pleasure of chairing the internal creative judging panel the other day. The innovation, design and storytelling across the network is staggering. They say if you want to know what the future looks like, watch a teenager in Japan. Some of the thinking from Tokyo, in particular, is so refreshing. And I can’t wait to uncover more.

LBB> What are your main goals or things you're excited to get stuck into there?

Simon> I want to build a world class creative department that can cross disciplines, countries, agencies, media and technology. That is the future. Not just of our industry but of the world as a whole.

LBB> How has Covid impacted on your life here? And are there any positives? What's been keeping you inspired?

Simon> It’s been refreshing and tough in equal measure. Flying less means I am seeing much more of my family. Walking my youngest to school every day. Home for dinner every night. A rare thing indeed, especially in our industry. But joining a new company and not being able to meet everyone face to face is hard. Especially when you are trying to boost morale. However, video calling does mean you can at least speak to clients much more often, which has been hugely useful. I think our industry will change forever based on what has happened. Working from home was always frowned upon but I think many people will now do this much more regularly, knowing just how effective it really can be. I don’t think ‘the office’ will ever become redundant. But I do think it has now been irreversibly changed.