Energy BBDO’s EVP, global strategy lead speaks to Addison Capper about working across Asia prior a move to the States, the restrictive nature of numbers, and the need for social change 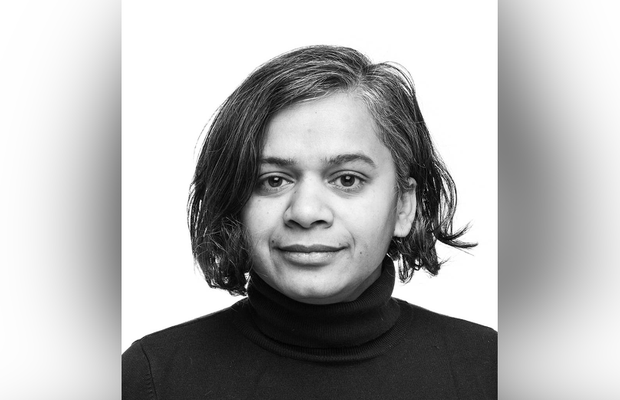 As Energy BBDO's global strategy lead for SC Johnson, Sonal Narain works on some of America's most iconic brands, tapping into data, analytics and a more modern zeitgeist to modernise them and really lean into their brand purposes. Prior to joining the Chicago outpost of the BBDO network, Sonal racked up 19 years of experience. Originally from India, she previously led strategy at the likes of Ogilvy Singapore and Wieden+Kennedy India. Outside of her day job, she is passionate about the need for social change in health, environment, culture, identity and representation, and exercises those passions with additional projects, such as planning a landslide-winning election strategy for a grassroots party in India.
LBB's Addison Capper chatted with her to find out more about her approach to strategy and her passions.

LBB> Let's wind right back to the beginning. Where did you grow up and what kind of kid were you?

Sonal> I was a weird, geeky kid who was into science fiction, astronomy, and all kinds of music and subcultures. I grew up across North Africa and India.

LBB> How did you end up working in advertising? Was it a plan or more of a happy accident?

Sonal> A bit of both, actually. I was always torn between science and the arts. While pursuing my Communications degree, I specialised in market research and got my first job at a quantitative research firm. Even though I was good with numbers, I found them too restrictive. I was always left feeling a bit high and dry after my final presentations to clients, aching to be able to create something from the insights I was gathering. I wanted to leave a mark on culture, something that moved people and made an impact on how they lived, breathed and behaved. Strategy in advertising was the obvious choice, and after about two years in research I took up my first advertising job.

LBB> Much of your career has been spent in India and Singapore before you moved to Chicago a few years ago. How does your experience in those markets inform your work in the US?

Sonal> Having grown up living and working across different cultures, I developed a life-long fascination with learning about new cultures. I always try to understand them through the lens of media, technology and pop culture. As a result, I’ve learned that even though expressions might differ from culture to culture, human drives are universal and we have more in common than we think. The US, like Singapore, is a nation of immigrants and multiple cultures, so I found many things in common between the two. Examples include a belief in meritocracy and there being fewer glass ceilings for people based on age, gender, race and religion compared to other countries. On the flip side they are also both cultures that are hugely driven by consumerism.

LBB> Which project from your time in the States are you most proud of and why?

Sonal> For the launch of Ziploc’s Fashion Accessory Bag campaign, we partnered with designer Christian Siriano to create a bag made from the junk inside of women’s handbags and launched it at New York Fashion Week. This was a proud moment for all of us as a client-agency team because it helped bring Ziploc into a cultural conversation around fashion. The PR around it was incredible! I can’t speak enough to how incredibly grateful we are to have clients like SCJ who can see the potential in the ideas we bring to them and make them happen.

LBB> And which project from your entire career has had a notable effect on you and why?

Sonal> My work on behaviour change campaigns in Ogilvy Singapore, where we launched Asia’s first behaviour change unit #OgilvyChange with Rory Sutherland, stands out the most. Behaviour change, as a set of principles that help us understand what human behaviour is driven by, is the route to continued relevance for our industry. It helps us approach marketing as design – the design of elements like pricing, packaging, retail experiences, product forms and formats, services and communications ideas. Behaviour change, if applied well by both strategy and creatives, has the ability to move our discipline towards communicating and positioning brands through the entire brand experience, not just paid advertising.

LBB> You have a deep and passionate belief in the need for social change in the areas of health, environment, culture, identity, representation, and grassroots. I wondered if you feel that your role in the advertising industry offers an opportunity to act upon that belief?

Sonal> Absolutely. I’ve always joked that advertising pays me to indulge my hobbies and passions. What could be better than that?

LBB> You also take on additional projects outside of work to help pursue that belief. Can you tell us more about that?

Sonal> I’ve worked on creating, funding and launching India’s first Partition Museum, been involved in research on musical instruments and the impact of film on cinema, done election campaign strategy for a grassroots political party in India (we won the election by a landslide!) and have worked with the Indian government to shape Delhi’s tourism brand and policy.

LBB> What else keeps you busy outside of work? Any quirks of hobbies that we can know about?!

Sonal> An interest in art, politics and activism.