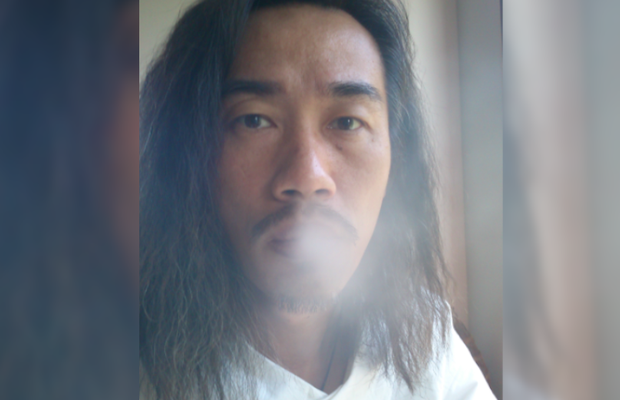 What makes one ‘creative’? Is it something that is nurtured, learned or that you’re born with? Well, TC Chen thinks he has a pretty good idea of where he thinks creative beings hone their crafts; and that boils down to an ‘unhappy’ or ‘different’ childhood which, in turn “stimulates the imagination”.
This may be a unique belief, but it’s one that TC has allowed to carry him along his career starting off at Ogilvy Taiwan as copywriter. Prior to that he was an IT engineer. Witnessing the rise of the internet, he set up a digital company designing web pages during the heady early days of digital – something he believes is pretty similar to the e-commerce revolution of today. Now TC is the ECD at McCann in Taiwan and views his role as a creative as helping to solve brand’s problems to create a better world.
LBB’s Natasha Patel caught up with TC to hear about his early years and how, despite not being as badly hit by Covid-19 in Taiwan, he thinks messaging has changed during this period.

LBB> Take us back to the beginning, where did you grow up?

TC> I grew up in Taipei, the capital of Taiwan. I had a somewhat abnormal childhood as I was always a little different and thought to be on the autism spectrum and suffering from OCD.
I have a hypothesis that a lot of creative people have unhappy or different childhoods as this then stimulates the imagination.

LBB> That’s an interesting perspective. Did you always want to work in the creative industry?

TC> No. I started as an IT engineer! Around 1998, when I was 24 years old, the world had just started using the internet. I was selling computer hardware and business was really taking off, so I set-up a digital company designing web pages, writing programs and doing some basic e-commerce. In many ways, it’s really not so different from what I do now. Just the system has evolved.

LBB> How much has the industry changed since then and what do you think have been the biggest changes?

TC> With the rise of mobile devices and social networks, this industry has undergone tremendous changes. The most important thing is that we are faced with is a social dilemma. The use of certain algorithms can manipulate opinion and impact the ability of brands to solve real problems. This is what I want to change the most.

LBB> So, how did you go from engineering to advertising?

TC> To be honest, although I studied engineering, I have been interested in art since I was young. I have always believed that these two fields are actually the same thing, art is a kind of technology, technology is just the perfection of humanity, as well as art.

LBB> What was your first experience with advertising? Do you remember the first advert you saw?

TC> The first advert I remember was for Lynx male deodorant. In fact, it’s two advertisements for the brand that stand out – one with a boy and a girl switching clothes and the other where the girl rejects a boy. I’m not sure why I recall these – perhaps they appealed to my emo side!

LBB> Tell us more about Taiwan’s creative market, what makes it so unique?

TC> Life in Taiwan is very unique because of the political context, which shapes our interactions with the wider world and also our own perspectives. We are a small country and place a lot of emphasis on the small things. I like to say “make a little something, instead of making a big nothing”. The key thing to note is that Taiwan is very digitally advanced. This really impacts our lives and drives our creativity.

LBB> And what role does creativity have in helping the world today?

TC> Creativity is all about solving problems – in fact McCann’s global mantra is that “Creativity is the only way to survive”. We can help make the world a better place. I believe that being creative stems from being faced with challenges and having to figure out how to overcome these. Creative people are often conflicted – sometimes it is the people with the most challenges who have the best problem-solving minds.

LBB> Where does your creative inspiration come from and what motivates you to push the boundaries of creativity?

TC> It started from being disadvantaged. The reason is probably my unusual childhood and the small country that I live in. I like to travel to less privileged places and observe the real lives of people as they are often the most innovative problem-solvers!
There are huge differences between creatives and how creativity manifests. All too often we fail to find value in diversity. I believe that the future will be best when we embrace diversity and bridge our differences.

LBB> How has messaging changed through Covid-19?

TC> Actually we were very lucky, but Taiwan is one of the few countries in the world where the impact of Covid-19 is really minimal and people's lives are still normal. Remarkably, even though we have nearly 24 million citizens, Taiwan has only seen about 500 cases, with seven deaths. This means that we never implemented the lockdowns that other countries have experienced. Naturally people are still anxious, but we haven’t had to shift to a ‘new normal’.

LBB> What are your hopes for the future at McCann Taiwan?

TC> That we occupy a third space, neither fully digital, nor traditional. Instead, we are hybrids in love with the latest technologies, and that we can harness these new technologies to change humanity for the better.

LBB> As a leader, what legacy do you want to leave behind?

TC> I’d hope to leave things better than I found them. To me, prizes and awards are just a by-product of doing one thing right – there are so many other things to focus on.

LBB> How would you summarise working through 2020?

TC> Given the global impact of Covid, I think 2020 has been about paying attention to the details of life. Focusing on people, the community, humanity. All brands are moving in this direction.

The Truth about Culture and Covid-19: Government's Handling of Pandemic and Rising Racism Concerns