5G: The Myths and the Benefits

INFLUENCER: BBH global CMO Adam Arnold believes advertising has an important role, if not a moral duty, to play in dispelling the conspiracy theories 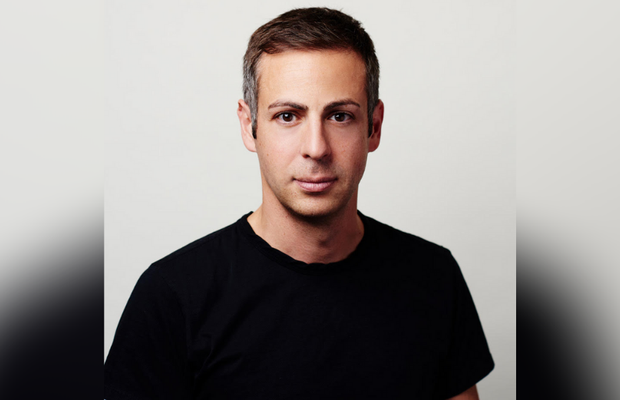 5G has a reception problem. And I’m not talking about its coverage in the Cairngorms. Rather the way in which the next-gen tech has been received by the public. Over the last year, it’s been hard to ignore the wild and baseless claims surrounding the technology. Depending on your particular echo chamber, 5G is either a CIA mind control experiment, a back door for Chinese State espionage or responsible for spreading Covid-19.*

Given this maelstrom, the communications challenge faced by 5G in the months ahead can’t be understated. It’s part of the reason why mobile trade body Mobile UK launched its #5GCheckTheFacts public information campaign to dispel some of the Alt Right mythology and give uptake of 5G within the UK a fighting chance. Despite the first 5G masts going up here in May 2019 – and Samsung 5G phones being available for nearly as long – a YouGov survey last summer found only 27% of Britons intend to upgrade to the network.

I believe advertising has an important role, if not a moral duty, to play in all this.

It's going to be hard yards for CMOs and their agencies. Engage with the conspiracy theorists and brands run the risk of tacitly endorsing their views. Emphatically debunk their beliefs and it might merely fuel the notion that the mass media is run by a shadowy cabal peddling fake news.

Then there’s the problem of reach. Bottom up, it’s not ethically right for brands to implant counter-campaigns into the chat rooms and groups where such rumours are bred. And top down, mainstream media advertising will struggle to match the reach of influencers and celebrities - such as Woody Harrelson and Amir Khan who posted claims linking Covid-19 to 5G.

The time to act though is nigh. As both YouTube and Facebook have promised to remove or reduce content spreading conspiracy theories around 5G, with the latter committing to redirect anybody searching for such content towards accurate information from the WHO or NHS. Recent years have also seen successful myths-busting ad campaigns by McDonald’s about the quality and provenance of it’s beef. With strong creative and disciplined marketing - it is still possible to make headway.

Striking the right tone will be crucial. In the same way that having a row with your petrolhead uncle at Christmas about the climate crisis is unlikely to make him go electric, any campaign sanctimoniously tut-tutting the logic of 5G’s conspiracy theorist risks pushing their adherents further down the junk-science rabbit-hole. We need composure.

And from a position of composure, advertising also needs to find a way to make the tech seem both exciting and indispensable. In its February survey, Mobile UK found that nearly half of those questioned were unsure about the benefits of the new technology. How can we make these consumers crave a 5G handset, in the same way they desire the latest PS5 console?

At BBH, we have come to realise that bombarding audiences with 5G’s impressive stats (a load time 20 times faster than 4G; HD movies downloaded in 10 seconds flat) does very little for appeal and holds less still for saliency. Download speeds are after all invisible. Where’s the visual allure or storytelling going to come from when we focus on speed?

We need to raise eyes to the near horizon. And make the new dawn bright and appealing. Because coming over that hill are new services and experiences that we’d previously not had the tech to realise. We need to make people remember that when 4G was switched on in the UK in 2012, it was hard to imagine that many of the apps it helped nurture, such as calling an Uber on a rainy night, finding a date by swiping Tinder, or accessing your bank account on your mobile. Services that today we depend upon to make it through our chaotic lives. Hence, 5G will give us even more useful and wonderful tools to live by. Ergo, 5G is progress itself.

A decade on from the 4G app revolution, the pandemic has shifted many consumers’ priorities. As such, 5G advertising must focus tightly on the upcoming human benefits. And yes, speak about what 5G can do for wider society too. Even for healthcare and our collective resilience. We’ve all seen how fragile our world is underneath the bluster and bravado. We need reason to believe we can all be stronger and better equipped for the ‘next time’. We could show 5G-powered medical advances such as remote surgery or wearables helping predict heart attacks and strokes. Audiences may also be interested in how 5G can save marine-life by identifying toxic algae in the ocean. We’ve never been more interested in making the world a better and healthier place.

In conclusion, public information is important. But the argument will be won by rich descriptions of the utility, the entertainment and the social good that 5G will enable. Let's start painting that picture for people pronto.

* For a resounding rebuttal of 5G conspiracy theories, read this <Wired> article here or the latest studies on 5G exposure at Aachen University’s EMF-Portal database here (fact: when Ofcom measured 5G electromagnetic radiation at UK sites last year, the maximum was a tiny fraction –  just 1.5% – of the safety limits set by international guidelines).

In a Gender-Spectrumed Future, Will Marketing to Women Be a Thing of the Past?