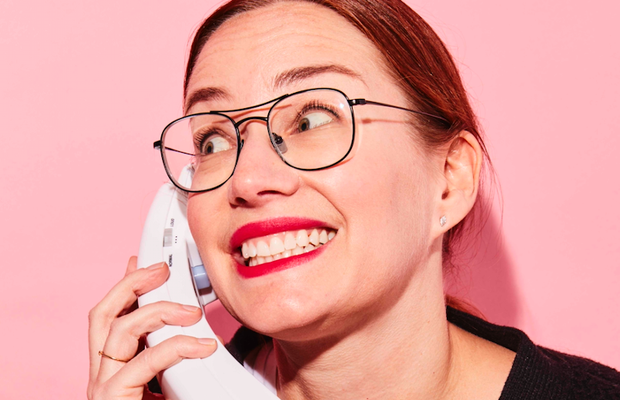 - Above: Ida Gronblom
72andSunny has announced its growing leadership team with new group creative director, Ida Gronblom in New York and the promotion of Lauren Smith and Maite Albuquerque to group creative directors in Los Angeles. All three will join Sherina Florence as female group creative directors across North American offices.
Ida Gronblom
With more than 20 years of creative industry experience, Ida has worked across Stockholm, London and New York and most recently served as creative leader at VCCP New York. Ida has also served as group creative director for Anomaly where she was behind the agency’s most iconic Converse campaign 'Made by You', a Super Bowl campaign featuring Key & Peele for Squarespace and a show-stopping Oscar’s campaign for Kohl’s. During this time Ida grew her group over the years to also include Youtube, Google, Sonos, WW and Sally Hansen.
Prior to that, Ida was at Wieden+Kennedy New York and London as art director. She was the creative force behind some of the agency’s biggest global Nokia campaigns as well as award winning work for Honda. In London she also conceived a music video for the music act 'We Have Band' that earned two nominations in the UK Music Video Award.
“Ida has a remarkable history for making impactful creative work spanning across the globe. Her passion to grow the creative leaders of tomorrow coupled with our mission to set creative standards and deploy creativity for positive change makes us truly excited for her to join our growing team,” said Carlo Cavallone, executive creative director and partner, 72andSunny New York.
“I’m excited to join Carlo’s new creative leadership team and hope that this will mark a new agency chapter informed by our backgrounds and shared focus on empowering and guiding great talent to craft unforgettable work” added Ida.
Ida joins Sherina Florence who was also recently hired as group creative director in New York.
Lauren Smith and Maite Albuquerque
72andSunny Los Angeles has promoted Lauren C. Smith and Maite Albuquerque to group creative directors. Lauren has been with 72andSunny since 2017, and has grown her creative career at the company from a senior writer and creative director working on brands including Google, Adobe and Adidas. Prior to 72andSunny, Lauren worked as associate creative director at TBWA\Media Arts Lab working on Apple.
Over the past few years, Lauren has been a driving force behind Adobe’s most standout work including the Photoshop film, Fantastic Voyage and Stock Film Festival. She is also an alumni of Cannes ‘See It Be It’ program and invests herself in mentoring with a particular slant towards the next generation of creative women.
Maite has served as creative director for 72andSunny since 2018 and has worked across brands such as Pinterest, Google and Adobe. Prior to 72andSunny she helped open the Mother office in Los Angeles in 2017 after serving as art director for 72andSunny. She also serves as a teacher for Art Centre School of Design and works as a mentor in a project that helps Brazilian women have a chance to work abroad.
“72andSunny is a company that believes in the creative potential of all, and we need strong visionaries and stewards to bring our creativity to its highest potential,” said Matt Murphy, executive creative director and partner, 72andSunny Los Angeles. “Their promotions further our goal of building the best creative leadership team in the world. Maite and Lauren bring very fresh and unique approaches to both how they lead our creative community, as well as their ability to make impactful and unignorable work.”