‘Gift Box’, created by BBDO and directed by Biscuit's Noam Murro, demonstrates the possibilities of cardboard at this time of year 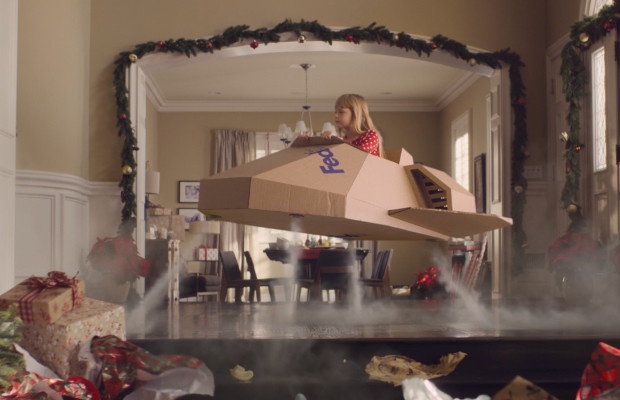 This week, FedEx is debuting its 2019 holiday advertising campaign. The advertising builds on the “What we deliver by delivering” brand platform that was introduced last year, and focuses on consumers that will be shipping, and receiving, packages during the holiday season.
The film, titled ‘Gift Box’, captures the emotional side of package delivery by illustrating how it’s not about the packages or pallets, but rather, what it means and does for people. ‘Gift Box’ follows the story of a young girl and how a simple FedEx box triggers her imagination, turning her Christmas morning into a magical holiday experience. It’s a story that reminds viewers of the possibilities that FedEx enables not just during the holidays, but every day.
The advertising was created by FedEx’s long-time creative agency, BBDO New York and was directed by Noam Murro, who also directed last year’s series of brand spots.
The film will run on TV and online beginning this week.

Santa Shops at The Home Depot, but the Employees Don’t Want You to Know That