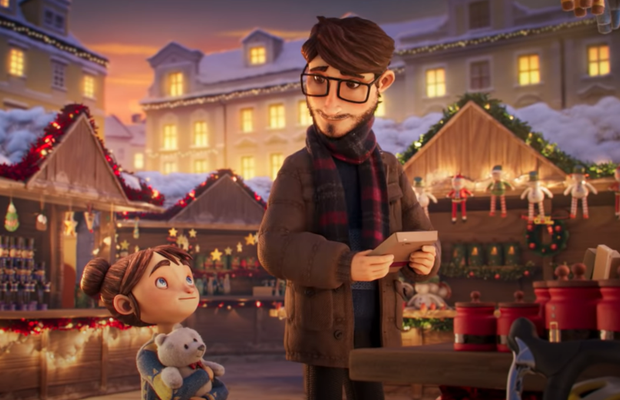 Erste Group's latest Christmas advert is here! For the fourth year in a row, the Vienna-based banking group is helping to spread the Christmas spirit through a global digital campaign. This year, the Erste Group advert focuses on the future of our world and of its youngest inhabitants.

With its previous adverts enjoying over 200 million views, Erste Group has established itself as one of the most successful brands that regularly produce Christmas adverts. Jung von Matt DONAU reprised its role in handling the advert's creative implementation.

Focused on the future

The new Christmas advert addresses climate change and uses familiar situations from everyday family life to show how even a small act can make a big difference in bringing about a better future. Saving water, separating waste, using a bicycle instead of a car - it's all about acting responsibly so we can offer our children a future worth living. The advert tells the story of how a father-to-be is moved to act sustainably by thinking about his as yet unborn child: #believetomorrow

"The future will be challenging for everyone. We will have to rethink our actions, look for alternatives, challenge ourselves -- and grow through the experience. This is not just about doing without, but also about making the most of opportunities and developing as persons. Let's believe in tomorrow," says Mario Stadler, head of group brand management at Erste Group.

Created by a proven line up

Jung von Matt DONAU was once again responsible for the creative implementation of the advert. Werner Singer, creative director and managing partner: "Over the past years, the films we helped Erste Group create had a clear focus: let's believe in ourselves. This year, we're expanding that thought: let's believe in ourselves - and in tomorrow. Just like Jakub in the advert, who faces choices every day as he seeks to prepare the world as best he can for his unborn daughter and can't wait to finally meet her."

London-based Passion Pictures handled the animation, having already implemented the imaginative worlds of Erste Group's Christmas adverts in previous years. Working together with director Mark Waring, Passion Pictures this year created a fantasy world that is inspired by the stop-motion style and defies reality. The advert's music was composed by Soviet Science, while the lyrics of its song were written by Andreas Putz, the managing partner and founder of Jung von Matt DONAU.

On the back of Henry the Hedgehog (2018), Hanna Bumblebee (2019) and Edgar (2020), this newest advert marks the fourth Christmas short film that Erste Group has released together with Jung von Matt DONAU and Passion Pictures. The benchmark has been set very high: the previous Christmas adverts have together been viewed more than 200 million times and received more than 50 awards.