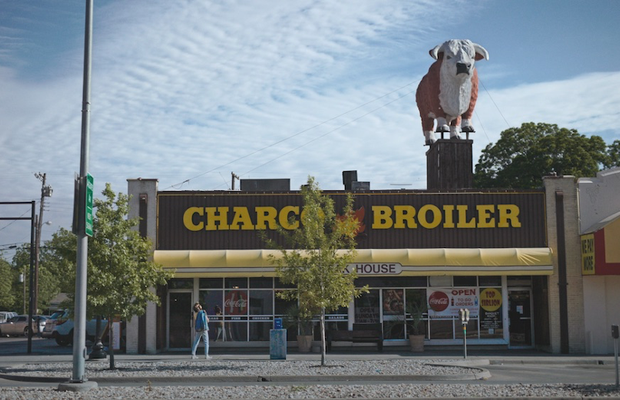 Like many events, the Oak Cliff Film Festival was faced with cancelling due to the pandemic. Instead, they launched NOT The Oak Cliff Film Festival - a livestream screening and filmmaker Q&A taking place on Thursday, June 4th, which - as this wonderfully awkward trailer starring Colton White relates - is definitely not a film festival. With quirky comedy that speaks to a curious time, the trailer - directed by Adam Littke and edited by Elizabeth V. Moore of Lucky for agency The Richards Group - offers welcome relief and an invitation to be entertained.

“After canceling the Oak Cliff Film Fest this year, we decided to bring everyone something they can’t go to,” says Ashton Campell, Oak Cliff Film Festival producer. “Hopefully this trailer gets everyone excited about what’s not not happening instead...and let's face it, we've all had conversations with inanimate objects at some point while sheltering in place.”

According to The Richards Group art director Nick Denman, as the team was developing the NOT concept with the festival team, they recalled that director Adam Littke had filmed a short in someone’s backyard that abided by all of the social distancing guidelines. “It made us realise that these guys had all of the technical and creative ability to make something really intimate, even when everyone is 6-10 feet apart,” Nick relates.

“Because of an immense faith in the creative process, everyone felt they were free to experiment and explore. This was doubly important, since it’s hard to say whether any of us understood more than 60% of the words we were yell-talking through our masks,” adds copywriter Benjy Joung.

“There is nothing more exciting as a director than to receive a script like the one from The Richards Group for NOT The Oak Cliff Film Festival,” explains Adam. “When creative is this good it’s hard to mess it up. Fortunately for everyone, and the internet, we didn’t. It was a dream collaboration, a dream team if you will.”

That team includes the team at Lucky, all working virtually from their home studios, including editor Elizabeth V. Moore. Elizabeth describes editing the trailer as a process of pushing the boundaries with everyone’s encouragement, and playing with pacing to deliver uncomfortable moments and the right amount of confusion. Is this really happening? Or not?

“With everything that is going on during the pandemic, this was an opportunity to embrace something playful and fun,” Elizabeth concludes. “The creative community doesn’t stop, we live to create - and sometimes adding levity is just what we need to get through.”