The director talks about his inspiring creative parents, magical moments on set and how lockdown has impacted on his output 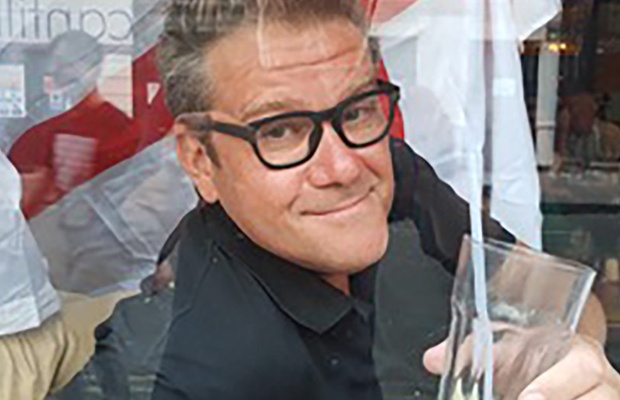 Morgan Hutchins is an extremely talented director who has worked at some of London’s top advertising production companies.
Whether appearing in stories as a child, or bringing them to life for some of the biggest brands as a director, we find out about his loves and what kept him going through lockdown.
Currently he is up to his eyes in writing; developing a feature film script and editing his mother’s last children’s book. In between all of this, we had a Curious conversation with Morgan Hutchins…

Q> Who or what inspired you to be a director?

Morgan> My dad. He was an advertising director in the late ‘70s and  ‘80s, probably the golden age of UK TV advertising. A time when British directors were world renowned for finely crafted TV and cinema commercials. I learnt a lot running on my dad’s jobs.
His work was always very human, about the person, the character. My favourite advert of his is the Milton Keynes red balloon commercial. A trip around Milton Keynes seen through the eyes of a shy young kid. When I worked at his office I had to check showreels and I’ve seen this film countless times.  I know every cut, every reaction, every track back and crane up, it was the start of my film education. 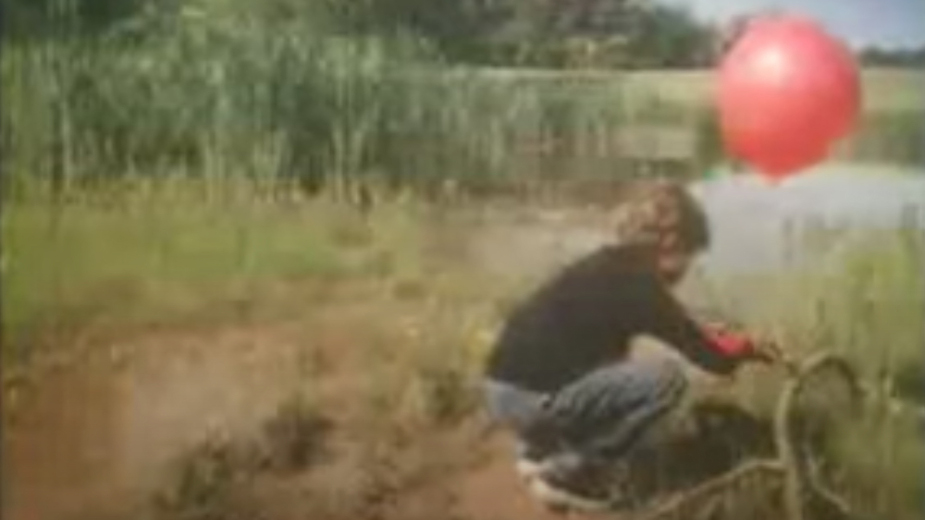 Another major inspiration was Gerard Du Thame, especially his music videos (Black - ‘It’s a Wonderful Life’ and Tanita Tikaram - ‘Twist In My Sobriety’). The groundbreaking photography took my breath away when I first saw them. 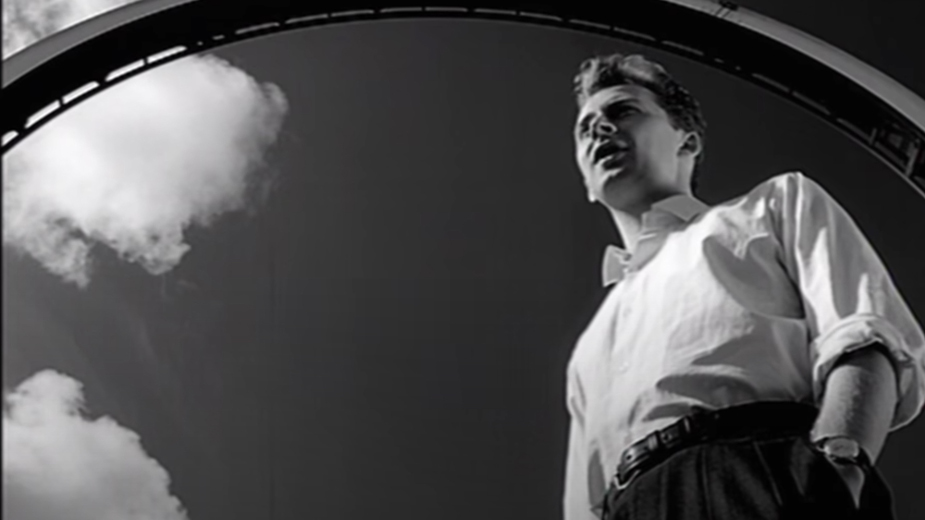 I was lucky enough to work for him as a runner on a couple of shoots. He was a tough director but his films are beautifully choreographed and perfectly timed. He mastered the art of slow motion and black and white photography to create emotion.
Tim Pope was also a big inspiration. He has brilliant ideas and his work is always fun, exciting and full of life. His video for The Cure - ‘Close To Me’ was all shot in a cupboard, a stunning, simple film where song and film fit perfectly together.

Q> Your work is all about telling stories - what is your favourite book and why?

Morgan> I took up reading later in life, even though my mum was a children’s book writer. It might have been because of that that I started late. She used to read me her stories which often featured me or my brother as the heroes. Out of all her books ‘The House That Sailed Away’ is my favourite. In the book I help my dad, mum and grandma defeat pirates and save the crown jewels (how modest of me to choose this). My dad illustrated it and I love his intricate line drawings, they are very funny, full of great characters (like his adverts). Now whenever I miss my parents and feel nostalgic, I’ll have a read and smile. 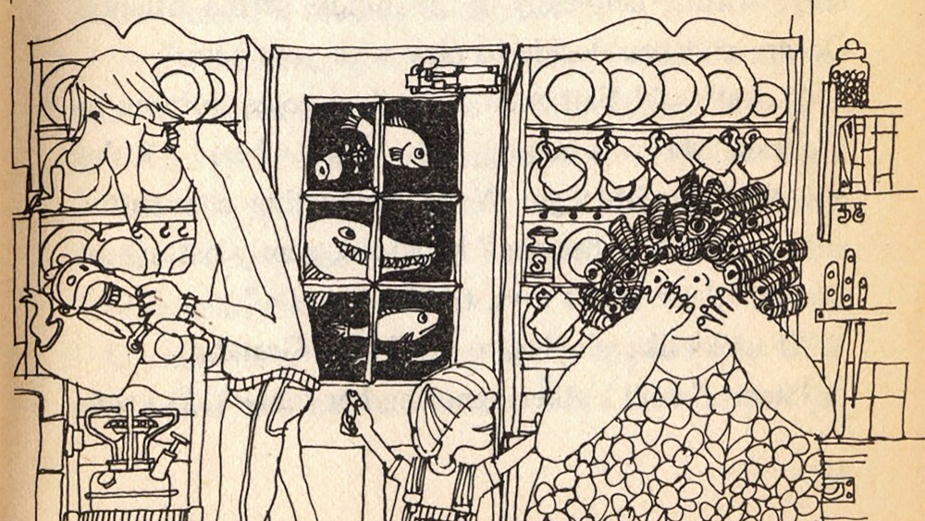 However, my favourite adult novel is ‘The Wasp Factory’ by Ian Banks. The greatest twist to an ending ever! I also like anything by Magnus Mills, magical surreal stuff.

Q> What is your most memorable moment on set?

Morgan> There have been many memorable moments, some nutty: like standing in the middle of a runway directing an AH64 attack helicopter whilst being tracked by its gun.  Asking Frank Bruno to do another take when he really didn’t want to, and nearly dropping a camera and dolly on a young Alan Shearer’s legs. But the most memorable moments for me are the ones where something magical happens that you didn’t expect.
I recently worked with babies for the first time and this one baby, who had never used a spoon before, realised that’s what we wanted him to do. He then did it. He was as chuffed as we were when he grabbed it…It was lovely watching him learn and enjoy performing for us. 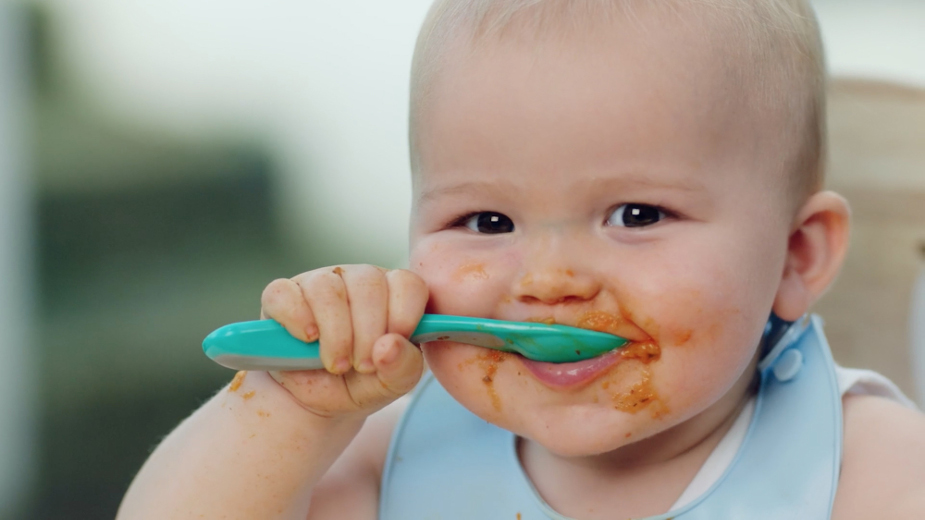 Q> What ad do you look back on and wish you had directed?

Morgan> I wish I had directed Sony PlayStation ‘Double Life’ directed by Frank Budgen, a Genius. It knocked me for six when I first saw it and still does. It is poetic and intriguing; powerful and as groundbreaking today as it was the day it was shot. Perfectly lit, edited and a master class in direction, not one wasted frame. 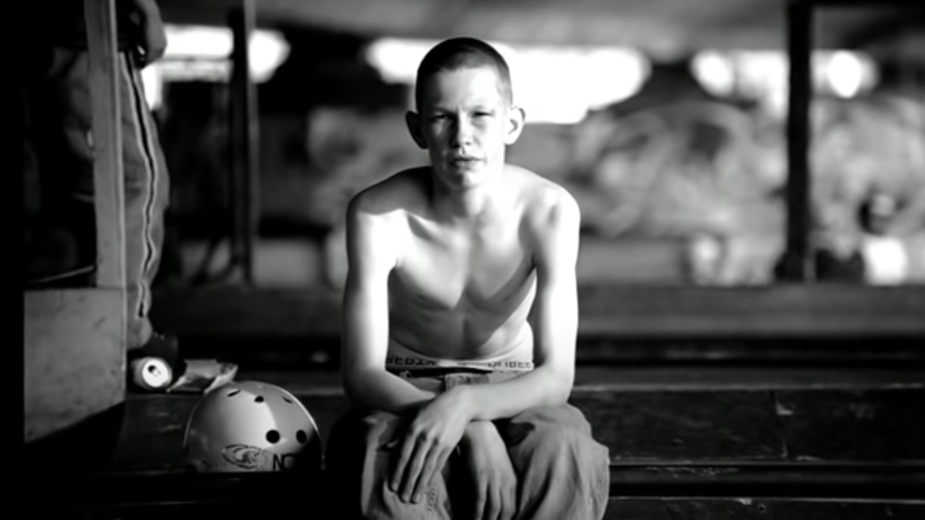 Q> Have you seen a big change from traditional advertising to digital filmmaking?

Morgan> Digital has broken down the walls of traditional advertising, now we all have cameras and the medium is not so important as the message.  There has been a huge change, but I find it exciting.  We will always need storytellers and creative people. I like the way at the moment directors get to work closer with the creatives and the client. We can help shape the ideas from an earlier stage. It’s also exciting that the internet has opened up the world of advertising, different formats and lengths: advertising that entertains, sponsored content, all throwing up new challenges for directors and new experiences. In a world that is changing massively, advertising needs to keep up and I am sure it will.

Q> After a busy day on set, what do you do to unwind?

Morgan> It used to be a beer with the cast and crew, discussing the shoot or reflecting with the producer or creatives on what worked or didn’t, now it’s probably going home cooking something or a controlled dose of the latest Netflix series (watching episode after episode until it’s finished).

Q> Did you take up baking, Zoom quizzes or learn anything new during lockdown?

Morgan> Initially lockdown allowed me to write. I jumped into a script I have been trying to finish for years. The first couple of weeks I couldn’t stop. The initial buzz has receded, now it's harder but I still enjoy it. The trick is knowing when to stop tinkering and share it (maybe tomorrow or the day after ...).

Q> Who is your hero?

Morgan> My mum. A creative inspiration as well as a top mum. She had a tough start in life in a small village in Yorkshire, she grew up on an army camp without a dad, bullied and picked on. She worked hard and did very well, especially in the US where they think she is an American author. Even though she was a superstar in her field she was very modest and always kind. Her work was honest (like she was.) She had a childlike fascination for people and life that was reflected in all her work. My Mum is actually the inspiration behind my feature film, ‘Rosie’s War’ and her early life.

Q> What is the best piece of advice you have been given?

Morgan> ‘If you can’t take a joke you shouldn’t have joined’ - My dad’s motto.

Q> What are you most grateful for?

Morgan> My family and avocados.