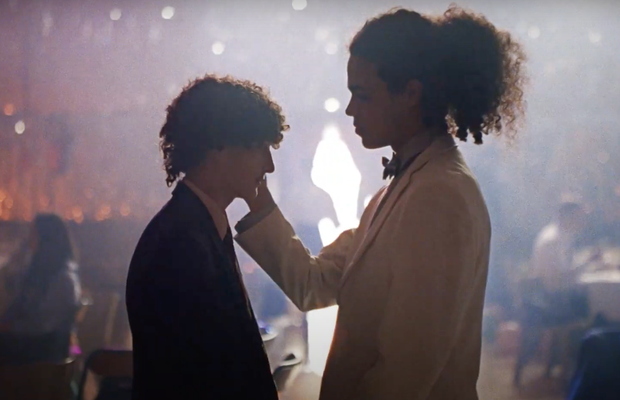 In 2021, Renault is celebrating the 25th anniversary of its iconic family model: Scenic. As a true pioneer in the compact MPV segment, it has been supporting families and reinventing itself at the pace of their developments since 1996.

Four generations and more than five million vehicles later, Renault is taking advantage of this anniversary to reaffirm its commitment to develop a complete range of vehicles dedicated to the family, even though family cars have been abandoned in recent years in favour of SUVs.

To remind us, Renault and Publicis Conseil have devised a global multi-channel campaign that brings the segment back to life by proudly approaching family life from the angle of love, whether it be carnal, platonic, paternal or maternal. Far from traditional communications, this film celebrates love stories of very different families by writing 'Renault Scenic has loved families for 25 years'. The film, directed by Nicolas Larsson, reveals these emotional stories as it stretches back through time, from the birth of an infant to the first teenage flirtations.

Solar and sensual, notably thanks to the legendary music 'The Power of Love' by Frankie Goes to Hollywood, the film strongly reminds us that every family begins with a love story.

Arnaud Belloni, new global CMO Renault: “This remarkably successful campaign reminds us that Renault has been supporting generations of families for 25 years. With very strong creative biases and great modernity, it also rehabilitates the image of the family vehicle of which Scenic is one of the emblematic models or even the generic name. It is a source of pride for Renault to support all families in their differences and in all their moments of life. In particular, in the context of the Covid where the family has taken a predominant place in our lives. "

The formats produced for this film as well as a complete communication kit have been made available to the various countries for broadcast from May 2021 in France.

Title: The Power of Love

Performed by: Frankie Goes To Hollywood