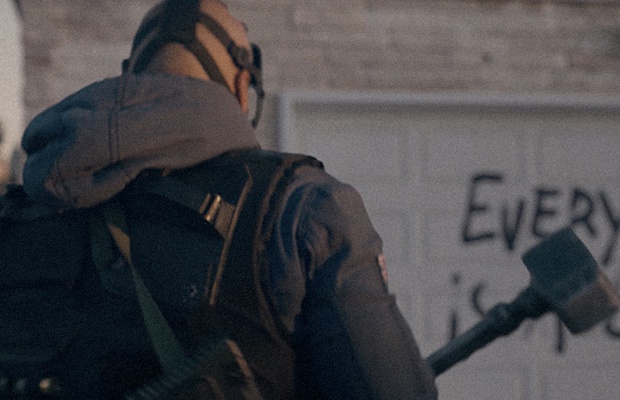 On August 19th 2019, Ubisoft released a new trailer for the massive game Tom Clancy’s Rainbow Six SIEGE. Based on Tom Clancy’s novels, Rainbow Six SIEGE is an online tactical shooter developed by Ubisoft, where you engage in close quarters combat with special-ops soldiers from across the world. With over 45 million players sold, it’s one of Ubisoft’s most popular franchise with a passionate community around the globe.
THE CHALLENGE:
After 4 years of success, we wanted to show the ever-growing SIEGE community that we understand what keeps them together and make them feel different from any other players community.
THE INSIGHT:
You can’t (and you won’t) win the first time you play R6.
R6 is not any action-shooter, it demands skills, patience, tactics and teamwork, and this won’t happen overnight.
THE STRATEGY:
Exemplify SIEGE’s point of differentiation (it’s probably the most challenging and demanding FPS game on the market) by highlighting the players’ determination and dedication to become the best teammate, even if sometimes it means losing a lot before mastering the game. This is a story about players surpassing themselves day after day.
THE CAMPAIGN:
LEARN FROM DYING IN CLM BBDO PARIS’ LATEST SPOT FOR UBISOFT’S RAINBOW SIX SIEGE
Ubisoft's new trailer for Rainbow Six Siege is not your average game promo.
In this mesmerising film, the viewer witnesses a man recalling all of his previous deaths and gets a glimpse of the action behind them.
Directed by Henri Hobson (famous for award winning spots for PlayStation, Apple, Xbox and Under Armour amongst others), this story plunges you deep into the psyche of a man - the player - before launching the game.
The film starts out on a quiet emotional moment with (what we think is) a mourning man in a mysterious cemetery. But it won’t take long until we’re drawn into the man’s story and we understand that, in fact, he is the one who died… and not just once. It’s his names on all the gravestones.
Set to the hypnotic track ‘Peaks’ he makes his way from grave to grave as the tension rises. After reflecting on his mistakes, he then meets up with his Rainbow Six SIEGE teammates and launches into the action with a dynamic breaching sequence. The spot finishes with the poignant message: “Every life is a lesson”.
Leaving us with a sense of thrill and excitement for a game where giving up is not an option. And where determination and tactics are skills you have to master…or you’ll keep dying.