"It’s the feeling we all crave right now, but ‘This Feeling’ will get us through until we can all unite again" 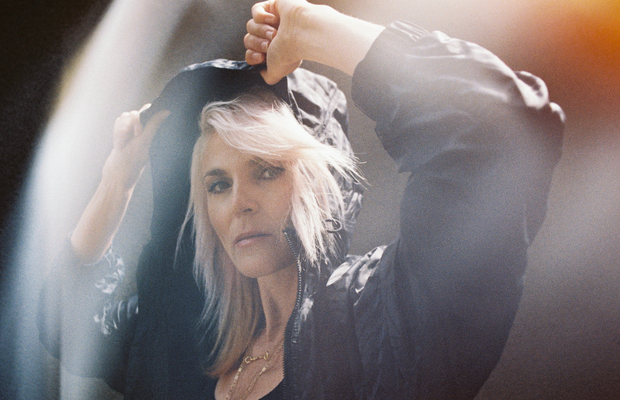 Producer Jacknife Lee has released a new single from his latest album project 'The Studio', featuring the vocals of Def Jam singer Bibi Bourelly and singer and rapper Barny Fletcher. It is the latest single to emerge from new LP The Jacknife Lee, released on 17th July.

Having worked well together on the 2018 certified gold hit 'Sail Away', Møme and Ricky Ducati recently reconnected to create a whole album together. The result is 'FlashbackFM' and, as the name suggests, it’s a collection of nostalgic takes on French pop and West Coast hedonism; specifically disco, electro, hip-hop and funk. The first single from the album 'Got It Made', is a highly danceable take on the unabashed decadence of the 1970s and '80s.

Møme explained: "We imagined 'Got It Made' as a time travel to the '70s/'80s Los Angeles, taken from an imaginary pop radio station - we really would have loved to know California at this time. We wanted the video to be a visual interpretation of it, which ended up being something completely unique, flashing back to two crash test dummies (us) dancing their feelings into this time period, enjoying the ride."

British electronica band Faithless are responsible for some of the biggest dance hits in the world such as 'Insomnia' and 'God Is a DJ'. With them not releasing music for ten long years, the electronic scene has been lacking but now they’re back to dominate the scene once again with 'This Feeling'.

With 'This Feeling' receiving huge support already from the likes of Pete Tong who made it his ‘Essential New Tune’ on BBC Radio 1, there’s no doubt that this tune is blowing up in a big way, but who’s surprised? It features Suli Breaks, a spoken word poet that has been named arguably one of the most powerful voices of this generation, and singer Nathan Ball who both add their own uniqueness to the track to create an overall whirlwind of pure talent.

Along with the incredible track, they’ve also dropped an official music video to accompany it. Directed by Josh Cole who produced the award-winning video for Rudimental’s 'Not Giving In' and also Chase & Status’ 'Alive', the music video tells the story of a post-Covid world where a group of real-life London friends enjoy the freedom of being back together after lockdown, riding their bikes and hanging out, as the sun rises and then sets on a warm summer’s day. It’s the feeling we all crave right now, but ‘This Feeling’ will get us through until we can all unite again.