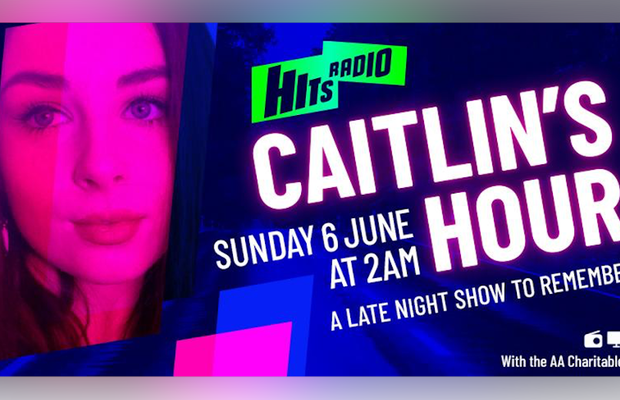 The story is told in a one-off radio show called Caitlin’s Hour and will air on Kerrang! Radio and the Hits Radio Network. Trailed as ‘a late night show to remember’, listeners who tune in will discover a 60-minute show that is a moving account of the last hour of Caitlin’s life, along with stories from her friends and family, including her mother Sharron. It is hosted by Matt Crabb (Hits Radio Network) and Jon Mahon (Kerrang! Radio) and will be supported with OOH executions which will go live as the show airs, and which will also include sheets near the crash site itself.

Rather than trying to scare younger drivers or blame them for being irresponsible, it aims to change behaviours by highlighting the real reasons for the higher rate of deaths compared to their older counterparts, which are a lack of experience combined with challenging driving conditions.

At the heart of the campaign is the true story of Caitlin Huddleston, an 18-year-old who died on a country road in Cumbria in a crash which also took the life of her best friend, Skye Mitchell, who was driving that night.

The documentary style show celebrates the life of Caitlin as we get to know her by hearing from her mother and friends. We hear about her final moments before leaving her home, the tragic moment the car collided with a van, and the impact it has had on those who miss her, as we create awareness to young drivers about the dangers of rural roads.

The aim is to get new drivers to avoid going out on rural roads alone until they have more experience. It also challenges the idea that learning finishes once the driving test is passed, and suggests that there should be lessons on all types of road, at night time as well as in the day, and in different weather conditions.

Goodstuff, the AA’s retained media agency, brokered the deal with Bauer Media to broadcast Caitlin’s Hour live on the Hits Radio Network and Kerrang! Radio, as well as making it available on Planet Radio’s Listen Again. It will air on Sunday 6th June between 2am-3am, a slot chosen because it coincides with a time when young drivers are at four times greater risk on rural roads than older drivers. The show will also be available on AA.com. Digital OOH advertising for Caitlin's Hour will run ahead of 6 June and afterwards it will be promoted on social media so the conversation continues.

Caitlin’s mother, Sharron Huddleston said: “We are honoured that the AA Trust has chosen Caitlin to be the symbol of their rural roads campaign. I hope the 'Caitlin's Hour' radio broadcast and campaign will highlight to young, newly qualified drivers and their parents, the dangers of driving on rural roads after passing their driving test and of the fragility of life, too.”

Edmund King OBE, AA Charitable Trust director, said: “Understanding how, when and where young people are involved in crashes is vitally important to being able to improve their safety. It is heart-breaking to hear about young people who have died in crashes, but we hope that by celebrating Caitlin’s life in a special radio show, we will be able to raise awareness of the dangers rural roads pose to young drivers.”

Ben Tollett, executive creative director, adam&eveDDB, said: “Working on Caitlin’s Hour has been one of the most challenging but rewarding experiences for the whole team. Sharron Huddlestone was an inspiration but her immense loss was never far from our minds. And we have to pay credit to all at the AA Charitable Trust who were willing to take a risk on this unusual road safety strategy.”

Sam Austin, group audio director, Goodstuff said “We very quickly identified Bauer Media as the perfect partner for Caitlin’s Hour because of their ability to deliver truly local content in a contextually relevant environment. A campaign of this type has never been done before and all of us at Goodstuff have felt profoundly moved working on this campaign to do good whilst celebrating Caitlin.”

Simon Kilby, managing director, Bauer Media Advertising added: “Radio is a trusted medium that our listeners turn to for information and connection. At Bauer Media, we believe radio should be used as a force for good, so we are so proud to be partnering with the AA Charitable Trust for Caitlin’s Hour, using Kerrang! Radio and the Hits Radio Network’s platforms to educate young drivers.”

The campaign follows the publication of ground-breaking new research by the AA Charitable Trust looking at rural, young driver crashes along with an interactive map flagging some of the most dangerous stretches of road. The research highlights the fact that while it is widely believed that the biggest risks to the lives of teens are drugs and gun or knife crime, global statistics show this is not the case. In fact, road crashes are the leading cause of teenage deaths worldwide.