On the heels of the IPCC's latest report, new campaign responds to research finding that 60% of Americans are concerned about climate change, but only 14% talk about it often 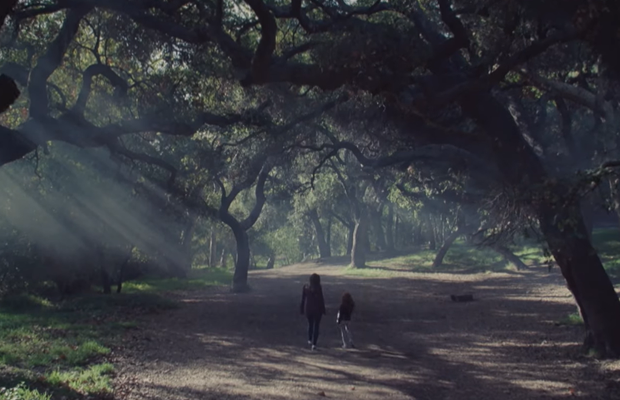 This summer's news cycle has been dominated by record-setting heat, droughts, wildfires, and hurricanes impacting families across the country, and punctuated by the sobering IPCC report labelled a 'Code Red for humanity.' But the majority of Americans aren't talking about climate change. According to a new survey released today by the Potential Energy Coalition, while more than 60% of Americans are concerned (or very concerned) about climate change and the environment, only 14% talk about the issue often.

Ahead of Climate Week (September 20th-26th), Science Moms and the Potential Energy Coalition are teaming up with the Ad Council to bring climate action to the forefront with a nationwide public service advertising (PSA) campaign. Leading with moms who are scientists telling their own stories, the ads aim to reach families across the country with the message that climate change requires urgent action. The Ad Council, the non-profit behind iconic campaigns including Wildfire Prevention (Smokey Bear), 'A Mind is a Terrible Thing to Waste' and 'Friends Don't Let Friends Drive Drunk,' takes on the most critical issues facing the country. Ad Council campaigns typically garner more than $30 million in donated media time and space annually.

According to the Intergovernmental Panel on Climate Change's August report, this is a code-red moment for humanity. The window to act is quickly dwindling, with just 10 years left to prevent the most catastrophic changes.

"Through this campaign, Potential Energy and the Ad Council are putting a stake in the ground by going big and national to awaken and engage America," said John Marshall, CEO of the Potential Energy Coalition. "Climate change is not political -- it threatens our present and futures, and requires immediate collective action from all of us. Later is too late."

Through TV, outdoor and digital PSAs distributed to media outlets across the country, the campaign aims to bring parents into the climate conversation. The PSAs feature mothers, including two of the Science Moms, and powerfully and poignantly communicate the urgency, risks and implications of climate change for children and future generations. The TV and digital video ads initially aired in select markets and they were distributed nationally by the Ad Council last week. A brand new series of outdoor and digital PSAs are debuting today. All of the PSAs will run nationally throughout the upcoming year.

The TV and digital video PSAs include:

The creative content directs audiences to visit Science Moms' digital platform where they can learn how climate change affects their lives, get the resources to talk to other people in the community and take personal action.

"This summer's extreme weather events are more than concerning," said Dr. Melissa Burt, founding member of the Science Moms campaign and research scientist in the Department of Atmospheric Science at Colorado State University. "I'm talking about climate change with parents in my community, and everyone has the same question: What will this mean for our children? It's simply past time to act -- we need progress, and we need it now."

First launched in January 2021 by the Potential Energy Coalition, Science Moms aims to break down climate change in ways that are simple and relevant to moms, and give them tangible opportunities to take action for their children's future. The Science Moms have created educational content, distributed accurate information, and provided moms with the tools they can use to act. Launched with $10M in commitment, Science Moms is the largest educational campaign on climate change since 2007.

"All of the research is telling us that this is a critical moment in time to act on climate change, yet people still aren't talking about it or taking action," said Lisa Sherman, president and CEO of the Ad Council. "We knew we needed a national campaign to meet the moment and communicate that there's still a window of time to alter the path. We're proud to partner with Science Moms and the Potential Energy Coalition to empower moms, parents and everyone to do something before it's too late. I can't think of a more powerful messenger to change the narrative than these moms."