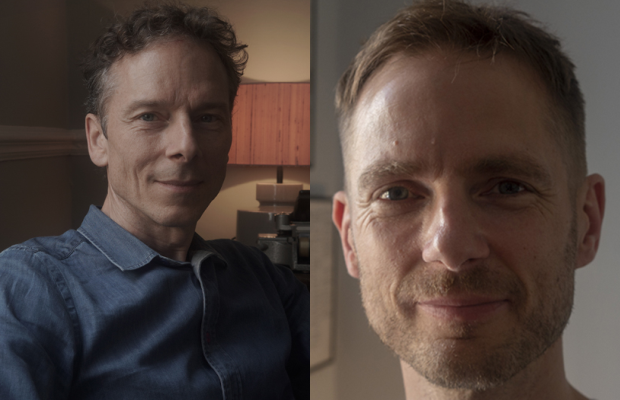 After eight very successful years of running The Play Room, industry leading editors Adam Spivey and Nick Allix have made the very exciting decision to join the roster at The Assembly Rooms.
Adam explains: “We cherished the small, boutique feel of The Play Room, somewhere we felt allowed for a more intimate and personal editing experience for our clients. To find that same feeling at The Assembly Rooms, despite it being a larger company, has been a huge bonus, and is something which is largely down to the partners sharing the same ethos and belief. We are all very excited about being part of The Assembly Rooms, with the energy that that provides, along with vibrant and talented staff, it’s somewhere we hope our clients will feel as much at home as we do there.”
Adam Spivey has been consistently voted as one of the UK's leading commercial editors throughout his twenty plus years in the business. Adam’s fluid and artistic editing style as seen in his impressive and often comedic showreel, has made him one of the most in demand editors in London. As well as having edited various short films and TV series, he cuts regularly for some of the most popular commercial directors in town including Gary Freedman at Independent, Simon Ratigan at HLA, and The Bobbsey Twins at Blink. For many of the internationally recognised campaigns he has edited, Adam has won an abundance of the top industry awards including Golds and Silvers at the Cannes Lions, British Arrows, Creative Circle and Kinsale Sharks.
Also with over twenty years editing experience, Nick Allix is best known for his supreme archive of award-winning commercials and well over 100 music videos for the likes of Beyonce, Kanye West, Coldplay and Take That. He has cut adverts, content films and movie trailers for some of the biggest artists and agencies in the world and for huge global brands including Amazon, Kit Kat, IKEA and Kronenbourg. From performance based comedy, such as the hilarious British Arrows nominated Mentos ‘Intervention’ directed by Jeff Low, to fast-paced scripts like 2 Silver and a Bronze British Arrow winning ‘100 years’ for Channel 4, Nick’s editing for commercials is as diverse in it’s genres as it is unwavering in impeccable timing.
Nik Hindson, Sam Rice-Edwards and Eve Ashwell - partners at The Assembly Rooms - are very excited to welcome Nick and Adam, with Eve stating that their joining “is pretty much my dream come true. They're both such brilliant, creative editors and the work they’re doing is some of the best out there. There’s a wealth of experience between the two of them, which is showcased in their diverse and award winning showreels - they’re also two of the loveliest people I know and so will fit in perfectly at The Assembly Rooms!”
Check out Adam's reel here Nick's reel here.