The successful campaign made in partnership with Barbarian has contributed to the more than 870,000 children and youth that have been adopted from the U.S. foster care system 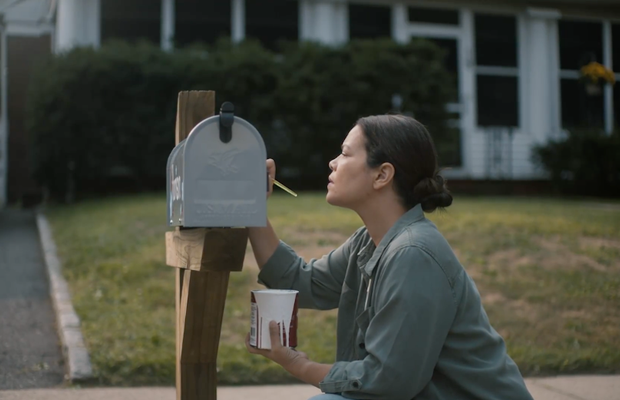 The U.S. Department of Health and Human Services (HHS), Administration for Children and Families (ACF), AdoptUSKids, and the Ad Council today launched a new series of public service advertisements (PSAs) that encourage prospective parents to consider adopting teens from foster care. The new PSAs, created pro bono by advertising agency Barbarian, highlight the importance of adopting teens from foster care and emphasise that the rewards for doing so go both ways.
Now with an impressive 16 years spreading awareness about this important issue, the campaign’s newest work uses anecdotes from real families to reveal the bonds that cement a family together and showcases some of the many moments that make teen adoption so rewarding.
“This campaign has made a lasting impact on so many lives since it first launched in 2004. However, no lives were more greatly impacted than the children who are now with permanent families,” said Michelle Hillman, chief campaign development officer of the Ad Council. “It’s our hope that this work continues to inspire and show prospective parents the love that can come from adopting a teen from foster care.”
Since 2013 the number of waiting teens to be adopted from foster care has continued to increase each year. No matter their age, all kids need a supportive, loving home, and the teenage years are an especially critical period for parental help and guidance.
“As a case carrying social worker in Alabama, many of the young people I worked with were older teens in the foster care system,” said Jerry Milner, the associate commissioner of the Children’s Bureau. “Many of these young people are experiencing foster care through no fault of their own, and I believe we must do a better job of highlighting the importance a forever family has on these older youths’ wellbeing and the impact it plays on their transition to adulthood. Even with our stronger focus on primary prevention, we know that there will still be a need for foster care and furthermore, some of those young people becoming eligible for adoption. I am excited to see and proud to be a proponent of this continued focus on the need to adopt older teens from foster care. We know family, by any definition, is the best resource we have to create an environment for young people to be safe, healthy, and ultimately thrive.”
This year’s campaign builds upon the success of last year’s theme, 'You Can’t Imagine the Reward', and features the bonds that cement a family together and showcases some of the many moments that make teen adoption so rewarding. Ultimately, the work illustrates that teens can have as much of an impact on their family’s life as parents have on theirs. Inspired by true stories and anecdotes from real families, the PSAs are filled with heartfelt memories that actual adoptive families have experienced after adopting a teen. Each PSA reminds prospective parents that teens in foster care can also help them grow in new ways.
“The power of this work comes in the true stories that inspired the creative - the small, but emotional interactions that connect us at a human level,” said Barbarian’s executive creative director, Resh Sidu. “As we learned about each family’s unique situation, we realised there was always one beautiful consistency, the wonderful impact these kids had on their adoptive families’ lives. We focused every detail of this campaign to ensure their impact was shown in the same raw and understated way as it did in real life.”
The Ad Council has distributed the new PSAs to media outlets nationwide. Per the Ad Council’s model, the PSAs will run in time and space donated by the media. Since the initial launch of the campaign in 2004, the campaign has received more than $660 million in donated media support across television, radio, print, out-of-home and digital media. The work directs audiences to visit the website. The campaign is supported by longtime agency of record Media Kitchen, who is extending the reach of the latest creative by securing donated media placements. Parents can also call 1-888-200-4005 to receive information about the foster care system and the adoption process. Potential foster and adoptive families can also call 1-877-236-7831 for information in Spanish.
For more information about adoption, or about becoming an adoptive parent to a child or teen from foster care, please visit the website or visit the AdoptUSKids social communities on Facebook, Twitter or Instagram.

Sponsor: The Department of Health and Human Services and AdoptUSKids