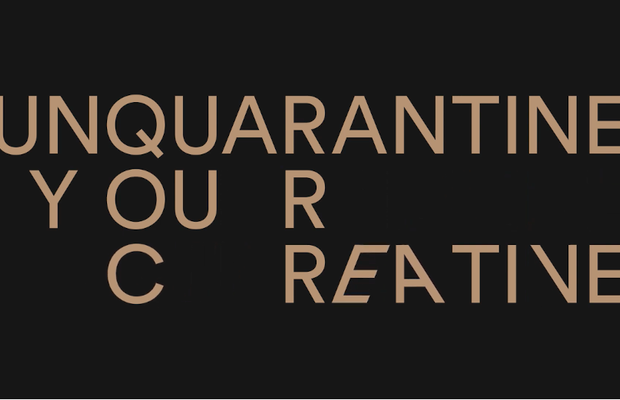 After postponing its annual award show in 2020, the Advertising & Design Club of Canada has announced the return of its annual award show for 2021 under the theme ‘Unquarantine Your Creative’. The tongue-in-cheek call-for-entries campaign, created by Toronto’s Zulu Alpha Kilo, looks to celebrate all the amazing work that has emerged in 2020 despite all the challenges we’ve faced.
“This year has been unlike any other”, said Zak Mroueh, CCO and founder of Zulu Alpha Kilo. “Most of the ads that will be submitted, would have been conceived, crafted and executed while at home. We wanted this year’s call for entries campaign to remind us that creativity will always prevail, even if you’re stuck at home.”
The campaign includes both video and social content. The first video uses animated typography to highlight our common experiences over the past year, like office closures, toilet paper shortages and Zoom fatigue.
A second video shows how, despite being physically contained this past year, our creativity was still able to run wild.
The third video reinforces our banal daily stay-at-home routines, and how the repetition of each day has driven us to use creativity as an outlet to stay sane.
Also included are a series of Instagram stories about the places around our homes where creatives worked and created their best ideas during the pandemic - from directing radio ads in storage closets, to coming up with ideas while giving ourselves DIY haircuts through to presenting award-winning ideas on the toilet.
The campaign almost didn’t happen. This past summer, Zulu Alpha Kilo was asked by the ADCC to help save the the club when it almost shut down because of the pandemic. In response, Zulu spearheaded the ADCC All-Nighter Webathon – a 24-hour, live-streamed fundraiser that showcased more than 30 unique sessions featuring industry luminaries from inside and outside of Canada, including David Droga, Alex Bogusky and Colleen Decourcy. The campaign galvanised the Canadian industry and helped raise the needed funds to save the 72-year-old non-profit.
“After nearly being forced to end operations in 2020, and watching the industry rally around the All-Nighter Webathon, we’re excited to have the show return in 2021 to celebrate all the amazing work from the Canadian creative community,” said Michelle Ovcaric, executive director of the ADCC. “The funds raised from entry fees allow us to continue to educate and inspire the community even while apart, with content like the ADCC Created Podcast, our ‘In Conversation with’ and ‘In & Around Design’ series.”
The show, which will be virtual this year on 3rd June, is open to work created between June 2019 to January 2021. Also included as part of the 2021 ADCC Awards is the annual student competition that has launched the careers of many of Canada’s top advertising and design creatives over the years. The student competition will launch later in February.
The deadline for agency and professional entries is Friday 5th February at 12pm.