Film created by the Avon Hub of J. Walter Thompson Brazil was produced by a mostly black staff 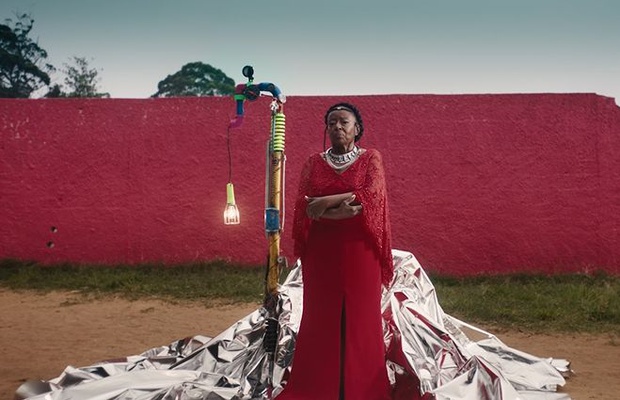 During Black Awareness Month, Avon is launching an unprecedented reflection in Brazil on Afrofuturism - a multidisciplinary movement born in the 1960s to reclaim the past and ancestry of blacks in the diaspora, recognising the present and creating new meanings in order to build an inspiring future about what they believe and desire for their own realities and for generations to come.

The project was co-created by the Avon Hub (J. Walter Thompson, Mutato, and iCherry), MOOC (casting and production) and youth from the 20/20 racial inclusion program of J. Walter Thompson Brazil (strategic planning, copywriting, and editing), and led by a mostly black staff. Also participating in the campaign were Dani daMata (makeup) and DivaGreen (hair).

"Being relevant and true in a campaign is only possible when we create bridges and opportunities for new professionals, when we create space to work integrated with those with history and experience in the field. A genuine, collaborative process where listening and learning is at the heart of everything," says Danilo Janjacomo, creative director of the Avon Hub.

Divided into five topics - affectivity, redefinition, ancestry, body, future, and Ubuntu (African philosophy based on recognising the sense of belonging to a collective group) -, the video includes different elements of African and Afro-Brazilian culture, proposes a reflection on the context of black youth in today's society, and provides visibility to the future they want for themselves.

The music was created exclusively for the project by Brazilian artist JLZ, with the electronic sound of Afrobeat. The wardrobe used in the film was inspired by the bright colours and tailoring so widely used, though not often mentioned, on the African continent. Elements linked to black culture are also seen in the makeup, which emphasises traits and skin tones, rather than minimising them, as has been done historically. The narrative also reinforces aspects of reclaiming identity. The language chosen was Yoruba, referring to Afro-Brazilian ancestry and religiosity.

"Our commitment to innovation is non-negotiable at J. Walter Thompson. 20/20 is a solid example of our day-to-day truth: to provide new narratives and different points of view, because this is what the media and the world are asking for. Brand communication must in sync with what people are talking about, desiring, and consuming," explains Ricardo John, CEO of J. Walter Thompson Brazil.