INFLUENCER: Code and Theory’s Laurent Pierre weighs in on this hot topic, and how it can effect the industry 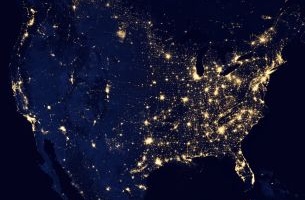 Net neutrality is probably the most heated discussion on the internet today. And while most arguments revolve around its potential impact on the average citizen's daily life, it's worth considering its very likely impact on the digital industry.

But first, let's go back to the current definition of net neutrality. The current regulatory framework prohibits:

The direct consequence of the removal of these limitations is the creation of ‘fast lanes’ and ‘slow lanes’. Al Gore was comparing the internet to an information superhighway, and the metaphor very much applies here. Without net neutrality, an internet service provider (ISP) can decide that one or two of the four lanes of their highway will be dedicated to their own content, or to content coming from partners, with which they have commercial agreements. These lanes would have priority access, faster delivery speeds, etc. That also means the rest of the internet traffic would be delivered through slower lanes. This is the very core of the issue. This is what is going to impact our lives, both as individuals and professionals.

Most articles around net neutrality focus on doomsday scenarios, such as an ISP like Comcast being able to throttle Netflix to push their users to use their own video streaming service instead. While that's not impossible, I'd argue that the most likely situation is that Netflix will negotiate a deal with every single ISP in order to be able to use their fast lanes. Of course, the cost induced by these deals is going to be paid by the end user, in the form of an increase of their monthly subscription.

But this argument doesn't consider the broader impact on our industry. And while I agree that this change might be beneficial to some online advertisers, as they will be able to target users through a whole new lens and a whole new set of cohorts (who have subscribed to what content package on what ISP), I'm positive that it will hurt the industry as a whole.

What happens when content providers and publishers have to pay the ISPs in order for their sites to get priority treatment? While some will benefit from their parent company's fast lanes, independent publishers will have to either:

- Accept to be throttled, which means a direct loss of traffic and revenue (users are usually not very patient when it comes to load times)

- Negotiate a deal with every major ISP, which in turn makes their content monetisation issues even harder to solve. Are they going to have to push more ads to compensate, or gate even more content behind paywalls?

How much would this hurt the smaller organisations (NGOs, charities, associations)? They already have very limited means when it comes to their digital properties. Adding this extra cost on top of their existing infrastructure and maintenance costs might make it impossible for some to modernise their sites. Which will again mean a loss of visibility, traffic, and revenue/donations.

Even the major players that can afford to pay to access the fast lanes will have to account for that additional cost in one way or another. The average site amortization model, that accounts for a redesign every three or five years, will likely have to be modified accordingly, decreasing the level of investment on new features and designs.

Overall, it's hard to find any upside to the new regulations. While some ISPs have come forward to promise that they wouldn't block or throttle content, paid prioritisation is the real threat that our industry needs to be worried about. Anything that hurts publishers and clients as a whole will hurt the agencies.