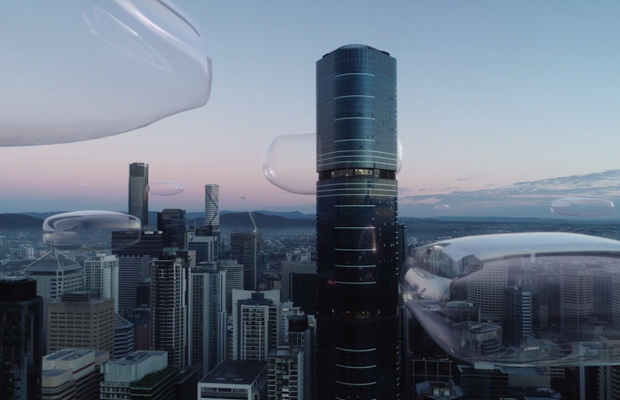 Every day we breathe more than 10,000 litres of air. It's the single most important natural bodily function for our well-being. Yet, it's something we give very little thought to. Australia is a country often known for its extreme heat, but it’s also synonymous with other air quality complications like dust, bushfire smoke and even city pollution. BWM Isobar worked with Daikin to strategically shift their messaging hierarchy and take a bold new stance of owning perfect indoor air quality – as Daikin are market leaders in this technology.

'Perfecting the Air' is an integrated campaign led by a TV commercial and online film which feels more like a breathing exercise than an ad. A moment of calmness, solitude, and reflection in an otherwise loud and shouty ad break. A meditative voice over artist was chosen to capture attention by momentarily easing their anxieties – asking them to stop for a moment and focus on the air they breathe. The visuals are just as soothing and work in synergy. Living, breathing air pockets, from some of the country’s most pristine landscapes, drift through city and suburban landscapes before one encapsulates a home and disperse clean air inside for a family to enjoy.

BWM Isobar ECD, Marcus Tesoriero, said: “COVID-19 times and the worst bushfire crisis in our history are still firmly in the minds of all Australians, so protecting your family home with perfect indoor air quality has become more important than ever. We’re pumped with the quality of this TV spot and campaign. Justin McMillan at Clockwork, along with the team at ALT, did an amazing job for us. Owning these beautiful air pockets as our metaphor for perfecting the air is an asset we hope to carry on for years.”

Supporting the films are OOH placements and time triggered social posts reminding people how clean air can do magical things like alleviate anxiety, help us study and even sleep better, using integrated meteorology media data to create weather triggered billboards. Just in time for summer – the billboards can measure the temperature of the air outside letting passers-by know that no matter what’s going on with the weather outside, with Daikin technology, the weather inside your home is always perfect.

Dan Tosh, national marketing director at Daikin added: “This campaign gives visibility to the invisible issue of indoor air quality and the impacts on health and wellbeing. It also marks Daikin’s evolution as being more than an air conditioning specialist, but an ‘air specialist’ with a focus on air purification technology.”