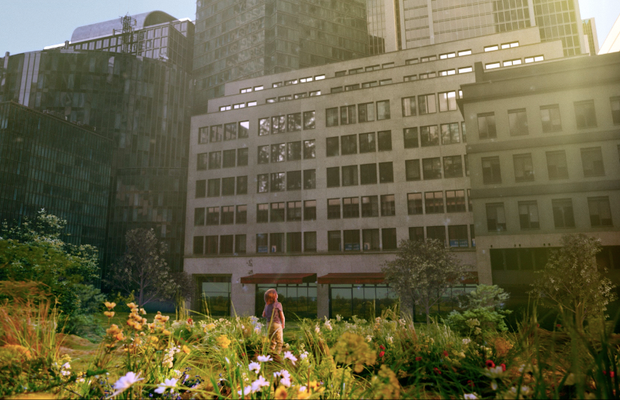 Botanica, the naturally inspired, responsibly sourced home fragrance range by Air Wick, has partnered with the World Wildlife Fund (WWF) to launch a new initiative to restore 20 million square feet of wildflower meadows in the UK. The #BringNatureBack initiative, which runs for the next three years, recognises that the UK has lost a staggering 97% of its native wildflower meadows since the 1930s and aims to restore some of the habitats that our native species rely on to survive.

It is the first major activation of Air Wick’s new purpose, to connect people to nature – and it launches via a new marketing campaign from creative agency Havas London. It aims to draw attention to the problem of wildflower and biodiversity decline in the UK, drive awareness of Air Wick and WWF’s commitment and educate consumers on how they can join the fight to re-wild the UK in their back gardens, windowsills and on their streets.

Running for the next seven months throughout 2021, the brand campaign comprises a new TV commercial, wildflower seed giveaways, influencer partnerships, consumer PR activity and print, out of home, point of sale, social and digital executions.

At its heart is a parable-inspired film titled The Last Meadow, directed by Jim Weedon through UNIT9. Opening on a young boy and his mother tending to an idyllic natural scene, resplendent in lush flowers and wildlife, it resembles something out of a fairytale. However, as the boy chases a butterfly through the fields, the mood quickly darkens – literally – as the sun is obscured, eclipse-like, by an urban cluster of tall, menacing buildings. The boy, with fear in his eyes, runs home to his mother. As they begin to plant seeds to preserve the blossoming scene around them, the camera zooms out to reveal the meadow they tend to is the only green space left in this increasingly urbanised world.

Elliot Harris, global executive creative director, Reckitt, at Havas London says: “Air Wick’s #BringNatureBack campaign represents a brand putting its purpose at the heart of its actions, not just talking about it. In The Last Meadow, we wanted to reflect the real jeopardy the UK’s natural habitats continue to face, while also building in some hope – and the message that if everyone does their own small bit, it can make a big difference.”

Cigdem Kurtulus, chief marketing and digital officer, Reckitt UK & Ireland, adds: “Nature provides us with more than just incredible scents – it is home to a host of native species that keep our ecosystem balanced. At Air Wick, it’s our purpose to connect people to nature – but nature urgently needs our help. One of the most important things we can do is to join the fight to stop nature disappearing, and this new campaign from Botanica by Air Wick urges everyone to join us and WWF in that collective mission.”

The UK is one of the most nature-depleted countries in the world, with over 97% of its wildflower meadows lost since the 1930s, which in turn affects all that a meadow nurtures – from plants and animals like orchids, bumblebees, dormice, butterflies, moths and goldfinches, to its vibrant colours, fragrances and the food it produces. Botanica by Air Wick’s purpose is to connect people to nature, and WWF’s purpose is to protect and restore it – hence why the two organisations are working together to protect and restore wildflower habitats across the globe.

In the UK, that means supporting conservation projects in three key regions: the Wye & Usk river catchment, the Soar river catchment, and East Anglia, all with the aim of restoring 20 million square feet of UK wildflower habitats.

Alongside this conservation work, the #BringNatureBack initiative also asks people to help bring nature back by turning a corner of their garden, home or local community into a nature-friendly wildflower haven, with a 10-point guide from wildlife expert Steve Backshall offering advice on how to do so.